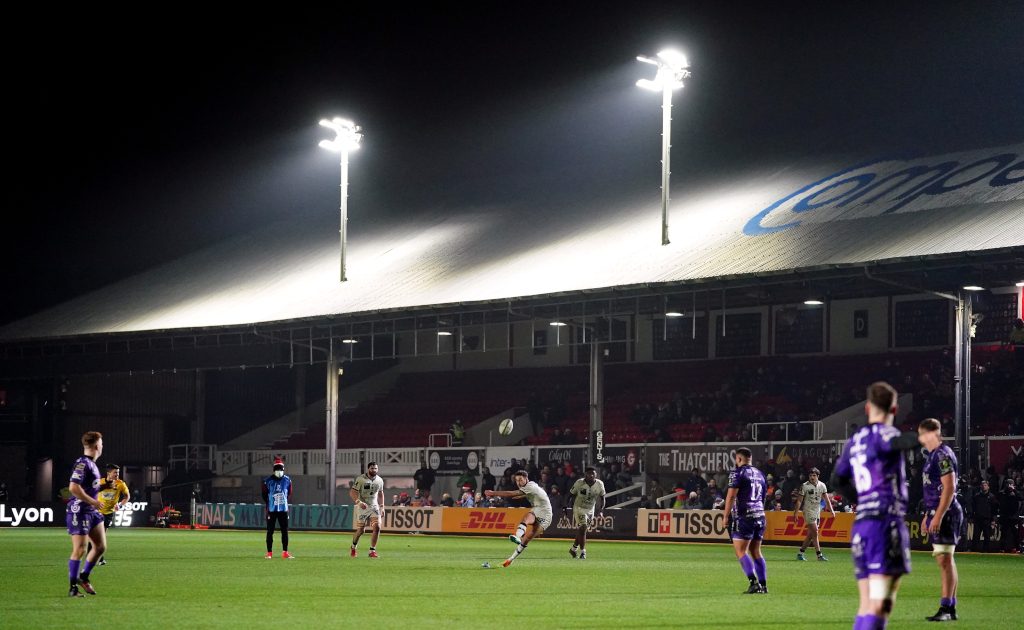 The Welsh government has decreed that sports events may be attended by no more than 50 spectators, with the restriction in place indefinitely.

With the United Rugby Championship heading into derby season, the Welsh regions were looking forward to some bumper crowds and some much-needed income over the festive season. Instead, once again, the grounds will be empty and so will the coffers, despite the show itself still going on.

“Nobody should underestimate this. It is devastating for professional rugby and sport. We have done everything to support, comply and drive/support Covid community initiatives,” wrote Buttress in a tweet.

“I may not be thanked for being frank, but this is horrendous news for us. This is brutal news.”

“The support they’ve put in place is inadequate, we have not been consulted and we have to make our case. Imagine the pressure we are all under already, politicians need to recognise their decisions have huge implications and they need to support them with accessible financial aid.”

The Dragons would have been hosting Cardiff on New Year’s Day in front of a sell-out crowd, with the other derbies on both Boxing Day and New Year’s Day affected, although the Dragons’ match at the Ospreys on Boying Day had already been postponed because of cases in the Ospreys’ squad.

Minister Vaughan Gething confirmed a £3m “Spectator Sports Fund” will be made available to clubs and venues across Welsh sport affected by the measures, but both BUttress and his Scarlets counterpart Simon Muderack are reeling from the likely financial hit they are about to take.

“The derby games are significant windfalls for us, they’re a big part of people’s festive calendars, they are things we enjoy putting on,” Muderack told BBC Radio Wales.

“The impact in itself is significant, the impact on the back of the past two years – and particularly the last eight weeks – truly is potentially catastrophic.”

The tournament organisers have also not helped, refusing to postpone the games to a time when spectators might be allowed, although it is difficult to imagine when the games might have been postponed to.

“First and foremost, we all understand that the health and wellbeing of everyone in Wales is paramount,” Cardiff director of rugby Young said.

“We all support that, but we have to be honest as well with how disappointing playing in front of no crowd is, especially over the festive period.

“What we would’ve like to have done is postpone it into a time in the schedule where supporters could attend the game.”

The disquiet was also evident in questions to Welsh politicians, most pertinently the query regarding why people could gather in pubs to watch games but not stadia.

“We are concerned not by how people behave at the ground, but the various other pinch points,” answered Welsh First Minister Mark Drakeford.

“How people travel to them, how people come and go from them, how people act in hospitality around them. There are risks there that we do not need to run. Given there will be thousands of cases by the time we get after Christmas, those risks are absolutely real.

“Those risks are very different if you are in a venue with far, far fewer people and with all the additional protections we have announced today.

“Yes, you will be able to be in a pub with the new protections in place and watch a game on television, but you won’t be there with 21,000 other people sharing the same space with you, trying to get in and out of the ground at the same time.

“The circumstances are not comparable in that way and that’s why we’ve treated them differently in the regulations I have announced today.”