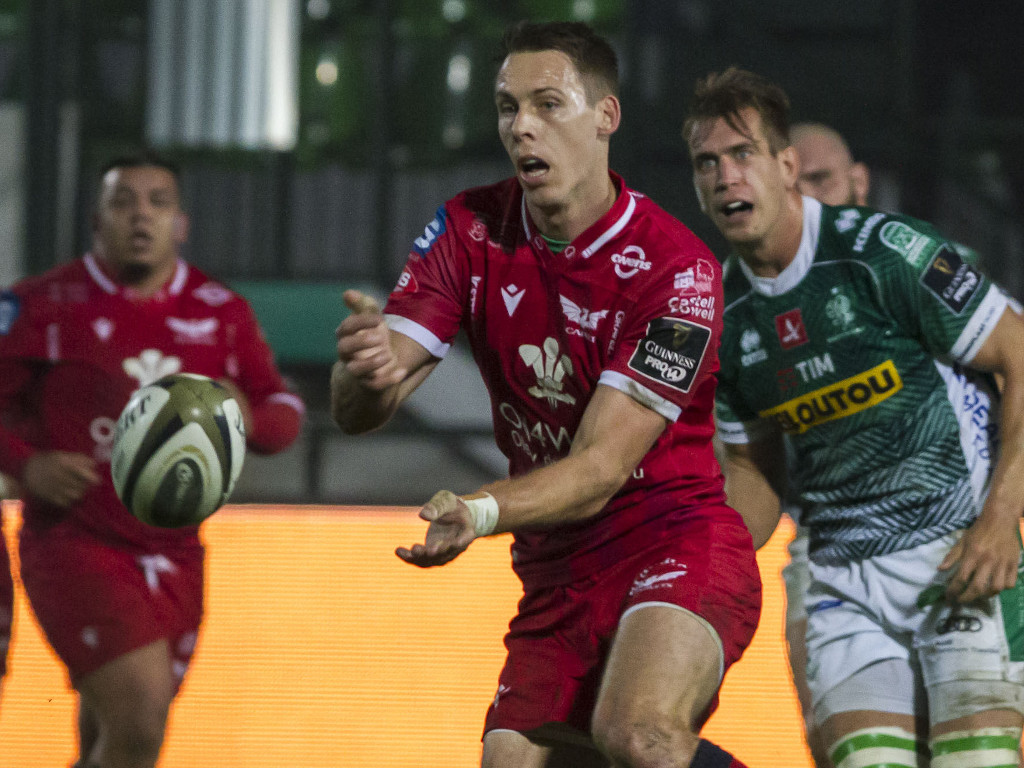 The PRO14 continues on Saturday as four matches take place, including the all-Irish affair between in-form Connacht and Munster.

Zebre will be keen to make it back-to-back PRO14 wins over Italian rivals Benetton when the two teams face off at Stadio Sergio Lanfranchi on Saturday.

On the back of a 24-15 away victory, Zebre have kept changes to a minimum for the return fixture, with just four alterations made to their starting XV.

Michelangelo Biondelli starts at full-back for Junior Laloifi while Giovanni D’Onofrio is on the right wing for Pierre Bruno in the backline alterations.

It’s an unchanged front-row but Mick Kearney is at lock for Leonardo Krumov, with the other tweak seeing Johan Meyer replace Maxime Mbanda.

Meanwhile, Benetton head coach Kieran Crowley has had to deal with some absences due to injury as they look respond after last week’s negative.

There’s a new centre combination as Marco Zanon and Ignacio Brex line up at 12 and 13 while Paolo Garbisi comes in at 10 for Tommaso Allan.

Cherif Traoré starts at loosehead prop in place of Ivan Nemer and Riccardo Favretto replaces Marco Lazzaroni, while there are two changes in the back-row; Sebastian Negri coming in at blindside flanker with Michele Lamaro captaining the team from number eight. They replace Giovanni Pettinelli and Marco Barbini respecitvely.

Centre Jamie Roberts returns to the starting line-up as Dragons face Ospreys in the PRO14 at Rodney Parade on Saturday.

Roberts missed the derby clash with Scarlets on New Year’s Day but makes his comeback for the first game of the year on home soil as boss Dean Ryan makes five changes to his side.

Wing Jared Rosser is also back in the team with Owen Jenkins moving to full-back.

Lock Joe Davies is recalled to partner Matthew Screech in the second-row while there is also a start for hooker Richard Hibbard against his former region.

The final change is a call-up for back-row Huw Taylor who starts his first PRO14 fixture of the season.

Changes among the replacements include the return of vastly experienced forward Lewis Evans and fly-half Arwel Robson.

For the Ospreys, Stephen Myler takes the reins as captain for the third of the festive Welsh derbies. He lines up alongside Rhys Webb at scrum-half.

Mat Protheroe returns to the starting line-up with George North and Luke Morgan on the wings. Owen Watkin also returns to partner Keiran Williams in the centre.

Keelan Giles makes his long awaited return to the matchday 23. After 454 days on the sidelines due to injury, the wing is named on the bench. Youngsters Reuben Morgan-Williams and Joe Hawkins are also named as cover.

🚨 TEAM ANNOUNCEMENT / CYHOEDDIAD TÎM 🚨
Here's your Scarlets 2️⃣3️⃣ to take on @cardiff_blues at the Cardiff City Stadium on Saturday (19:35)

Wales’ capital region have been boosted by the return of international trio Jarrod Evans, Cory Hill and James Botham, who missed out on last week’s defeat to Ospreys.

Willis Halaholo, who returned to action from the bench last week, makes his first start for the region since mid-November, while Matthew Morgan is introduced at full-back, making his 99th appearance for Cardiff Blues.

Josh Adams and Hallam Amos take their place on the wings as Tomos Williams partners fellow international Evans at half-back in the final festive derby.

Up front, academy products Corey Domachowski and Liam Belcher are brought into the front-row to join Arhip, while James Ratti forms a new-look second-row partnership with skipper Hill.

Leigh Halfpenny, Liam Williams, Jonathan Davies, Johnny Williams and Gareth Davies are included among 10 changes to the team that started in the win over the Dragons on New Year’s Day.

Halfpenny and Williams link up with Steff Evans in the back three, while Davies takes over the captaincy from fellow centre Steff Hughes. The British & Irish Lion partners Johnny Williams, who has recovered from a calf issue picked up on Wales duty. Gareth Davies and Dan Jones are the half-back pairing.

There is an all new front-row of Phil Price, hooker Marc Jones and Pieter Scholtz, who will make his first Scarlets start since his arrival from South Africa.

Tevita Ratuva replaces the injured Jake Ball at lock and will pack down alongside Sam Lousi. Josh Macleod is the other change in the pack, coming in for Dan Davis at openside.

Among the replacements, Kemsley Mathias will make his PRO14 debut if he comes off the bench, while Josh Helps returns from suspension to provide second-row cover. Kieran Hardy, who is set to make his 50th Scarlets appearance, Sam Costelow and Paul Asquith cover the backs.

Connacht have made four changes to their starting XV for Saturday’s crucial PRO14 interpro against Munster at the Sportsground.

After last week’s historic win at the RDS Arena, Andy Friend’s side have been further boosted by the return of a number of internationals and others after injury absences.

The first change comes in the front-row where Finlay Bealham is restored to tighthead prop – he lines out alongside Denis Buckley and Shane Delahunt.

After coming off the bench last week, Ultan Dillane now comes into the starting side where he partners Quinn Roux in the second-row, with Roux remaining as captain.

The pack is completed by Conor Oliver, Sean Masterson, and Sean O’Brien who has recovered from injury which has kept him out for the last six weeks.

Caolin Blade and Jack Carty continue at nine and 10 respectively, as do Tom Daly and Sammy Arnold in the centre after brilliant performances last weekend.

The final change comes in the back three where Ben O’Donnell comes in for his first start in a Connacht jersey – forming an exciting trio with Alex Wootton and John Porch.

Among the replacements include the returning Paul Boyle and Irish international Dave Heffernan.

For Munster, head coach Johann van Graan has made a number of changes from the starting XV which lost narrowly to Ulster last time out.

In the front-row, James Cronin returns to the side after successfully rehabbing an abdomen injury and he is joined by Kevin O’Byrne and Stephen Archer. Cronin is set to make his 100th PRO14 appearance on Saturday.

In the half-backs, Conor Murray and JJ Hanrahan renew their partnership alongside Damian de Allende and Chris Farrell in the centre.

Shane Daly, who is the only player to retain his position from the Ulster game, starts on the left wing. Keith Earls takes up the other wing spot and Mike Haley slots in at full-back.

There are two academy players named amongst the replacements; Josh Wycherley and Ben Healy.

Fineen Wycherley is set to make his 50th appearance for Munster if sprung from the bench.