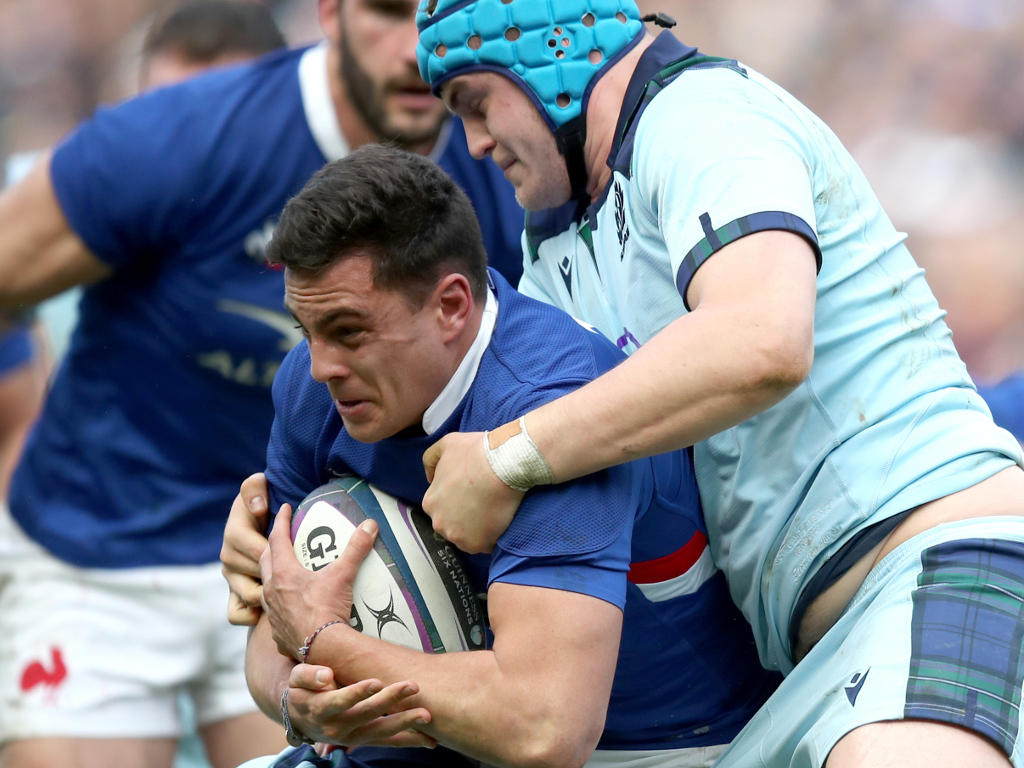 Scotland will have to wait until Wednesday to learn if their Six Nations clash in Paris will go ahead after France confirmed another five players had tested positive for coronavirus.

Les Bleus are due to host Gregor Townsend’s team at the Stade de France on Sunday – but the game has been thrown into doubt after an outbreak among Fabien Galthie’s squad.

The latest test results mean captain Charles Ollivon has been ruled out of the game – if it goes ahead – along with Cyril Baille, Peato Mauvaka, Romain Taofifenua and Brice Dulin.

The French Rugby Federation (FFR) has confirmed that two members of its management team are also suspected cases.

Head coach Galthie and star scrum-half Antoine Dupont are already among those in self-isolation.

Now Six Nations chiefs say they plan to meet again on Wednesday night to decide if their showdown with the Scots can go ahead.

The Six Nations said in a statement on Monday afternoon: “A meeting of the Six Nations Testing Oversight Group (TOG) took place today to review the situation in France in relation to the Covid-19 outbreak in the French team.

“The TOG was advised by the French Rugby Union representative that all players who returned to the National Training Centre yesterday were tested on arrival and put in isolation pending results.

“All five players who tested positive have now left the training base.

“The rest of the squad, all of whom tested negative, are training with restricted movement and no close contact for the next 48 hours. All players and staff will be tested every 24 hours.

“The TOG will reconvene on Wednesday February 24 in the evening to review the situation. A decision on whether the France v Scotland fixture can go ahead will be made at that stage. Ensuring the health and safety of all players and staff is our number one priority. Should the decision be that the fixture cannot go ahead, the match will be rescheduled for the earliest possible date.

“Six Nations would like to wish all affected players, coaches, and support team a speedy recovery.”

Scotland are keen for the game to go ahead on Sunday as a postponement could mean more than 10 squad members are unavailable for the rearranged match due to the player-release agreement in place with clubs.

A statement from the Scottish Rugby Union on Monday evening read: “Scotland’s national team are continuing their preparations to play France in Paris on Sunday.

“Our players, coaches and fans hope the game can go ahead in the existing tournament schedule.

“Any postponement will have an impact on the player-release agreement in place with clubs, which could see more than 10 Scotland players unavailable for selection if the game is rearranged.

“We will be working closely with our Six Nations counterparts to press the case for this game to go ahead, should it be medically safe to do so.”

Galthie and his assistant William Servat also tested positive earlier this week and have been placed in quarantine.

France are top of the championship after two rounds of fixtures, having opened their campaign with wins against Italy and Ireland.

A FFR statement said: “Following RT-PCR tests carried out on Sunday February 21, five new players tested positive for Covid-19, leading to the selection of five new players to prepare for the match against Scotland.

“The return to collective training is set for Wednesday February 24, subject to the results of tests carried out every 24 hours.”