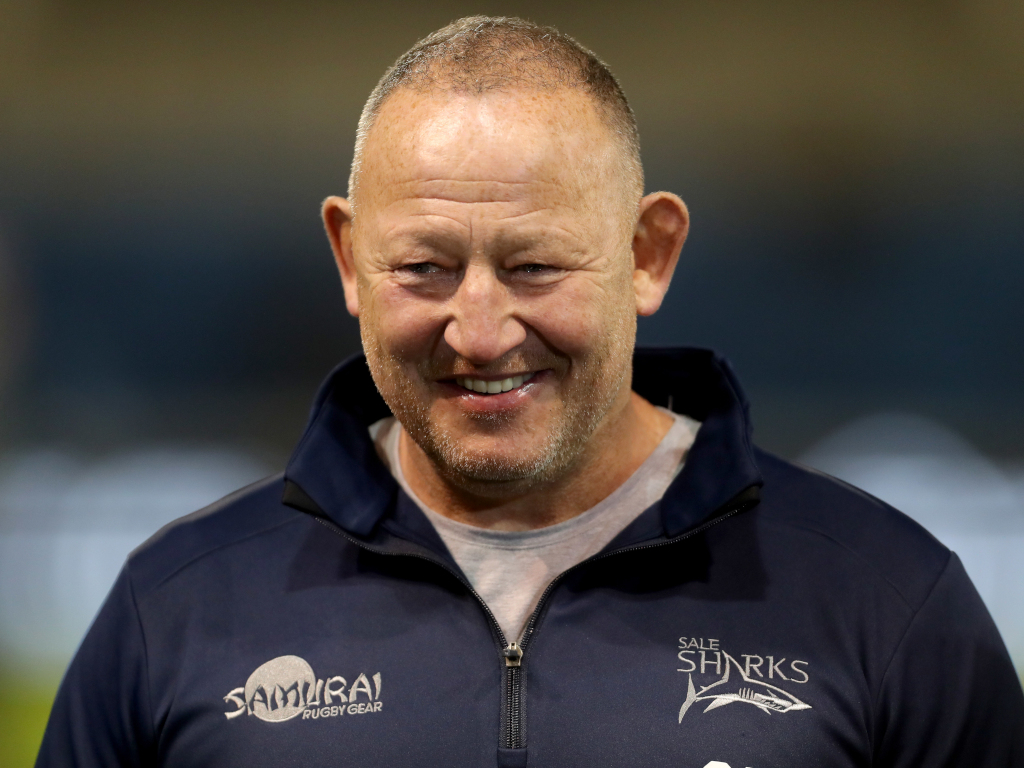 Sale director of rugby Steve Diamond says his club have been cleared of any wrongdoing in their handling of a Covid-19 outbreak at the Premiership side.

The Sharks were forced to forfeit their last match of the 2019/20 season against Worcester in October after a total of 27 players and staff members tested positive for Covid-19, which meant Diamond’s team missed out on the play-offs.

Diamond angrily dismissed claims that his players were partying and socialising throughout Manchester after their Premiership Rugby Cup victory over Harlequins on September 21 and says an investigation by the Rugby Football Union exonerated them.

He told a press conference ahead of Friday’s opening game of the new season against Northampton that the Sharks were also cleared by an investigation by Public Health England North West.

Diamond, who says he was hurt by criticism from fellow directors of rugby Pat Lam (Bristol) and Alan Solomons (Worcester), believes the outbreak at his club was due largely to a false negative test and a spike of Covid-19 cases generally in the North West.

“Quite rightly we were cleared by the RFU, ” he said. “Obviously we had a mass outbreak so they’ve got to have a look at it.

“I was a bit disappointed with rugby in general over the event where Pat Lam, Ugo Monye (BT Sport summariser) and Alan Solomons all jumped in on these false allegations that we were partying in the inner city and the student areas of Manchester which was a real poor thing to say with no evidence and obviously it was factually incorrect.

“There was a natural spike in the region and put that together with we were given a false negative, they would have been contributory factors to the outbreak.

“What happened to us could have happened to anybody. It happened to Wasps to a lesser extent and it’s recently happened to Leicester. We were the first and we were victims because we had a chance to go into the top four.

“We had another local authority investigation last week and they passed it with flying colours.”

🗣️ "Sale’s play-off quest is now over after they were forced to forfeit the game, a 20-0 win being awarded to Worcester." #GallagherPrem

Diamond says the club were visited by “professors in white coats” and investigators interviewed 12 players for half-an-hour each.

Sharks captain Jono Ross said: “Some of the comments made across rugby was quite disappointing, the players were hurt by that. It’s not nice to be accused of things that weren’t going on.

“I’m sure it will come out but the biggest disappointment out of everything was not to able able to have a chance of getting into the top four.”

Diamond is hoping the episode will be forgotten once his side kick off the new season on Friday against Northampton, whose 2019/20 campaign was also cut short due to the impact of the pandemic.

The Saints’ last match was against Sale and they were forced to forfeit their next fixture against Gloucester after contact tracing rules meant a number of their players were forced to isolate.

“We’ve put it to bed, we’ve not really talked about it,” Diamond added. “We managed to get four weeks off, which was the positive from it, and we’ve trained for two weeks pretty hard. Everybody is symptom free.”