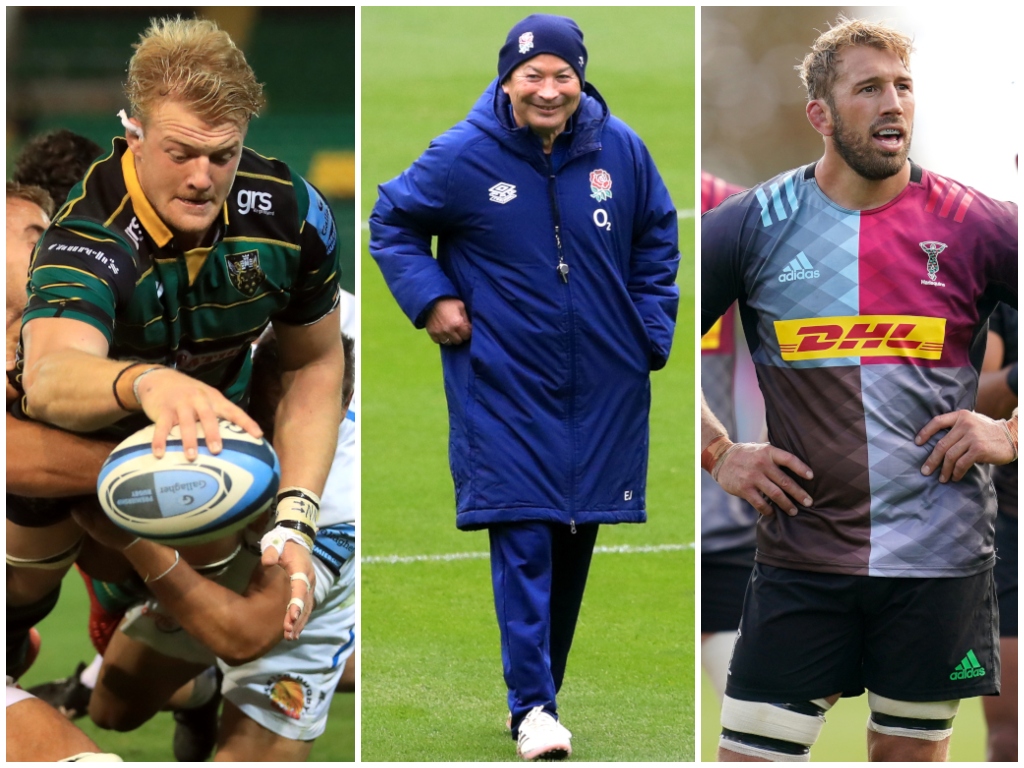 As a compressed but exciting domestic season draws itself to a dramatic conclusion, rugby on this Sunday turns itself to international focus, with England looking forward to six games in seven weeks. Planet Rugby’s James While was in attendance as Eddie Jones discussed his hopes and aspirations for the next couple of months.

With rugby in a state of disruption and uncertainty, one common factor witnessed at most of the big games since resumption has been the presence of Jones, examining in characteristic detail the options he has at his disposal.

With Bristol Bears and Exeter Chiefs both triumphing in Europe, Jones is excited about the next few weeks and is particularly keen to leverage the winning habits of some of his top players.

“It’s great to see players bringing the momentum of winning trophies into the camp,” he explained.

“I’ve been particularly impressed by Exeter and their winning ways, but also very pleased for all concerned at Bristol. It gives us a short-term benefit, members of the squad gaining confidence from knowing they’ve beaten some of their international opponents at domestic or European level and we, as coaches, try to take that into the team to create a long-term benefit for the whole environment.”

Moving on to the Test-match schedule, Jones’ squad, minus the players left competing in the European and Premiership finals, have already assembled and England’s coach is delighted with the mood of the squad.

“The two training camps we’ve already had have been excellent and the team is preparing well,” Jones said.

“Whilst we’re getting ready for a Test match, it’s also important players stop and are conscious of their wider responsibilities in a very difficult time for all. We want them to have smiles on their faces but also put smiles on other people’s faces – that’s crucial.

“The squad is a bit different and there are a few players who’ve not played much recently. We’ll be looking at a two-week selection for the Barbarians and Italy at the moment and again, focusing on short-term potential to be productive in the longer term.

“There’s some big opportunities to be had. We’re looking for someone in the role (lock) that George Kruis excelled in for many years. I worked with David Ribbans at the Stormers and I’m excited to see what he and Alex Moon can bring. At number eight Alex Dombrandt has also rejoined us and is in a lot better condition than he was last time around.”

Jones also dismissed the media’s outcry regarding Owen Farrell’s red card against Wasps a few weeks ago, emphasising that the Saracens star is working hard on every aspect of his game.

“The laws on tackle height have become increasingly more protective of the tackled player and that’s exactly the right thing,” he added.

“He made one mistake and we move on. As I went to the gym the other morning, he was already out tackling with the specialists. Owen is always working on every technical aspect – we all do it and all of the players do the same.”

Notable absentees from the squad include World Cup finalists Joe Marler and Elliot Daly, both of whom Jones confirmed are carrying niggles.

“Joe is coming along well. He’s about three weeks away from full fitness. Elliot has had a bang on the leg that we’re awaiting tests on and we’re not sure of the severity right now so I can’t speculate further.

“In terms of overall fitness, we’ve had two camps to get the players in physical shape and the standards have already been high, but we know we need to be better.”

England’s fixtures versus Barbarians have normally been a fun-filled affair at the end of the season in May but, with the paucity of international rugby since lockdown, this week’s game takes on a rather larger significance in terms of a ‘Test trial’.

Jones, a Barbarian himself, is excited at the prospect of the match but expects the BaaBaas to perhaps discard their reputation for entertainment in favour of a pragmatic approach.

“Look, it’s an iconic jersey and these are always tough games that have traditionally produced some memorable moments,” he said.

“It’s part of rugby culture; there’s always that incredible footage of Gareth Edwards in Cardiff from the 70’s, but in recent times who can forget Morne Steyn’s length of the field effort a few years ago?

Watch the first episode of The Next Level here 👇#WearTheRose

“However, this will be a tough game with a lot of players quite familiar with each other. I’m delighted for Chris Robshaw; he’s an outstanding guy and one that was on the receiving end of a tough decision when we moved on from his captaincy in 2016.

“His response was excellent. He went away, knowing what he had to do to remain in the team, in what was a difficult personal time for him and came back saying ‘I’ll be the best six or seven I can be.’

“He was an integral part of that 18-game unbeaten run, along with Dylan (Hartley) and Hask (James Haskell), so he can be proud of what he achieved for his country.”

Finally, with the news that the Australian “Super Coach” has recently been appointed by World Rugby to their virtual high performance academy, Jones was particularly upbeat about his personal opportunity to shape the future of the game.

“At the moment, ball in play time in internationals is about 35 minutes and that’s not enough. We need to get the game faster, get the ball in hand, get more of a balance between continuity and contact,” he added.

“You’ve got to work out whether traditional structures are beneficial for the game now or are holding the game back.

“And it just makes you more curious about looking to see what are the obstacles [stopping] you moving the game forward, what are the opportunities to progress and how do we improve?

“But, yes, I’m delighted to have been asked and of course I want to see the game get better.”