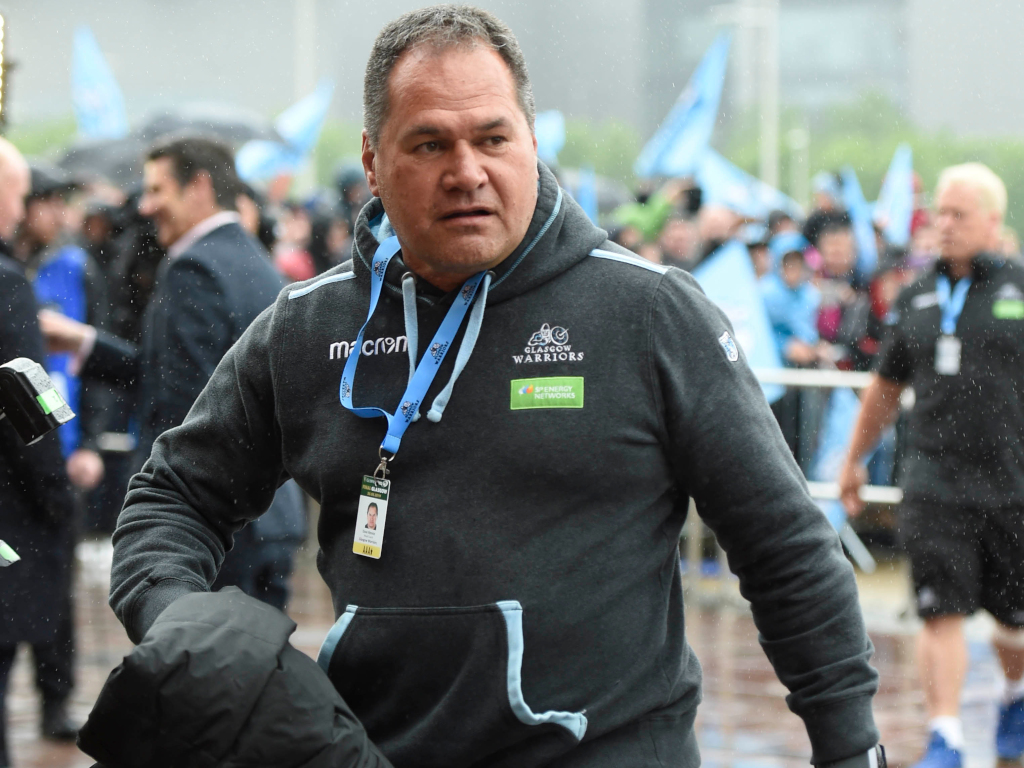 Glasgow Warriors head coach Dave Rennie praised the mental resilience of his side after they beat La Rochelle in their Champions Cup clash.

A 27-24 away victory puts Glasgow up to second in a pool which also contains Sale Sharks and Exeter Chiefs, with a home game against La Rochelle next on the schedule.

Tries from Callum Gibbins, Niko Matawalu and Kyle Steyn, along with 12 points from the boot of Adam Hastings was enough to secure victory for the PRO14 outfit but they were forced into some desperate defence late on.

La Rochelle scored two tries of their own courtesy of Dany Priso and Zeno Kieft, with Jules Plisson kicking 14 points.

“I thought our defence in the closing stages was outstanding,” said Rennie.

“We showed a hell of a lot of character to hang in there and our big men did a great job around our maul defence to deny them.

“This result shows we can win ugly and it puts us right back into contention in this pool although there’s still a lot of rugby to be played.

“Ali Price’s tackle late on to keep out their winger (Vincent Rattez) was also a key moment in the game. When we needed to be desperate to prevent them from scoring we were so I’m really pleased with that.”

Lively right-wing Rattez sparked the hosts into life with a 35-metre break after bouncing off a weak tackle from Fraser Brown. Rattez approached the 22 before offloading to Priso, who touched down underneath the crossbar with Plisson converting.

La Rochelle blindside flanker Kieft claimed their second try as he touched down from short-range before Gibbins touched down for Glasgow on the stroke of half-time.

Plisson extended La Rochelle’s lead with a straightforward penalty before Matawalu intercepted a pass from Victor Vito to run in unopposed from 70 metres out.

Scotland Sevens international Steyn put Glasgow ahead as he ran in from 45 metres out after gathering a perfectly executed cross-kick from Hastings, who converted to put the visitors 27-24 ahead with 15 minutes remaining.

La Rochelle threw the kitchen sink at Glasgow in the closing stages but the visitors managed to hold firm to record a crucial victory in the south of France.

Rennie was also pleased with Glasgow’s intent in attack, adding: “We exerted a lot of pressure at various times today.

“We were 13-3 down and struggling but we showed a lot of character to get back into the game. The issue in the first-half was we didn’t earn the right to go wide and we tried to go wide too quickly.

“We got that right just before half-time when we drove them over the line for the try. We had a period where we got down to the right ends of the field and asked the right sort of questions.”