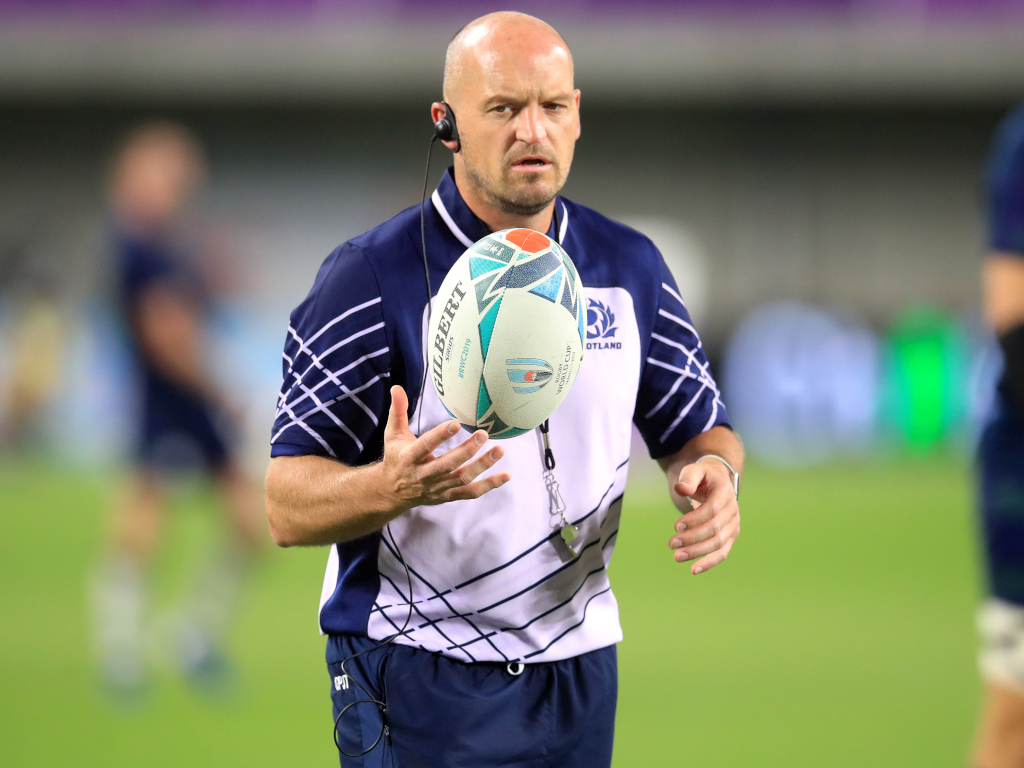 Gregor Townsend has called on World Cup chiefs to do everything they can to ensure Scotland’s win-or-bust clash with Japan goes ahead on Sunday – even if it means playing the crucial showdown behind closed doors.

World Rugby have been forced to call off two games on Saturday – including England’s meeting with France – as Typhoon Hagibis prepares to wreak havoc across Japan’s eastern coast.

But they have delayed making a decision on scrapping the Scots’ final Pool A match with the hosts at Yokohama’s International Stadium until the morning of the game in the hope that the worst of the storm will have passed by the 7:45pm (11:45am BST) kick-off time.

Scotland need to beat the Brave Blossoms to progress but cancelling the game would see the match recorded as a draw and spell the end of their campaign without them kicking another ball.

Such a shock move is certain to spark a huge backlash from the Scots faithful, especially as World Rugby had previously insisted they had contingency measures in place for typhoon season.

The Scottish Rugby Union have already insisted it “fully expects” plans will be made to ensure the game goes ahead, with Murrayfield sources expressing concern over the competition’s sporting integrity if it were called off.

But having also called off New Zealand’s clash with Italy – effectively knocking the Azzurri out of the competition – it appears World Rugby are not willing to budge on their rules that state pool matches cannot be rescheduled to a later date.

However, Townsend believes there are other ways to ensure the Japan clash goes ahead.

The Scotland head coach, speaking at a hastily-arranged press conference at the team hotel in Hamamatsu, said: “We believe the game hasn’t been cancelled because the weather forecast is much improved for Sunday.

“It looks like the game will be played and that’s what we have to keep faith with. (World Rugby) have made the call with a lot of certainty and a lot of confidence that the game will go ahead on Sunday night.

“I’d hope that everyone who is involved in the tournament would want the game to be played and that they will do all they can to ensure that it is.

“We have to have faith in the organisers that the game will be played even if it’s behind closed doors or at a different venue.”

Scottish Rugby fully expects contingency plans to be put in place to enable Scotland to contest for a place in the quarter-finals on the pitch, and will be flexible to accommodate this.”

He added: “There are lots of different venues that might not be affected by the weather. There are training venues. We trained at NTT. Japan trained at Prince Chichibu, which has previously hosted international games.

“What do we need? We need officials, we need players. The way I read the rules was that you can’t change days but you could change venues and contingencies would be in place.

“I’ve since been told there is force majeure (measures in the rules) and things can change because of exceptional circumstances.

“If that means Monday because it takes a day for things to be put back in order then who knows. But right now I think they’re planning on it going ahead on Sunday.”

However, tournament director Alan Gilpin has already ruled out a change of date.

Asked if Scotland’s game could be pushed back 24 hours, he told an emergency press conference in Tokyo: “We have looked again at the potential to apply some consistency to our contingency plan across all the games and we treat all the matches fairly.

“Italy are in the same position as Scotland are in. It is a huge match and we would be loving to play that game. But we won’t treat that match any differently.”

With the plans for Sunday’s match unchanged, Scotland are now set to ride into the eye of the storm.

While the Scots are readying themselves to travel to Yokohama on Friday, England are packing up and leaving town after their showdown with Les Bleus on Saturday at the same venue was called off amid fears the “explosive” super cyclone could bring extensive damage to the region if it stays on its current trajectory.

Hagibis was at one stage predicted to bring winds of more than 160mph to Tokyo and Yokohama on Saturday, with its effects also due to spill into the following day.

Asked if it would be a bitter blow to see Scotland dumped out on the back of a cancelled fixture, Townsend added: “It will make things very unusual for a World Cup in any sport to be decided by a game being called off on one day.

“Let’s say you’re looking out of your hotel window at five o’clock on Sunday afternoon and it’s sunny. It would be strange if a game couldn’t take place that day or the following day.”