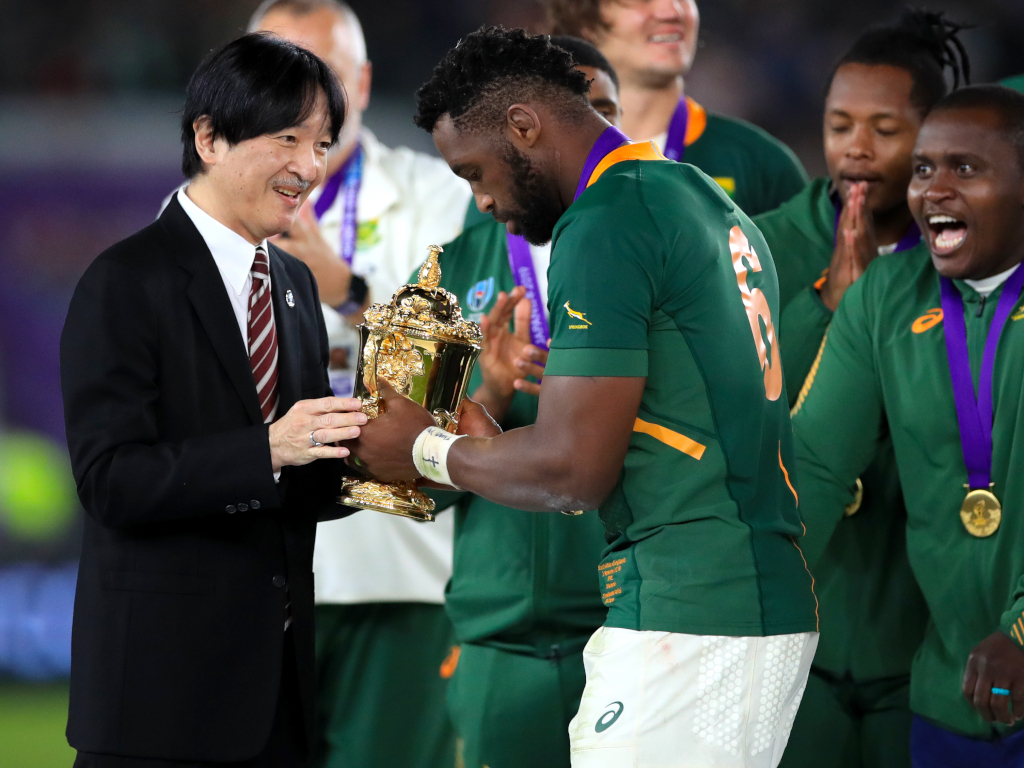 Kolisi, South Africa’s first black rugby captain, led from the front as the Springboks landed a third world title following victories in 1995 and 2007.

“Since I have been alive I have never seen South Africa like this,” he said.

“With all the challenges we have, the coach (Rassie Erasmus) said to us that we are not playing for ourselves any more, we are playing for the people back home, and that is what we wanted to do today.

“Thank you so much, we appreciate the support. We love you South Africa and we can achieve anything if we work together as one.

“I honestly can’t explain how I was feeling, seeing the joy in my team-mates’ faces, as I know how hard they have worked and the coaches have worked.

“We had to believe in each other and believe in the plan. He (Erasmus) kept telling us how good we are and he drove us to places we have never been before.

“The first meeting (between the players and Erasmus) was in Johannesburg and it was just straightforward.

“He told us exactly what we were doing as players – getting a lot of money and doing things off the field. We didn’t make rugby the main thing.

“He told us it had to change. The Springboks are more important than our personal goals. People lost salary to come and see us play.

“It changed our mindset, we cut off social media and we put heart and soul on the field. He is always honest with us. You always knew where you stood – we are really grateful.”

🗣 “I have never seen South Africa like this. We were playing for the people back home. We can achieve anything if we work together as one.”

Erasmus, who took over at the helm in March 2018, insists the pressure of playing for South Africa is a privilege.

He added: “In South Africa it (pressure) is not having a job, having a close relative who is murdered.

“Rugby should not create pressure, it should create hope. We have a privilege, not a burden.

“Hope is when you play well and people watch the game and have a nice brai (barbecue) and watch the game, and no matter of political or religious difference for those 80 minutes, you agree when you usually disagree.”

And he also paid a glowing tribute to 28-year-old Kolisi, who was appointed captain in May 2016 and has now lifted rugby union’s ultimate prize.

“It is easy to talk about going through hard times and struggling to get opportunities, but it is tough when there are days when you didn’t have food or couldn’t go to school or didn’t have shoes to wear,” Erasmus said.

“When you sit down and think about it, there was a stage when Siya didn’t have food to eat and, yes, that is the captain and he led South Africa to hold this cup and that is what Siya is.”

South Africa’s World Cup triumph has set up the 2021 Test series against the Warren Gatland-coached British and Irish Lions.

“When I took over, it was 618 days to the World Cup and we planned to win it,” Erasmus said.

“It is now 614 days to the British and Irish Lions and we will start planning now.”