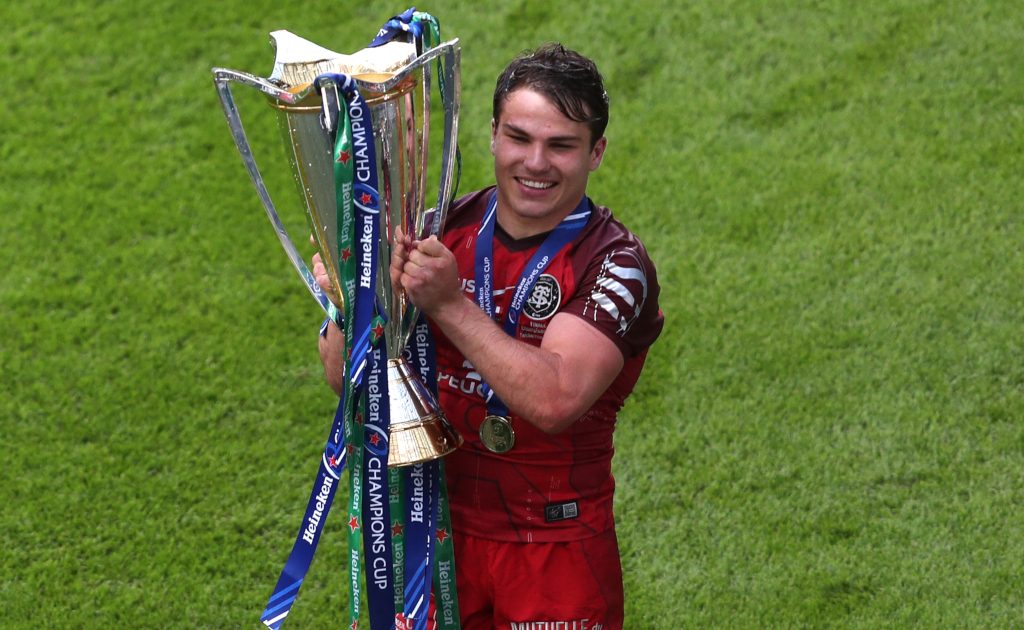 Star scrum-half Antoine Dupont has claimed that they are ‘carrying Toulouse’s tradition forward’ after the team sealed another top-tier European crown.

It has been a relatively long wait for Toulouse’s return to the highest echelons of the European game, with their previous triumph in 2010, and Dupont is pleased that the current crop of players have added to the club’s distinguished history.

“The club has an illustrious past in the Champions Cup,” Dupont told reporters. “We were the joint-top team in terms of number of Champions Cup wins.

“We can add a fifth star to our shirt, and we now realise that we form part of the club’s legacy and that we’re carrying that tradition forward.”

The icing on the cake for Dupont was becoming the European Player of the Year, but the scrum-half also praised team-mate and fellow nominee Jerome Kaino

“Indeed, I didn’t do too bad in the end, did I?” he said. “However, Jerome deserved it as much as I did.

“It’s always a difficult thing to receive an individual award while playing a team sport, especially in rugby. Of course, I am delighted, but this is also an award for the entire group.

“To be honest, the most important award for me is winning the trophy.”

The climax of the #HeinekenChampionsCup season at Rugby HQ in front of 10,000 fans, what a sight 😍

A dogged 14-man @stadrochelais pushed @StadeToulousain all the way, but couldn't stop them from claiming a record fifth title 👏

Dupont believes that Toulouse’s victory is reward for everyone at the club, including head coach Ugo Mola, who has built an impressive side over recent years.

Mola’s job was on the line in 2017 when Les Rouge et Noir finished in 12th position in the Top 14 table, but the club’s board kept faith with the 48-year-old.

The France scrum-half added: “We benefit from the experience of our elders like Ugo, who has been lucky enough to win, and the other members of the staff who were there today.

“It’s not a heavy weight to carry; it’s highly motivating, and I felt it the moment I got there and even more so when taking part in this competition.”