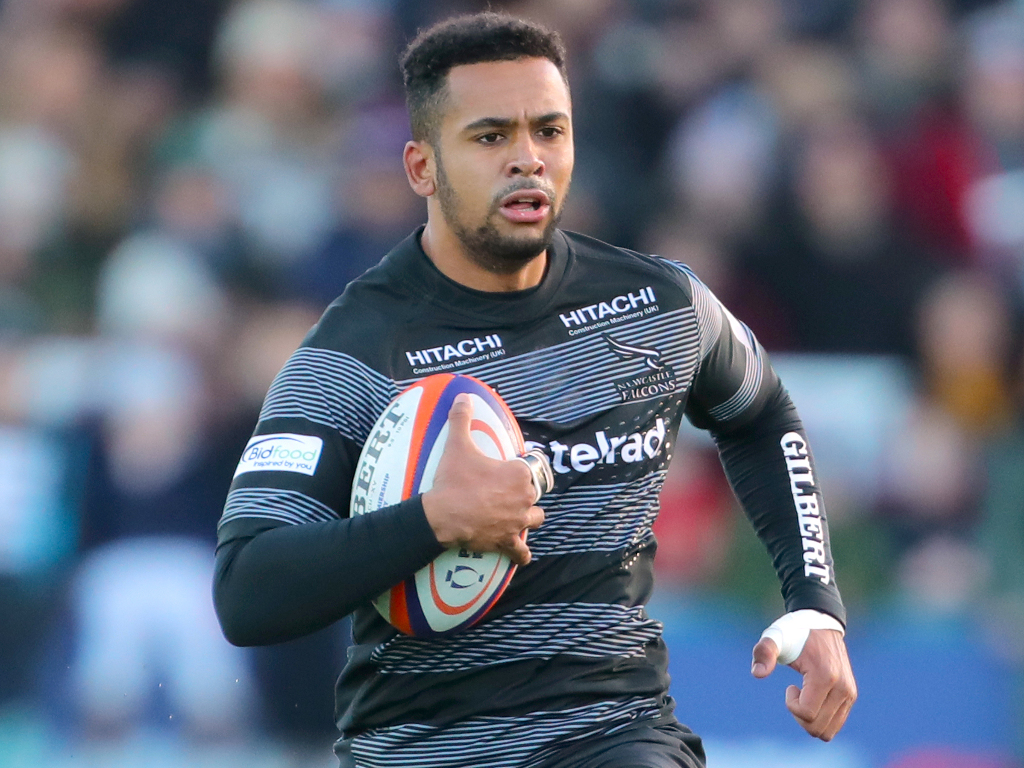 Wasps have announced the signing of wing Zach Kibirige ahead of 2019/20, who joins the Ricoh Arena side from relegated Newcastle Falcons.

The 24-year-old will make the move in the summer and becomes the Black and Golds’ 11th signing ahead of the upcoming Premiership campaign.

The Teesside-born wing signed for the Falcons Academy before making his debut at the age of 17 and announced himself with an 80-metre interception try on his league debut for the club.

Kibirige has represented his country at U17, 18 and 20 levels, with his biggest moment in an England shirt coming in the 2014 Six Nations match against Wales at Kingston Park, when he collected the ball in his own 22 and beat six defenders to score a stunning solo try.

In the summer of 2015 Kibirige added to his international honours when he was called up to the England Sevens side for the Rugby European Sevens Grand Prix Series event in Lyon.

During the 2018/19 season, the wing impressed in all competitions, scoring nine tries in 12 appearances for the Falcons.

Wasps director of rugby Dai Young said: “We didn’t expect a player of Zach’s calibre to become available at this stage of the season and it was simply too good of an opportunity to miss.

“Zach has lightning speed and power and has proven himself at the top level so I have no doubt he will add some real firepower to our flanks.

“Since the departure of Christian Wade, we’ve been looking to inject some raw pace into the side and with the signings of Zach and Paolo Odogwu, alongside Callum Sirker graduating into the first-team set-up, we have three exciting, young English-qualified players with a huge amount of potential.”

Kibirige said: “I’m looking forward to making the switch to Wasps and continuing to test myself at the top level. Hopefully I can show what I can do and drive standards across a competitive back three.

“I’d like to say a huge thanks to my hometown club Newcastle and the supporters for the past seven seasons and wish them all the best of luck in the future.”