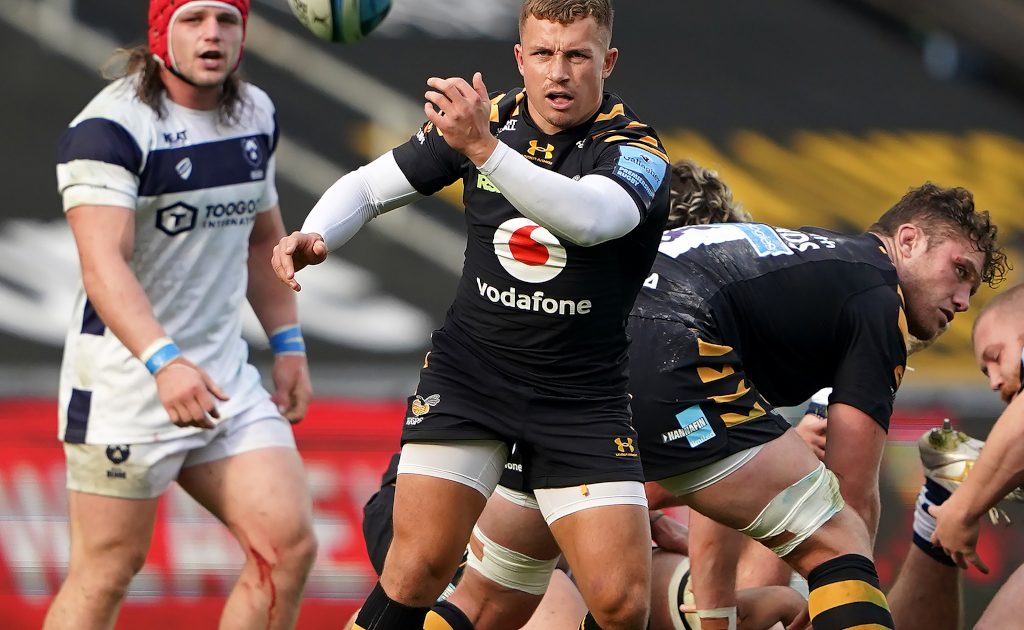 Edinburgh have announced the signing of busy scrum-half Ben Vellacott, who joins the PRO14 outfit from Premiership side Wasps.

The 25-year-old represented Scotland from U17s through to U20s while coming through the ranks at Hartpury College and played in the Junior World Championships in 2014.

Born in England but qualified to play for Scotland through his mother, Vellacott’s senior professional breakthrough came at Gloucester in 2017 before a move to Wasps in 2019.

Speaking about the prospect of joining his new club this summer, Vellacott told Edinburgh’s website: “I’m really excited about joining Edinburgh. The recent signings and re-signings show the direction the club want to go in and I’m delighted to be a part of that – as well as exploring a new area with my partner and Frenchie [French Bulldog].

“I believe it’s the perfect time and opportunity for me personally and I’m excited to play for the club and be part of the Guinness PRO14.

“It’s important to face new challenges in order to grow as person, which excites me.

“I’d really like to thank Edinburgh Rugby for this opportunity. I also want to say thank you to Wasps Rugby for the last two seasons and my family and friends for their consistent love and support.”

“His speed, speed of thought and speed of ball make him a real threat behind the scrum, keeping defences honest with attacking variety, which we hope will bring our link players and back-line into play.

“He’s a former Scotland age-grade player so is well known and well-liked in the group and brings some good experience from playing four seasons in the English Premiership and European Cup competitions.”