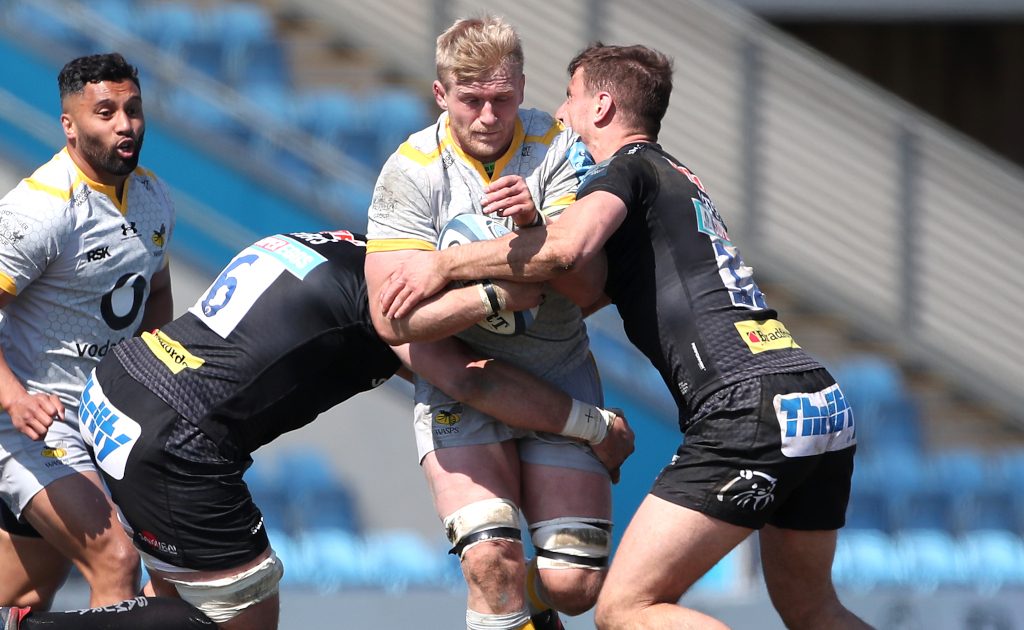 Wasps boss Lee Blackett was upset by his team’s second-half demise against Premiership champions Exeter at Sandy Park as they went down 43-10.

The Chiefs trailed 13-10 at half-time, but then scored 33 unanswered points – including five tries – to leave Wasps floundering.

It was their sixth defeat in the last seven Premiership games, and Blackett said: “They (Exeter) are a team with some very dangerous individuals, but we didn’t help ourselves.

“I am really disappointed with the last 30 minutes. I felt we rolled over far too easily.

“We are fit enough to play 80 minutes, and that scoreline shouldn’t have been that way.

“There are going to be positives in terms of set-piece and how much we created, but we are disappointed with our errors and that last 30 minutes.

Exeter responded to their Champions Cup exit by resuming domestic business in style.

There was also a 20-minute return off the replacements’ bench for Chiefs’ England wing Jack Nowell, who made his comeback following six months out due to toe ligament surgery and then a hamstring problem.

Exeter head coach Ali Hepher said: “To mentally come back within a week is a tough ask.

“There has been a lot of debriefing and analysing, and we have probably gone through that (Leinster) game as much as any game in the past, but equally on Wednesday we needed to draw a line under it and shift on.

“That was the challenge today, and we needed to be at a certain level, mentally, because last year they were in the final. They are a tough side.

“It was almost going to be who decides to keep going and keep driving it home, and who decides to have those negative thoughts, so the biggest thing (at half-time) was pushing the positive head.

“The doubts of a loss like last week do kick in, and you can get slightly reserved. This was always going to be one of those games when you get tested.”

And on Nowell’s return, Hepher added: “It was a bit of a bonus.

“We were aiming for next week (against Bristol), but he has been training really well and he has been itching to get out there for months now.

“I am pleased for him. He has put a lot of hard work in, and hopefully he has a strong end to the season.”