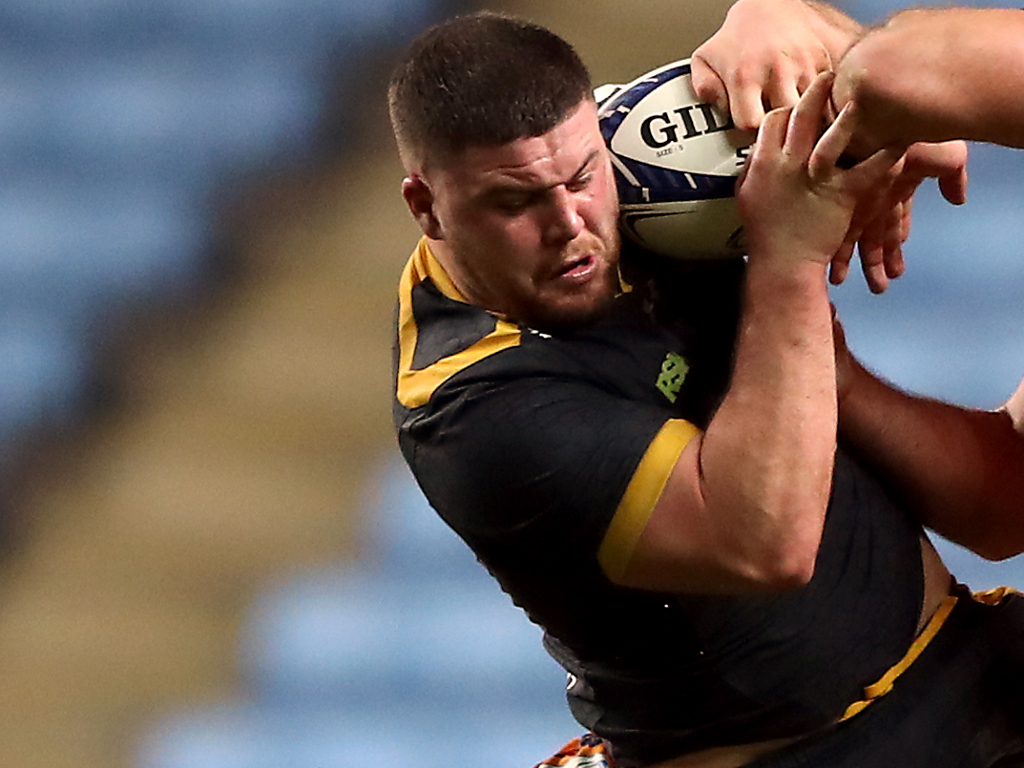 England prospect Alfie Barbeary has been challenged to return from his high ankle sprain a better player as he faces up to an extended spell on the sidelines.

Barbeary sustained the injury in the second half of Wasps’ 26-23 victory at Sale on Sunday and will see a specialist on Wednesday when he will discover if he needs surgery.

The 20-year-old sensation has built on a breakthrough 2019/20 by making five starts in the back-row this season, with his form resulting in a first training squad call-up by England during the Autumn Nations Cup.

But his progress has come to a temporary halt as he faces a six-to-eight-week lay-off even if surgery is not required.

Wasps head coach Lee Blackett said: “Alfie has a syndesmosis injury. Whenever you have that injury it’s not the greatest but it’s not an out-and-out disaster.

“It’s hard to know how long he’ll be out for as there are still question marks as to whether he needs surgery. It’s a guessing game until he sees the specialist.

“Like any player he’ll be frustrated. I’ve been really pleased with Alfie recently – he’s got better and better and had big impacts on the game.

“I’m disappointed for Alfie but we’ve got to make sure that he’s a better player when he comes back.

“We’ll work really hard behind the scenes, for however long he’s out for, to make sure he comes back better than when he left us.”

Winger Zach Kibirige was knocked out against Sale and he will definitely miss Saturday’s rematch of the 2020 Premiership final against Exeter Chiefs.

“It’s really important that we do the right thing for Zach in this instance. We won’t be rushing him back,” Blackett said.

Only Italy full-back Matteo Minozzi remains unavailable of Wasps’ international contingent as he completes his mandatory rest period after being on international duty during the autumn.