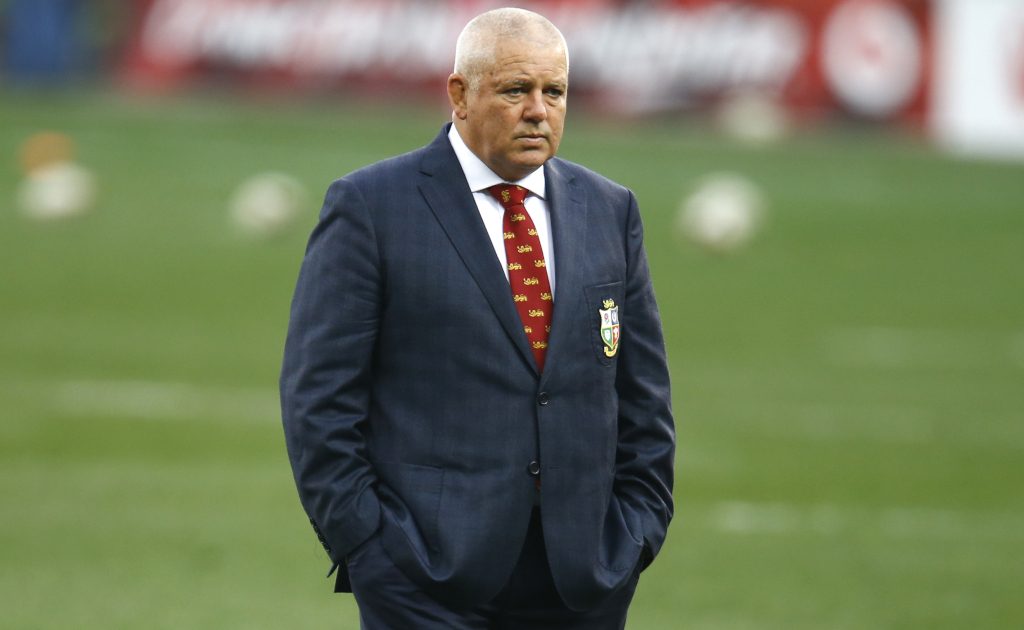 Former Wales captain Gwyn Jones has branded the 2021 British and Irish Lions series as a “disaster” and said the Lions’ series defeat should ensure Warren Gatland never coaches the famous touring side again.

Jones reviewed the 2021 Lions series – which the Springboks won 2-1 – in a column for WalesOnline, and wrote that a “toxic environment” was created by both coaches taking the game to “new lows.”

The former flanker, who played in 13 Tests for Wales between 1996 and 1997, took aim at Gatland, labelling his conservative tactics as uninspiring and feels the New Zealander should never coach the side again.

“The Lions series was a disaster. The two most stubborn and uncompromising coaches in world rugby tried to beat each other by being the most negative,” wrote Jones. “Rugby reached new lows, on and off the field.

“I’ve always hated the mind games in the press that others seem to enjoy. It spilt over during this series and created a toxic environment that dragged the reputation of the game to unnecessary depths.

“On the field, South Africa held a mirror up to Warrenball as the two sides conspired to play the least inspiring game of rugby in history. With the help of endless TMO intervention, they succeeded.

“The only light relief came from loose cannon Finn Russell; a fly-half unwilling to be shackled by the Warren Gatland strait-jacket. Suddenly it looked like a game of rugby again, but it was too late.

“The rest of the Lions players were unable to re-engage their rugby playing minds after weeks of methodical removal of their free will.

“What saddens me about this tour is that this was meant to be the highlight of their careers. These talented and enthusiastic young men are at the pinnacle of their profession and the memories they have will not be what they should have been.

“There is no shame in losing, but by being so conservative and risk averse, they were prevented from giving it their best shot. That must be a huge regret.

“It should also dissuade the Lions committee of appointing Warren Gatland ever again.”