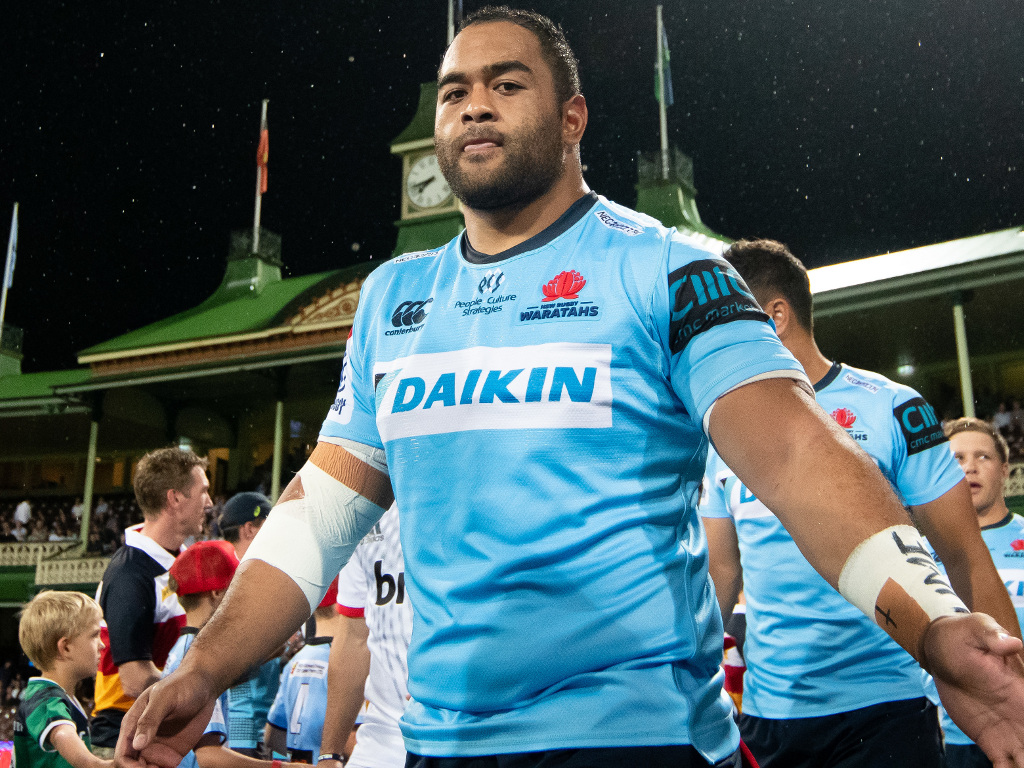 The Waratahs have continued to bolster their squad for the 2020 Super Rugby season, securing the signatures of Chris Talakai and Mitch Short.

The returning duo – who have been plying their trade with Sydney University and Randwick respectively – are set to feature heavily in the upcoming National Rugby Championship (NRC).

Short will line up for Sydney under the guidance of Chris Whitaker, while Talakai will suit up for the Country Eagles in the eight-week tournament starting in late-August.

Talakai joined the Waratahs during the 2019 pre-season, earning 14 caps during his debut season.

The prop has signed on for two more seasons, keeping him in sky blue until the end of the 2021 Super Rugby season.

“I’ve had my share of injuries and surgeries that have limited my game time in recent years, so I’m grateful to have been given the opportunity to play a full season of Super Rugby – it’s been an amazing experience,” said Talakai.

“I feel great physically and being in a professional environment has been really beneficial for my game, along with working with guys like Keps [Sekope Kepu], Tom [Robertson], Tolu [Latu] and Simon Cron – I’ve learnt so much in the last 12 months.”

Short arrived at Daceyville in 2018 from the Western Force, deputising to Nick Phipps and Jake Gordon during two Super Rugby campaigns.

Inking a one-year extension, the scrum-half will be looking to add to his six Super Rugby caps in 2020.

“To be able to pull on that sky blue jersey was a dream come true for me, I’m excited to be at the Waratahs for another season,” said Short.

“I’ve been given a few opportunities [to play Super Rugby] over the last two seasons and the ability to learn from Chris Whitaker and competing with Jake [Gordon] and Nick [Phipps] has been a great experience.

“I’m really looking forward to playing in the NRC over the next few months and then moving into pre-season for 2020.”

“Chris arrived during pre-season [in 2019] and despite not being contracted at that time worked really hard, took his opportunity with both hands and was eventually rewarded,” said Rapp.

“He was involved in almost every game for us [in 2019] and contributed really strongly on the field and in training – this contract extension is testament to his commitment and drive.

“Mitch has been with us for a few years now and has had the opportunity to work with two of the country’s best in Fang [Nick Phipps] and Jake [Gordon].

“With Fang heading overseas [in 2020] there’s a real opportunity for Mitch, he’s been great in both club rugby and the NRC and we feel he’s well placed to make the most of that.”