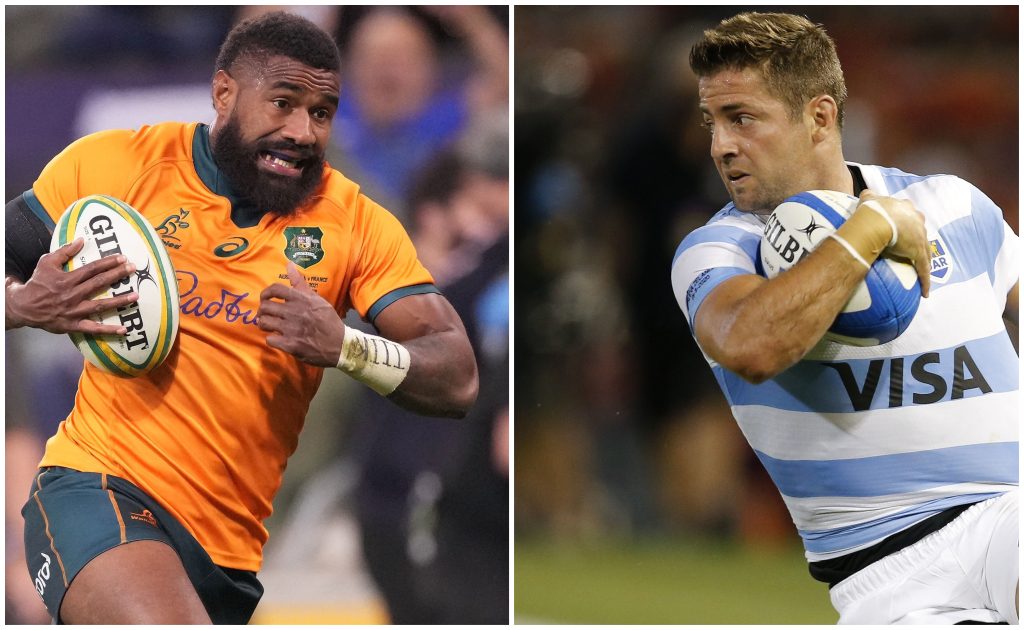 Australia will be keen to continue with their fine recent form when they host Argentina in their Rugby Championship clash in Townsville on Saturday.

After impressing against the Springboks in their previous two Tests, the Wallabies are brimming with confidence as they were deserved winners in both those encounters.

Those results were significant as it was the first time that Australia have won successive matches since head coach Dave Rennie took charge of the team last year and to achieve that against the reigning world champions is a big feather in the cap for the New Zealander.

After losing all three of their Bledisloe Cup Tests, there was plenty of pressure on Rennie and his troops and if truth be told few people expected them to win either of those games against South Africa.

The manner of their second victory against the Boks would have pleased Rennie as they performed much better than the previous Test win on the Gold Coast.

But beating the Pumas will not be an easy task as they also showed signs of improvement when they lost to the All Blacks last week. Unlike their 39-0 defeat to New Zealand in the corresponding fixture the previous week, they were competitive for long periods in that game in Brisbane and we expect to build on that effort this weekend.

Argentina currently occupy bottom spot on the table and will be hungry to pull off a result against Australia after also suffering back-to-back defeats to South Africa.

The biggest improvement on that first loss to the All Blacks was their defence and although they conceded five tries, there were long periods when they kept their highly rated opponents scoreless.

That is coupled with growing confidence against Australia – with their two matches last year ending in draws – and although they head into this fixture as underdogs, they will fancy their chances of upsetting the apple cart.

These teams could not be separated when they met during last year’s Tri Nations at Bankwest Stadium in Sydney, with their Test finishing in a hard-fought 16-16 draw. Heavy rain was prominent throughout with the Pumas dominating the early exchanges and they held a 13-6 lead at half-time courtesy of penalties from Nicolas Sanchez and Domingo Miotti, as well as a try from Bautista Delguy which was converted by Miotti. The Wallabies’ only points during that period came via two penalties from Reece Hodge. Miotti and Hodge traded further penalties which meant Argentina held a 16-9 lead by the hour-mark – after Lukhan Salakaia-Loto was red carded for a dangerous hit on Santiago Grondona – before a 66th minute try from Michael Hooper, which Hodge converted, clinched the draw for the home side.

Although the Wallabies have returned to winning ways, replacement lock Darcy Swain said they were not underestimating the Pumas.

“(We’re) taking nothing away from them, they are a great side and we know they play with plenty of physicality and passion,” he said.

“We’re giving them the same respect as we give South Africa, New Zealand but we have to go out there and focus on our game knowing there are a lot of threats but also opportunities.

“We have to be good on both sides of the ball if we want to get away with the win.

Meanwhile, Los Pumas captain Julián Montoya believes his team have to improve in most facets of play if they want to beat their hosts.

“What we talked about for this game was scoring points every time we reached the 22 zone, which was something we couldn’t do and we had quite a few opportunities, in fact, more than those that are usually presented in this type of game,” he said.

“Also the scrum is something that is costing us, and we are training it a lot every week. Then we are focusing on defence, we want it to be the flagship of this team and it has been since last year. Everything has room for improvement and that is what we try to do, try to be better, train hard and not look for any shortcuts, no excuses.”

With Tom Banks ruled out for the rest of the tournament, after breaking his arm against the Springboks in Brisbane, Reece Hodge comes into the Wallabies’ run-on side at full-back. This is Hodge’s first Test start since last year’s Rugby Championship and he will be determined to build on last weekend’s performance when he impressed when coming off the bench to replace Banks in the first half. Hodge has been a steady performer for Australia in various positions since making his Test debut in 2016, with his booming boot one of his biggest assets, and he will be hoping to put his side on the front foot with some long-range kicks at goal and out of hand.

Another Wallaby who will be keen to carry on after impressing against the Boks is Taniela Tupou, who, like Hodge this week, made his first start in this year’s tournament last time out and took his opportunity with both hands. The Tongan Thor did well in the execution of his core duties, with his scrummaging particularly impressive, but he made his biggest impact with ball in hand and his offload in the build-up to Marika Koroibete’s first try was a thing of beauty.

For the Pumas, keep an eye on Emiliano Boffelli, who was in the thick of the action against the All Blacks in Brisbane as he scored all his team’s points courtesy of a converted try and two penalties. The Edinburgh-bound flyer possesses great playmaking skills and is dangerous on the counter attack. A versatile player, the 26-year-old has started Tests at full-back as well and is also capable of relieving pressure with accurate touch-finders.

Another player who will be crucial to Argentina’s cause is experienced second-row Tomás Lavanini, who played one of his better Tests in that second defeat against New Zealand. Lavanini delivered a fine all-round performance with his lineout work and ball carrying solid throughout while his defensive work was outstanding as he finished that game with a match-high 19 tackles without missing one. A similar effort this weekend will be greatly appreciated by his coach and team-mates.

Both sides have attacking threats in their ranks and employ expansive game-plans which means excitement machines Marika Koroibete and Santiago Cordero should get plenty of opportunities with ball in hand out wide. Koroibete heads into this encounter in a rich vein of form after crossing for two stunning tries during the recent win over the Springboks. A powerful runner, the code hopper’s overall game has come on in leaps and bounds since joining the 15-a-side code from rugby league in 2016 and Rugby Australia director of rugby Scott Johnson described him as the world’s best wing earlier in the week. That theory will be put to the test by Cordero, who is a handful to most opponents and his quick feet and excellent skill-set should test Koroibete’s defensive capabilities.