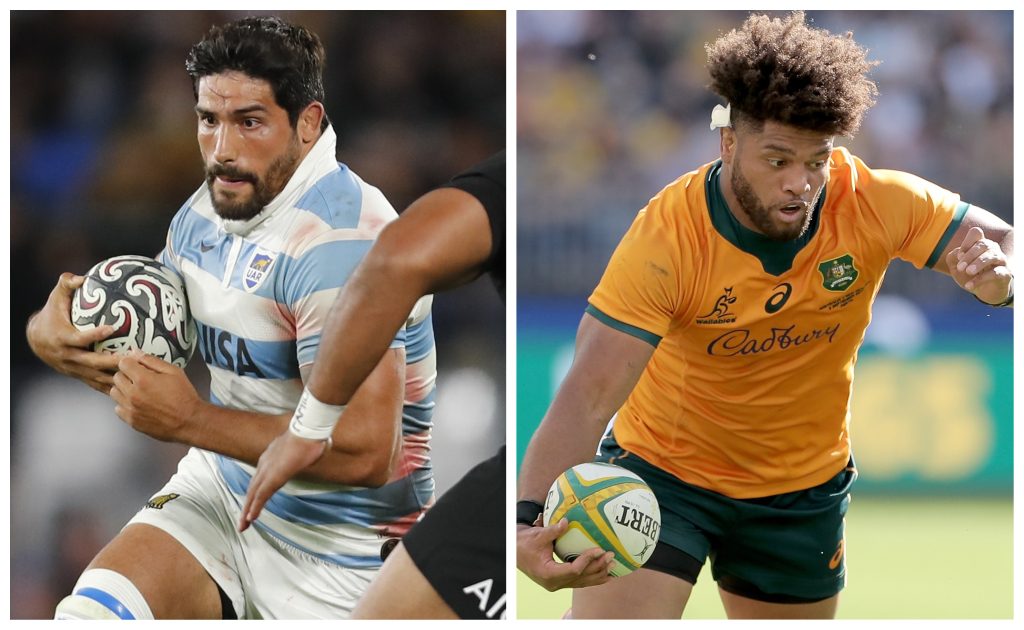 After meeting in Townsville last weekend, Argentina and Australia will do it all over again when they face each other in their final Rugby Championship Test of the year on the Gold Coast on Saturday.

The build-up to this encounter has been overshadowed by Thursday’s news of six Los Pumas players being ruled out of the fixture after breaching Queensland’s health orders when they crossed the New South Wales border on their scheduled day off.

That error of judgement proved costly for the South Americans as three of those players – Pablo Matera, Santiago Medrano and Santiago Socino – were in action when they suffered a 27-8 defeat against the Wallabies last weekend.

That setback compounds the team’s misery as Saturday’s rematch with Australia is a last chance saloon for them in the competition. The Pumas are currently languishing at the bottom of the table with zero points after losing all five of their previous matches and will be desperate to claim that elusive win against the Wallabies.

While Argentina are a team who are going through a slump, the opposite is true of Australia, who are on the up after some impressive results this year.

They started the campaign by claiming a 2-1 series victory against France in Australia and although a host of Les Bleus’ first choice players were not included in their touring squad, they still delivered competitive performances in all three Tests and the Wallabies appear to be benefiting hugely from the groundwork laid in those fixtures.

Following that triumphant series, they lost three successive matches against New Zealand but got their campaign back on track with back-to-back wins against South Africa before that victory in Townsville over Argentina and they will be keen to finish the tournament on a high with a polished performance.

Last weekend’s match saw the Wallabies controlling proceedings for long periods but although they sealed a 27-8 victory, the Pumas proved a tough nut to crack and Dave Rennie’s charges did not secure a bonus-point. Australia made a bright start and were leading 17-3 at half-time courtesy of tries from Reece Hodge and Samu Kerevi which were both converted by Quade Cooper, who also added a penalty, while Emiliano Boffelli slotted a three-pointer off the kicking tee for the Pumas. Argentina were more competitive in the second half and an early Julián Montoya try gave them some hope but the Wallabies finished stronger and were rewarded with another try, from Andrew Kellaway, as well as a conversion and a penalty from James O’Connor.

Wallabies prop James Slipper said although beating the Pumas last week gives them an edge, they are not getting comfortable ahead of the rematch and are looking at ways to improve.

“That’s the challenge. Us as a squad, we want (to) consistently improve and we’ve built a bit of success over the past couple of weeks which is pleasing but I think ‘Rens’ said it best, there’s plenty of improvement in us,” he said.

“Where we want to be is a lot higher so for us, it’s about training each week and trying to ensure we tick all of the boxes and make sure we’re consistently improving.

“Argentina are a good team so if you don’t keep improving, they’ll find a way to beat you. Our mindset is solely on this weekend and going again.”

Wallabies scrum-half Nic White admitted there was improvement in their ranks but expects another tough challenge against the Pumas.

“That’s just the respect that Test footy has and the opposition we’re going against, we’re going against Argentina who are extremely well drilled in their defence,” he said. “You seem to dent the line but they have 15 guys in front of you straight away again.

“I think we’re getting there, certainly in the last month, we’re showing we are a lot more patient in the gameplay and trying to build a game.”

With Marika Koroibete rested for this fixture, Jordan Petaia returns to the Wallabies’ run-on side and he will be keen to make the most of this opportunity after playing a bit-part role mostly off the replacements bench. A schoolboy sensation and the third youngest Wallaby in Test history, Petaia has battled to overcome numerous injury issues in recent seasons but when he is fully fit he’s a real handful with ball in hand. Blessed with searing pace and a great skill-set, the 21-year-old will be difficult to contain if he builds up a head of steam.

Also look out for Sean McMahon and Greg Holmes, who are set to get some action off the replacements bench after last representing their country in 2017 and 2016 respectively. At 38, Holmes’ possible appearance will be particularly significant as he will become Australia’s oldest Test representative since World War II if he gets onto the field.

👀 Keen for a bit of this on the weekend!

For Argentina, back-rower Marcos Kremer will be keen to make an impact after a nightmare performance in last weekend’s encounter in Townsville. The 24-year-old’s poor discipline proved costly as he was penalised unnecessarily twice after his team had already been awarded penalties of their own. A strong ball carrier, excellent lineout operator and solid in defence, those qualities mean he is a regular in Los Pumas’ starting line-up but he will have to improve his discipline if Argentina want to win this match.

Another player who will be vital to the Pumas cause is Santiago Carreras who, despite his side’s poor form, has done well since being a surprise selection at fly-half in Argentina’s second game against New Zealand in Brisbane a fortnight ago. Although the Pumas have lost all three of their subsequent matches, Carreras has not disgraced himself as he keeps defences guessing with his unpredictability and a vast array of skills. If Argentina manage to clinch that elusive win, don’t be surprised if he plays a big part in helping them achieve that goal.

The forward battle will be huge in this match and keep an eye on the duel between the number eights Rodrigo Bruni and Rob Valetini, who will be expected to put their respective teams onto the front foot with some strong carries from the base of the scrum. Bruni returns to Argentina’s run-on side after missing their last two Tests against New Zealand and Australia through injury and he will be eager to make up for lost time. He prides himself on physicality and energy but he faces a tough adversary in Valetini, who is no slouch in either of those facets of play. The latter’s switch to number eight from the blindside flank has worked out well for the Wallabies as he is one of their most improved players and both he and Bruni will be vital cogs for their respective teams.

Although the Pumas will be highly motivated to secure their first victory in this year’s tournament, they face a Wallabies side who are improving with every outing and they too will be determined to go out on a high. Australia to win by 13 points.