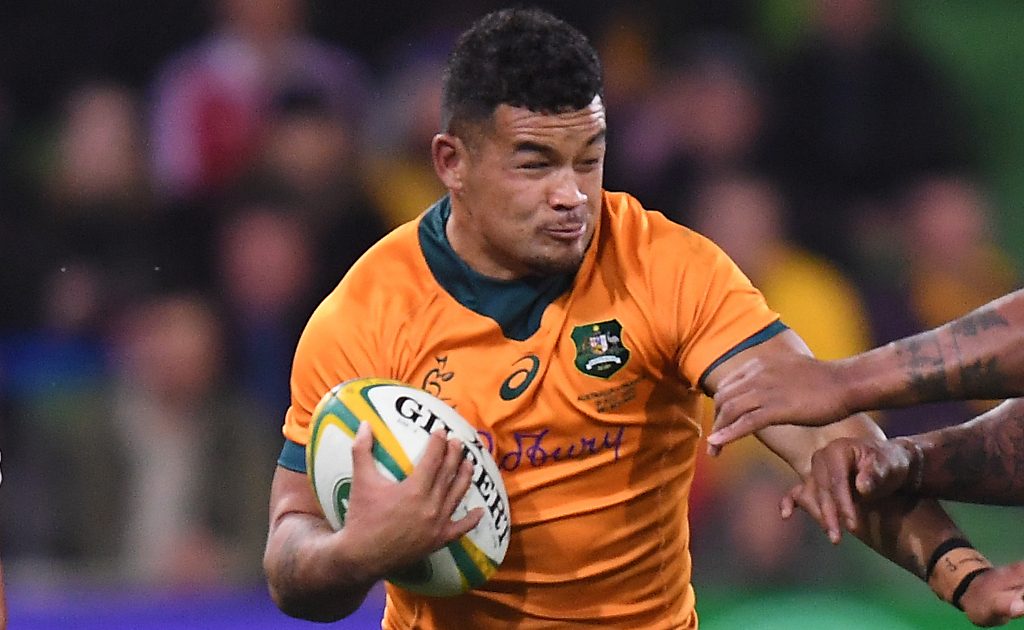 Paisami has not featured for the Wallabies since the Bledisloe Cup, returning to the squad after leaving for the birth of his child.

He comes in for Kerevi, who failed to overcome an ankle syndesmosis injury suffered during the final round of the Rugby Championship against Argentina.

“While it’s disappointing for Samu not to be able to play in Japan, Hunter started the first five Tests this year prior to the birth of his daughter and is chomping at the bit for another opportunity,” Rennie said in a statement.

Rennie has made three further changes to the starting side that defeated Argentina on the Gold Coast, opting to recall lock Matt Philip to the run-on side.

He partners Izack Rodda in the second-row, with Rebels team-mate Rob Leota coming into the back-row at blindside flanker.

Brumbies wing Tom Wright joins Paisami in the starting backline, with fly-half Quade Cooper cleared to play after some conjecture surrounding his availability.

On the bench, Brumbies hooker Connal McInerney is in line for his debut, named alongside his club captain Allan Alaalatoa, returning to the matchday squad following the birth of his first child.

“Connal’s strong set piece and all-around game has earned him a chance to represent his country, which is a proud moment for him and his family,” said Rennie.

“We’ve got a huge amount of respect for the Brave Blossoms who are now competitive with the best sides in the world.