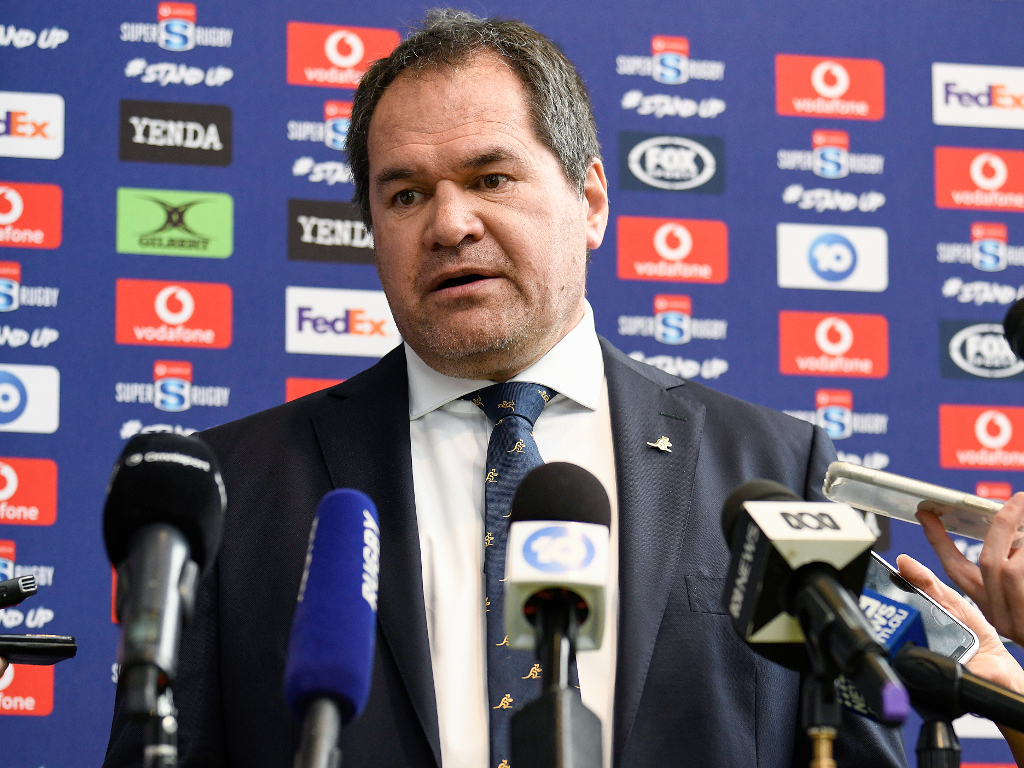 Wallabies head coach Dave Rennie said his side were not celebrating their 16-16 draw with the All Blacks, despite playing well throughout the Bledisloe Cup Test in Wellington on Sunday.

Utility back Reece Hodge had the chance to win the match for the visitors in the 83rd minute, but his cannon of a right-boot from 53 metres out struck the right-hand upright.

Incredibly, however, the Wallabies regathered the ball and went in search of a match-winning try. It proved to be the wrong decision as they lost the ball instead of attempting a drop goal from right in front of the posts.

“James O’Connor dropped back, but I’m not sure what happened there around communication but we ended up going a bit wider and turned it over; opportunity lost obviously,” said Rennie in his post-match press conference.

The All Blacks then had the chance to rub salt into the wound as they battered the Wallabies’ line, having been awarded consecutive penalties to work their way up to the opposition line. But they too refused to take a drop goal from straight in front of the posts.

In the end it was left to O’Connor to kick the ball out into the stands in the 88th minute, thereby ending one of the most dramatic Bledisloe Tests this century.

“That was wild at the end,” reflected Wallabies captain Michael Hooper after his 100th Test.

“There was four seasons in that game at the end.”

While the result would have surprised many, the Wallabies weren’t content with simply coming away with the draw.

“We’re certainly not celebrating in the changerooms.”

The Wallabies fought their way back from 13-3 down after 50 minutes through tries to explosive wingers Marika Koroibete and Filipo Daugunu to take a 16-13 lead when O’Connor banged over a penalty from 35 metres out.

But Jordie Barrett’s own three-pointer with 90 seconds left levelled up the scores.

Neither side was content to walk away from Wellington with just a draw, but that’s how it ended.

“We had our chances,” said Rennie.

“I thought we played with a lot of courage.”

But for all the courage in the world, the Wallabies still lacked the precision required to win Tests against the All Blacks and were smashed at the breakdown.

A frustrated Rennie feels the area was the difference between the two sides and said the Wallabies needed to fix the breakdown ahead of next Sunday’s Bledisloe rematch at Eden Park.

“We’re miles away from where we need to be,” said Rennie.

“We let ourselves down.

“We found a lot of space in behind them, we had a lot of ball but the quality of our cleanout just wasn’t good enough and it’s area we need to be better next week. We gave away 14 penalties and a big chunk of those were post-tackle.”