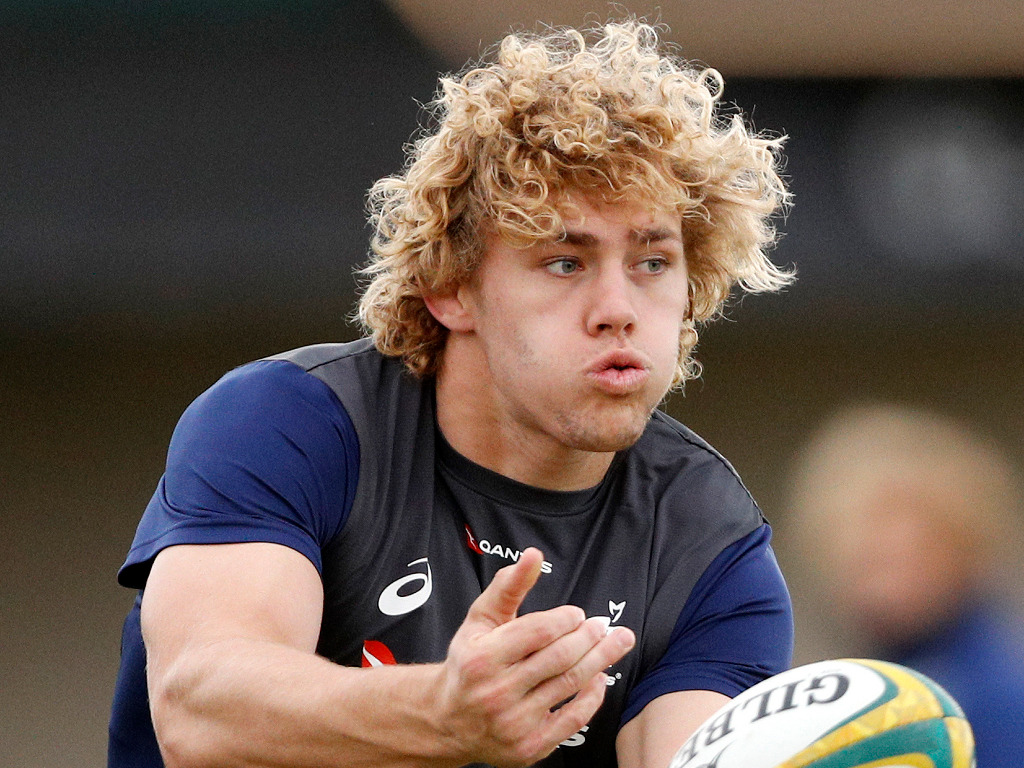 Wallabies head coach Dave Rennie has tweaked his pack for their Bledisloe Cup encounter against the All Blacks at Eden Park in Auckland on Sunday.

Ned Hanigan will play his first Test in almost two years after being called into the Wallabies’ starting XV as one of four alterations to the matchday squad.

The 25-year-old, who played the last of his 20 Tests against England at Twickenham in November 2018, comes into the back-row for Pete Samu, who has been dropped from the squad.

The decision to axe Samu is a tough one, but it reveals the cut-throat nature of selection and that Rennie won’t rest on his laurels in attempt to win back the Bledisloe Cup for the first time since 2002.

Ultimately, Samu has paid the price for the Wallabies’ inability to be effective at the attacking breakdown cleanout.

Hanigan’s return at blindside flanker sees Harry Wilson shift to the back of the scrum after a memorable debut during last week’s epic 16-16 draw in Wellington.

The other change to the starting side is in the front-row, with Reds hooker Brandon Paenga-Amosa wearing the number two jersey after Folau Fainga’a was dropped from the side. It was only on Wednesday that Wallabies assistant coach Geoff Parling had said emphatically that the Wallabies need to back their players.

But Rennie has found it necessary to make a change in the key hooking position, with Fainga’a losing three lineout throws in the first half.

The backline stays the same, but the Wallabies will have some serious firepower to bring off the bench with Jordan Petaia named as a replacement after failing in his quest to be fit for Bledisloe I.

Petaia started in the number 13 jersey for the Wallabies during last year’s Rugby World Cup quarter-final loss to England and was thought to be a likely long-term option in the position, but the 20-year-old’s hip flexor injury suffered in the Super Rugby AU final against the Brumbies gave yet another opportunity to Hunter Paisami.

Paisami was excellent on debut and has been rewarded for the physicality and composure he showed.

Full-back Tom Banks retains his spot ahead of Dane Haylett-Petty after a solid showing against the All Blacks. Banks was safe under the high ball in the windy Wellington conditions, but will need to be pinpoint with his clearing kicks after being punished for missing touch once last weekend.

Elsewhere on the bench, Reds captain Liam Wright comes in for Rob Valetini.

Wright has built a reputation of being a defensive workhorse, resilient and strong in the lineout and those three attributes will be vital in Auckland.

It’s an intimidating record, particularly given the All Blacks haven’t lost at the venue since the French shocked them in 1994.

The Wallabies last year went to the venue attempting to win back the Bledisloe Cup after winning well in Perth a week earlier, but were embarrassed 36-0 on a sorry night for Michael Cheika’s men.