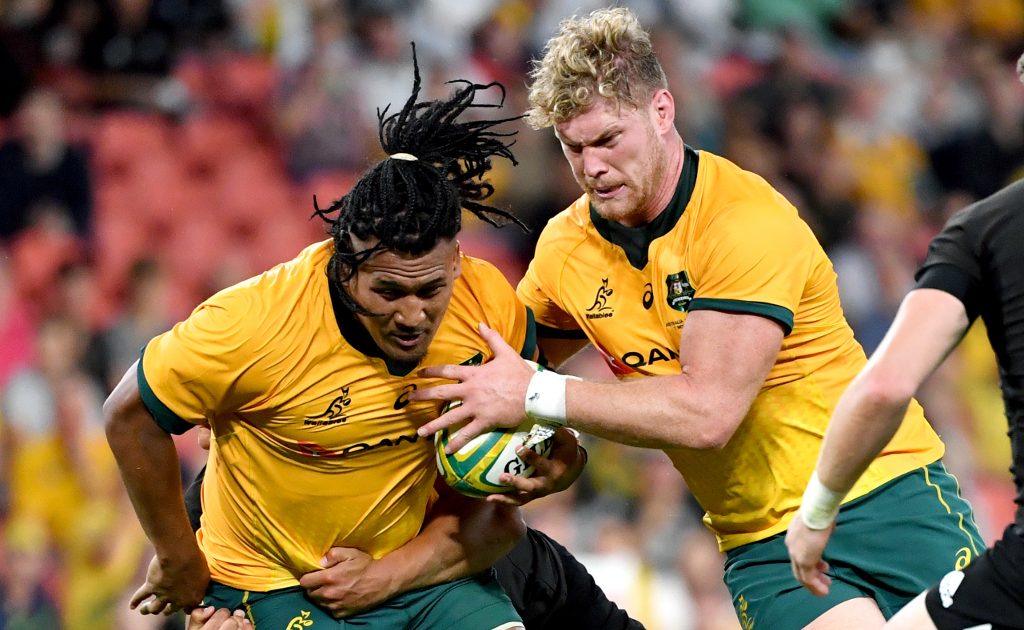 The Wallabies have made their intentions clear, keen to take on the All Blacks physically ahead of the second Test in as many weeks in Auckland.

This was evident as Dave Rennie named his squad for the clash at Eden Park on August 14, opting for a bulked-up pack headlined by the returns of Lachie Swinton and Matt Philip.

Rennie was quick to concede his side fell away in last week’s first Test due to their lack of impact at contact time after the break, allowing the Kiwis to secure the win.

“We felt that certainly for a 15-minute spell, we lost all the collisions, and if you do that against the All Blacks, you’re going to concede points,” he told Rugby Australia’s official website.

“We need to go at them and get in their face for 80 minutes and with ‘Swint’ (Lachie Swinton) and Matt (Philip) coming in, that gives us more of an edge.

“With guys like Slips and Allan (Alaalatoa), they’re experienced guys with massive tickers and work rates so we’re very happy with the squad that we’ve picked and back them to do the job.”

As part of the reshuffle, back-rower Rob Valetini moves to his preferred position of number eight to allow Swinton to return following his ankle injury.

Valetini suggested the Wallabies showed their Kiwi counterparts too much respect, allowing them to control the game.

“We were dipping our toes in last week a little bit and respecting them a little bit in the game. This week we need to take it to them,” he said.

“We can’t wait 20 minutes into the game and start playing rugby.

“They’ve thrown the punch first last week. This week we want to control the game, not take a backward step.

“Be in their face and go out there and throw it at them.”

The All Blacks’ added aggression and physicality during their win was best emphasised in the 25th minute when Brodie Retallick monstered Wallabies captain Michael Hooper as he attempted to earn a turnover.

Whilst many have questioned the legality of his actions, returning scrum-half Nic White believes it sets the benchmark for retaliation as the Wallabies hunt to level the series and send it to a decider in Perth.

“They were plenty of moments out there where we could have done the same to them and the big boys will be looking to do that. They are plenty of opportunities out there,” White added.

“In terms of fighting fire with fire, (Brodie) Retallick’s shown what you can and we’re looking to do the same.

“…We’re not saying that he’s not allowed to do that, he should and that’s what rugby’s about, but there are plenty of moments where we’ll be making sure that we’re doing that for the full 80 as well.

“We want to see how they react when we put the blowtorch on them.”