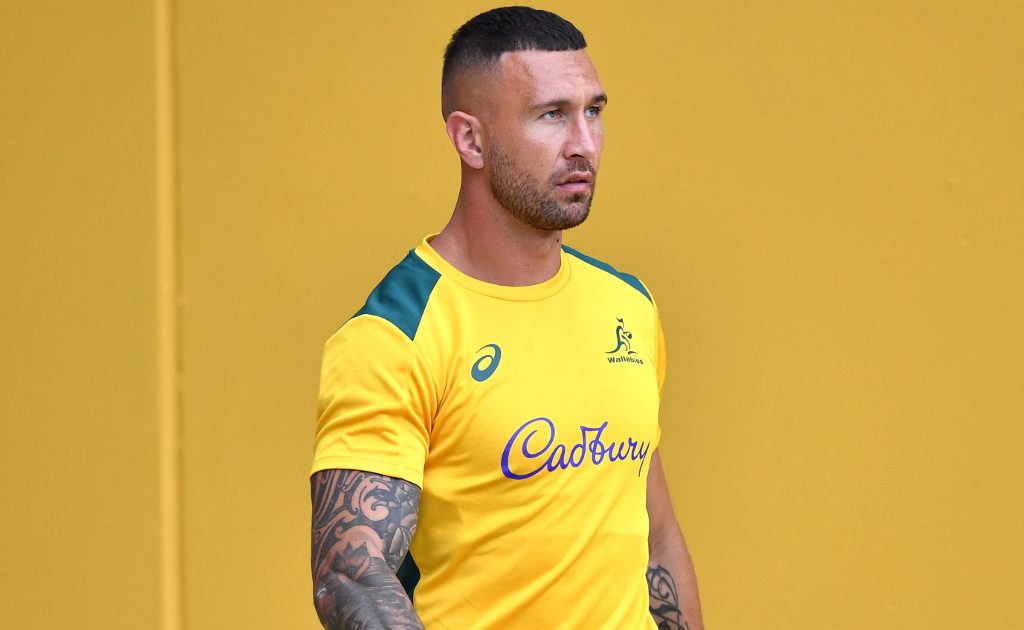 Wallabies fly-half Quade Cooper has rejected suggestions he has been added to the Barbarians squad to face Samoa at Twickenham on November 27.

Cooper famously was selected as captain for the Baa-baas against Australia by Alan Jones in 2017, having been dropped to Brisbane City in Queensland’s club leagues by Reds coach Brad Thorn at the start of that year.

Dave Rennie to coach the Barbarians

The 34-year-old was handed his international return against South Africa by Wallabies coach Dave Rennie this year and seemed to be once again set to feature under Rennie, who will coach the Barbarians for the Samoa encounter, after the famous invitational team announced his addition to the squad.

However, he rejected any suggestions surrounding his participation, taking to social media to confirm his commitment to his club in Japan, Kintetsu Liners.

“FYI At no stage have I agreed to play for the @Barbarian_FC in the up coming game against Samoa.. I’m contracted to the Kintetsu liners,” he said via social media.

In the same release, the Barbarians revealed he was set to join the Wallabies’ Brumbies trio Len Ikitau, Nic White and Pete Samu after standout performances during the Rugby Championship.

The invitational side has also confirmed Springboks props Steven Kitshoff and Frans Malherbe have been added to the squad.

They will join fellow Boks Malcolm Marx (hooker) and the Ulster-bound Duane Vermeulen (number eight) along with Pumas back-rower Pablo Matera, with further players set to be announced in the coming weeks.

This all comes as Samoa has confirmed they will send a ‘selection side’ to the exhibition match after cancelling their end-of-year tour, which will be made up of European-based players.

“Lakapi Samoa was not able to guarantee the safety of any of our players and management whilst on campaign and the current state of emergency measures by the government restricts the return of anyone within six months of contacting the virus,” Lakapi Samoa CEO Faleomavaega Vincent Fepuleai said in a statement.

“This was a major obstacle to keep our borders safe. We do accept the implications and scale of consequences the pandemic can have to our small country with limited resources.”