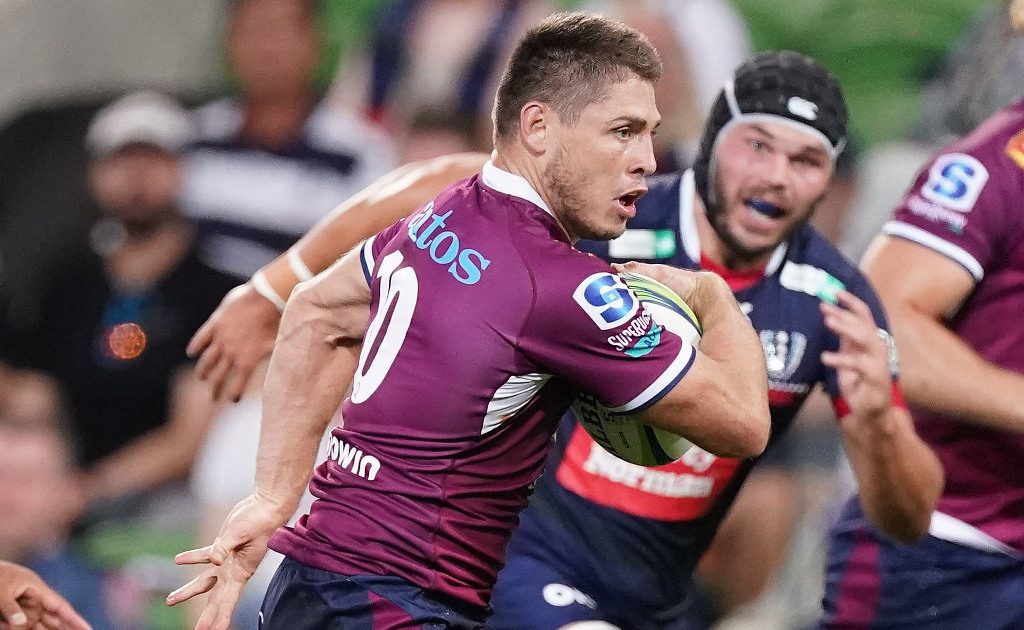 Wallabies head coach Dave Rennie has praised the leadership skills of James O’Connor, but current captain Michael Hooper will likely lead the side during the Rugby Championship.

Hooper’s form had been far from perfect, prior to going to Japan for his sabbatical, leading to increased speculation about his future as the Wallabies skipper.

Former Wallabies captain James Horwill added further fuel to the fire as he spoke of the “burden” that comes with the job of leading the two-time world champions, but the former Harlequins man has since backed Hooper to return to his best once he returns from Japan.

However, Hooper’s absence and injury to Reds captain Liam Wright has ever so slightly opened the door for O’Connor, who has led the Brisbane-based outfit to a seven match unbeaten run and their first home final since 2011, to replace Hooper as Wallabies captain.

Performed strongly as an individual

O’Connor has also performed strongly as an individual, leading Super Rugby AU in points scored with 90 points. While the Reds comeback victories against the Brumbies enhanced his case further as the fly-half showed his tactical prowess, decision making and excellent leadership.

This is something which Rennie has noticed and has left him pleasantly surprised.

“I think he’s been sensational in all departments really,” Rennie said in an interview with Fox Sports.

“He’s a smart man. He’s very engaged, so he’s got real clarity on their game and how they’re playing and his ability to drive and influence others. He’s not a yeller a screamer, he’s the type of guy who will get an arm around the young fellas. They’d be a different side without him no doubt.

“I think they’ve found themselves a long way behind in those two Brumbies games, but he’s wanted to get reward for being down at the right end of the field and he’s kicked a few penalties and kept them in the game, so I think he’s been excellent, really composed, and even how he’s dealing with the referees.

“He’s matured obviously massively and very comfortable in his own skin. He was excellent in our group last year and I can’t speak highly enough of him.”

O’Connor and Hooper were part of the Wallabies leadership group in 2020 alongside Matt Toomua, Nic White, Lukhan Salakaia-Loto and James Slipper, who was Australia’s vice-captain during last year’s Tri-Nations campaign.

Many are calling for O’Connor to replace Hooper, who has won just 44.23% of his 52 Test matches as captain. A figure that is the worst of any captain in the modern era. However, the fly-half is reportedly among those firmly behind Hooper staying on.

🇦🇺 There was another classic game between the Reds and Brumbies.

But O’Connor did admit that the responsibility of captaining the Reds has helped his growth as a player.

“Throughout my career I’ve always been pretty individual,” he said.

“A big part of my growth moving to 10 was that I had to learn to serve the team before myself, and captaincy is another level.

“It’s not just on the field, it’s a lot of the stuff of the field so a lot of the moving parts are coming together correctly and using a lot of other leaders in your team who are also natural leaders, who can bring the best out of different groups and different nationalities and also just different unit groups.”