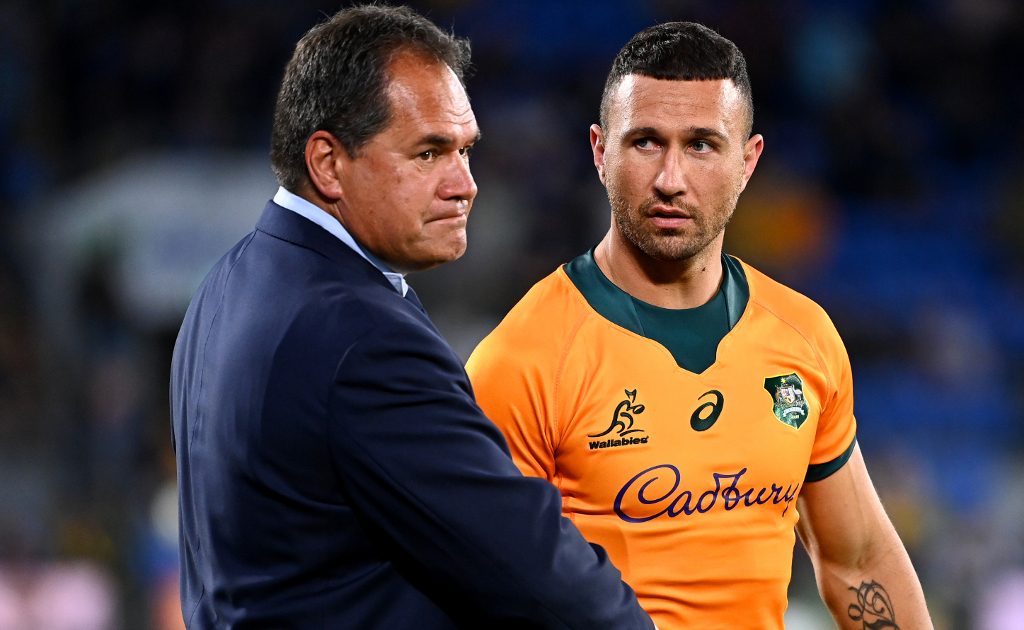 Rennie, who will coach the famous invitational team, shed some light over the selection of Cooper for the exhibition game against Samoa at Twickenham on November 27, which the fly-half denied.

Cooper was announced as part of the squad last week, but took to social media to deny any involvement in the game.

“(We) jumped the gun on that one there,” Rennie told Rugby Australia’s official website. “We’d spoken to Quade, but he’s got a club to go back to, too.

“We’re obviously keen for him to tour and stay another week, but obviously that makes it a little more difficult.

“He was certainly interested but he hadn’t committed. All good, no damage done.”

Jordan Petaia set to shine at 15

Meanwhile, Petaia’s move has been earmarked by the coaching staff and the 21-year-old himself throughout the Rugby Championship.

Whilst Reece Hodge and Andrew Kellaway have been preferred at the back for the Wallabies, there was temptation to bring back the likes of Kurtley Beale or Bristol standout Luke Morahan to cover full-back with Tom Banks (hand) injured.

However, Rennie is confident they have the players to fill the position, including Petaia, revealing he will use his one-off game as Baa-baas coach to trial him out.

“We’re constantly talking about players who are overseas, we’ve spoken about everyone over there but we’re still trying to promote from within,” said Rennie last week about the full-back position.

“We think Hodgey (Reece Hodge) can do a job for us there. We’ve got Andrew Kellaway, who’s played a little bit of 15, certainly trained a lot at 15 for us.

‘We’d like to see Jordie play a lot of 15 at Super level before considering him at Test level and the plan is from a Barbarians point of view, Jordie will stay and play number 15 in that game.”