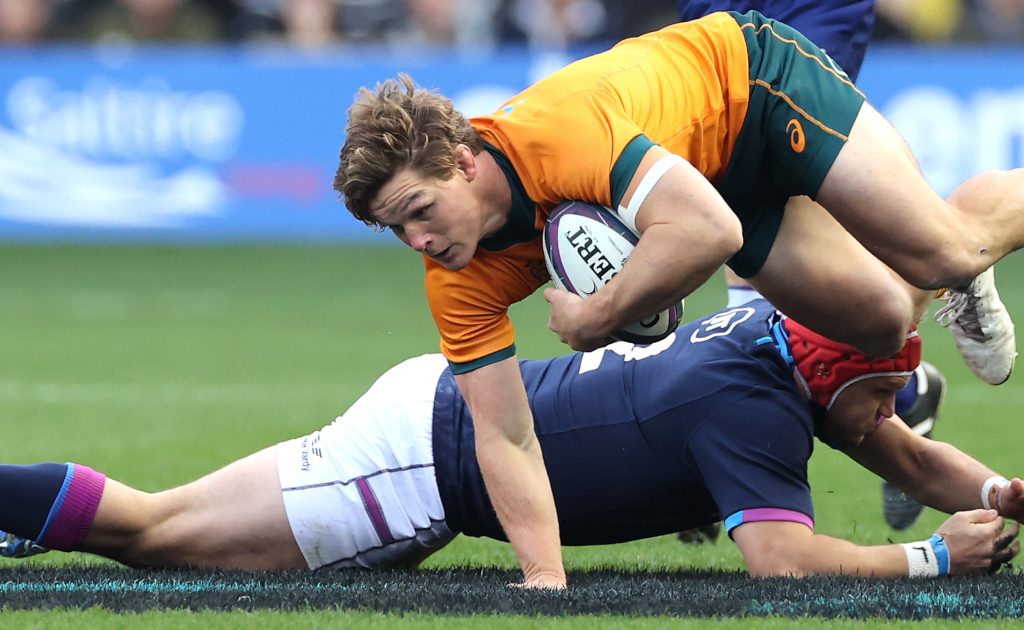 Wallabies’ influential skipper Michael Hooper will miss their final match of the northern hemisphere tour against Wales this weekend.

Hooper limped off during the 32-15 defeat against England at Twickenham and it has been confirmed that he won’t be available for their final match of the season.

The flanker has suffered a grade two foot sprain but will stay with the squad before they head back to Sydney on Sunday.

Experienced prop James Slipper will lead the side at the Principality Stadium.

Hooper’s impressive form in 2021 was rewarded after he was named as one of the four nominees for World Rugby Player of the Year.

It means his back-row colleagues will have to step up against Wales with number eight Rob Valetini conceding that the captain’s absence is a big blow.

Biggest workhorse in the team

“Obviously he’s our captain but he’s probably the biggest workhorse in our team. He never stops, and that’s something that the team will miss.”

Valetini also stated that Hooper has played a big part in his own improvement after a fine campaign for the 23-year-old.

“I’m pretty happy to translate my Super form into Test rugby,” he added.

“At the start of the year, in Tests, I probably wasn’t finding my rhythm and getting into it – I was probably a bit nervous about starting and trying to replicate a good Super season.

“But then I had a chat with ‘Hoops’ and he said to me, ‘Just don’t hold back, just let everything go and play your game’ … and it just sort of happened and I started playing decent rugby.”