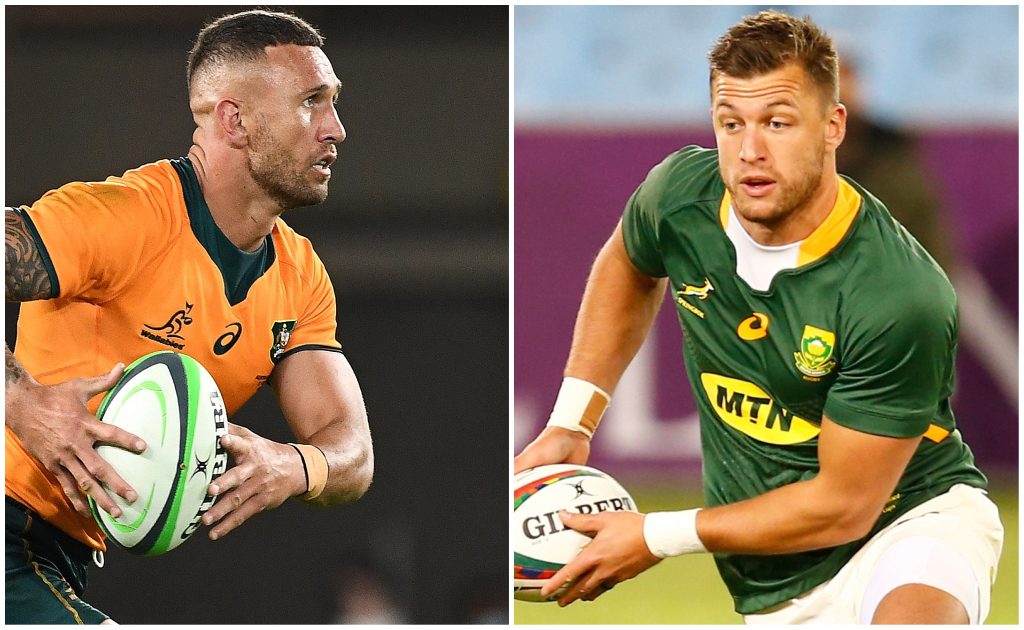 The Springboks will be out for revenge when they take on the Wallabies for the second time in six days, in their Rugby Championship Test in Brisbane on Saturday.

This, after the world champions suffered a 28-26 injury time defeat against Australia on the Gold Coast last weekend – their first fixture outside of South Africa since their 2019 Rugby World Cup triumph.

Although the Boks will not lack in motivation as they seek to return to winning ways, they can expect another tough encounter against the Wallabies, who have won their last eight Tests at Suncorp Stadium – the venue for Saturday’s Test.

Added to that, the Springboks have played 15 Tests against Australia in Brisbane since 1956 and have won only three of those games, with the average score being 24-15 in favour of the home side.

Matches on Australian soil have proven particularly difficult for the Boks during the professional era and they head into Saturday’s encounter on a six-match winless streak Down Under, with their last victory registered in 2013 when they claimed a 38-12 win at Suncorp Stadium.

Those statistics will certainly boost the Wallabies’ confidence ahead of this weekend’s clash. They have shown signs of improvement under head coach Dave Rennie and apart from three losses in a row against New Zealand, they also won two matches in a three-Test series against France earlier this year.

That means all three of their victories in 2021 were achieved during the final minutes of matches – two after the siren. They will be hoping for an improved performance this weekend but another victory – by any margin – will be welcomed by their fans.

These sides met last Sunday on the Gold Coast and the Wallabies claimed a 28-26 triumph courtesy of a penalty from Quade Cooper in the game’s dying moments. The Boks went into that contest as favourites but a plethora of uncharacteristic unforced errors and poor goal-kicking led to their downfall. Ill discipline meant South Africa failed to gain their usual momentum and when they conceded penalties within goal-kicking range, Cooper punished them. In the end, the Boks outscored the Wallabies three tries to one with Malcolm Marx leading the way with a brace and Bongi Mbonambi also dotted down while Handre Pollard added three penalties and a conversion. Cooper was Australia’s hero as he contributed 23 points courtesy of seven penalties and a conversion to Andrew Kellaway’s five-pointer.

After his team’s heroic victory last weekend, Wallabies number eight Rob Valetini is preparing for a fired-up Springbok side when the teams take the field on Saturday.

“They’ve got a bigger forward pack there so as a team, we’ve had a plan all of last week to try and defuse their big bodies by chopping them and trying to be physical with them,” he said. “On the weekend, we didn’t take a step backwards and took it to them and for us, it’s about building from that game.

“I think coming up this week they won’t be too happy with their results on the weekend and I think come this Saturday, they’re going to come out and try to get one on us.”

Meanwhile, Springbok front-row Trevor Nyakane admitted that they are hurting and will be determined to right the wrongs from their defeat in that first encounter against the Wallabies.

“We as a team know we have to come back, look at those pictures and try to understand what happened,” he commented. “We have looked at those images and it’s deep in our hearts; it’s sore, it’s buried in the back of our minds.

“We know what they are capable of. We know that they will come at us much harder than they did last week, so we are prepared for that. We know it’s not just going to be a walkover. We always say we need to start with momentum and end with momentum. That applies to the set piece. We will be doing all we can to be as dominant as we can.”

After losing the services of 2019 World Rugby Player of the Year Pieter-Steph du Toit to injury during the British and Irish Lions series, Springbok head coach Jacques Nienaber has shifted Franco Mostert to the blindside flank from the second-row and so far his transition to the side of the scrum has been a seamless one. Apart from his prowess in the lineouts, the 30-year-old brings plenty of physicality and energy on attack and defence and he will be determined to take the fight to the Wallabies with another solid all-round performance.

Another player who will have a crucial role to play for the Boks is experienced scrum-half Faf de Klerk, who will be highly motivated to do well after an indifferent performance last week. De Klerk is a vital cog in the Springbok machine who punches above his weight with his defence and tactical kicking, two of his strengths which usually gives his team much needed momentum. He was not at his best in those facets of play on the Gold Coast and will be determined to improve in both departments this week.

This will be a special match for Wallabies captain Michael Hooper, who will become Australia’s most capped skipper when he takes to the field in Brisbane. The openside flanker is set to lead Australia for the 60th time and breaks the record held by Wallabies legend George Gregan. Despite a mixed bag of results in 2021, Hooper has been in superb form for the Wallabies with his breakdown work, attacking and defensive play outstanding and he will be keen to maintain those high standards in this fixture.

If the Wallabies want to be successful again they will have to match the Boks’ physicality and one player who will be important in that aspect of the game is inside centre Samu Kerevi. The 27-year-old was a real thorn in South Africa’s flesh in their first encounter with his powerful runs punching plenty of holes in the Bok defence – something which he will be keen to repeat on Saturday. Apart from his powerful running ability, Kerevi is a real playmaker, who will be expected to bring the best out of his team-mates with some creative plays.

The battle between the fly-halves will be worth keeping an eye on and in Australia’s Quade Cooper and Handre Pollard of South Africa we have two exciting players with outstanding skill sets. Last week, Cooper made his return from the international wilderness – after a four-year absence – and he delivered a faultless goal-kicking display and also impressed in his general play, while Pollard battled off the kicking tee and failed to get his backline firing on all cylinders. Veteran Cooper repaid the faith shown in him by his head coach, Rennie, and will be keen to build on his previous performance with another polished all-round display. The same holds true for Pollard but after last week’s poor showing, he will be under plenty of pressure to hit the ground running and it will be interesting to see how this battle pans out.

After coming off second best last week, there will be plenty of pressure on the Springboks and they will be determined to bounce back. Although they will be more focused and determined, we also expect improvement from the home side and like their previous fixture, this one should also go down to the wire. It will be close but Australia will win by three points.