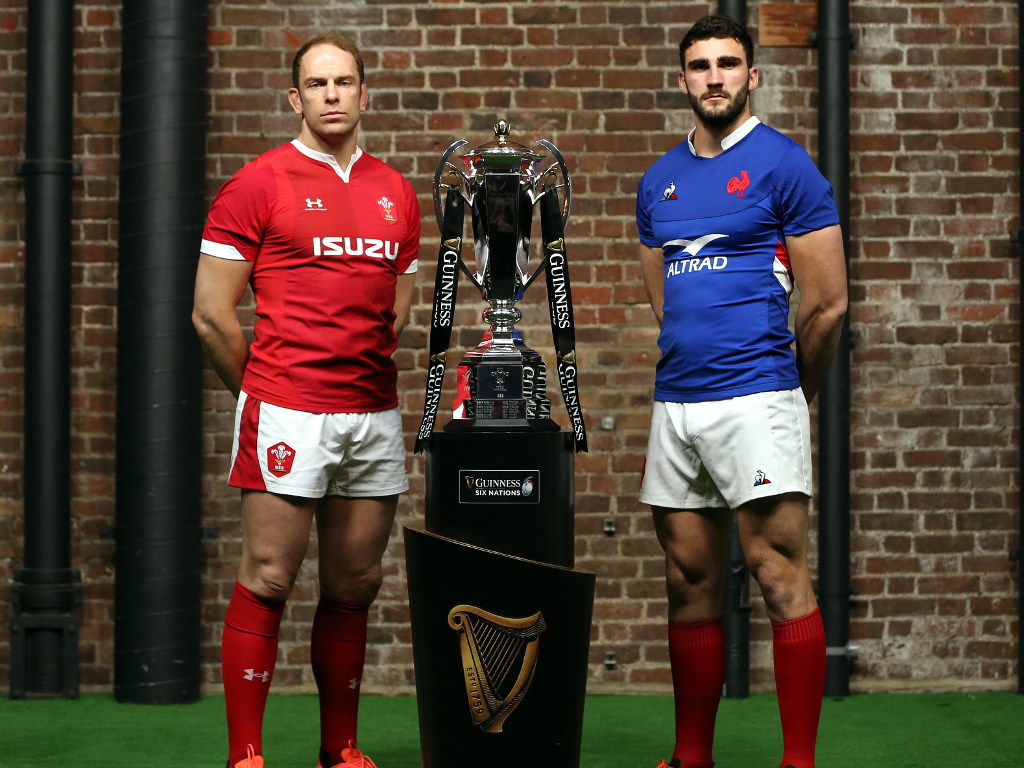 Grand Slam hopefuls France head to Cardiff on Saturday to face the winners of last year’s Six Nations, looking to build on their fine start to the 2020 tournament.

Fabien Galthie’s tenure in charge of the French national team started in ideal fashion following successive victories over England and Italy. It left them at the top of the Six Nations table and with an opportunity of going through the competition undefeated for the first time since 2010.

This encounter against Wales is their biggest challenge so far, however. Their efforts against the Red Rose – of course, World Cup finalists not so long ago – mustn’t be denigrated, but it is one thing to produce a performance but another to do it consistently.

Their display versus Italy showed some concerning signs, notably conceding three tries against an outfit that haven’t won a match in the Six Nations since 2015. They also struggled to reassert their authority under pressure as the inexperience at half-back appeared to show after the break.

Antoine Dupont (more on him later) and Romain Ntamack are wonderful talents who helped Toulouse to the Top 14 title last season, but the duo lacked control and went off-script in Round Two, and they can’t afford to be as slack this weekend.

While the Welsh have ushered in a new era themselves, following the appointment of Wayne Pivac as head coach, there is more continuity within their squad. Those players would have been disappointed by their display in Dublin two weeks ago but they will be thankful to be back at the Principality Stadium where they will enjoy home comforts.

It is a fortress for Wales and a place France’s young side may not enjoy visiting – they are playing away from Paris for the first time under Galthie. Should Les Bleus respond well to the pressure then it is another step in the right direction but more experienced outfits have crumbled in Cardiff.

There is also an interesting subplot in the return of defence guru Shaun Edwards to the country having coached the Welsh for 12 years. That may well benefit the defending champions the most, with the players wise to the intricacies of Edwards’ system, while the Englishman will not have intimate knowledge of Wales’ current attacking ploys.

Fitness also remains a talking point for the French after their struggles in the second half against both England and Italy. Edwards’ rearguard plan demands a high work rate but the signs are that it will take time to develop over the next few years and that may prove to be the difference on Saturday.

Don’t be surprised to see a fast start by the away team this weekend but Wales should eventually wear them down and claim a crucial victory.

For Wales: There is huge pressure on George North after an inauspicious start to the competition. The talented wing has not been at his best for a while and, with Louis Rees-Zammit seen as the next star of Welsh rugby, Wayne Pivac and supporters will demand an improvement on Saturday. North has not played much this season due to the hamstring injury sustained in the Rugby World Cup semi-final against South Africa and it has shown. The 27-year-old, who has already garnered a staggering 93 caps for the national team, appears to be lacking confidence and sharpness. There is no doubting his ability but can he get close to the form which saw him become of the world’s best wings and stave off the challenge of Rees-Zammit and Johnny McNicholl?

For France: Following Gael Fickou’s move to the wing, Arthur Vincent will start at inside centre and there will be an extra defensive burden on the Montpellier youngster. Shaun Edwards, having been impressed by Fickou’s communication skills and game understanding, handed the 25-year-old the responsibility of being the rearguard leader, but that duty now falls to Vincent. Although fellow centre Virimi Vakatawa is the more experienced player, he is not necessarily renowned for his defensive qualities and his team-mate will need to step up in Cardiff.

Head-to-head: Two livewire scrum-halves will battle it out at the Principality Stadium when Gareth Davies faces one of the stars of the tournament so far in Antoine Dupont. Davies replaces Tomos Williams in the starting XV after coming off the bench against Ireland two weeks ago. That was his first game since recovering from injury but he could not stem the tide of Irish dominance as they went down 24-14 to Andy Farrell’s charges. Wayne Pivac will certainly hope that the Scarlets player is at his best as he will have his hands full with the outstanding Dupont. The Toulouse man has shone in the opening two rounds with his pace, passing range and decision-making causing problems for the English and Italian defences, but can he repeat that in Cardiff?

Prediction: France are heading in the right direction but it will be a mightily tough ask to defeat the defending champions on their home turf. Wales by 8.