Home International Wales to end drought in style against Georgia 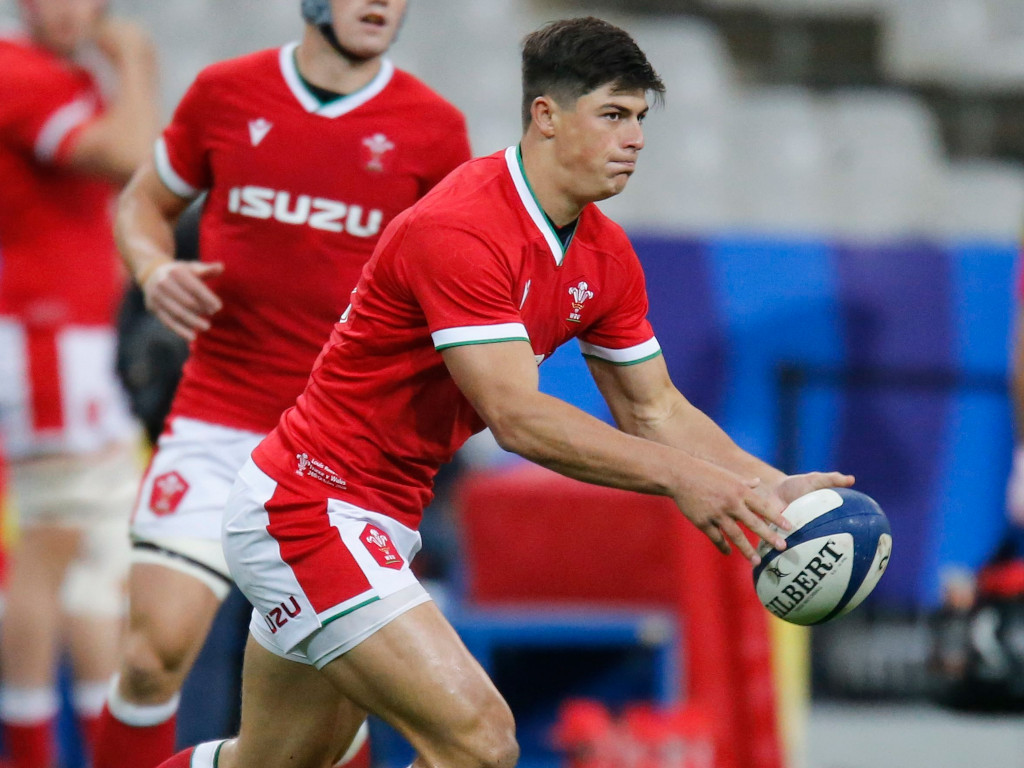 Wales have a major opportunity to end their run of six games without a win when they face Georgia in the Autumn Nations Cup on Saturday.

The poor streak is heaping pressure on head coach Wayne Pivac but the match in Llanelli will surely see Wales end their drought.

Despite making 13 changes to their run-on side, the Welsh are set to have too much for a Georgian outfit which has underwhelmed of late.

The Lelos have long been pushing for a spot at Europe’s top table but recent games have seen them lose heavily to Scotland and England. That has possibly led Pivac to feel that mass alterations won’t prove too costly at Parc y Scarlets this weekend. In fact this line-up looks exciting, fresh and likely to impress.

But the story of the team announcement was the inclusion of Sir Ian Botham’s grandson, James, at flanker, despite playing just 13 professional games. Pivac is adamant the debut is warranted and predicts a bright international future for the Cardiff Blues back-row forward, labelling him “a very balanced rugby player”.

It is a wonderful chance for these aforementioned players to press their case for regular selection after the recent woes, so expect the Welsh to adopt a fast-paced style that keeps Georgia’s pack on the move. If they recapture their confidence then it will be a much-needed shot in the arm for both coach and players.

“The pressure comes internally,” admitted Pivac, who has overseen just two wins from eight games since succeeding Warren Gatland as Wales boss just a year ago.

“Certainly, we understand that results are what people want to see, and we want to see those ourselves. The guys will be out there very determined to not only win the game, but put in a very good performance. At the moment, we have been our own worst enemies. We are giving teams far too much possession and territory.

“It’s focusing on eliminating mistakes, working hard in training and making good decisions,” he concluded ahead of a crucial day in his Wales coaching tenure.

For Wales: There’s plenty of talent to pick from here but we settle on fly-half Callum Sheedy, who will be relishing this chance in the 10 shirt. With Dan Biggar struggling for form and Gareth Anscombe on the sidelines, there is an opening the Bristolian can exploit here and, if he can replicate his game at club level and use the ample ball he should receive well, he could have a field day, with those talented backs outside him all equally determined to shine. Indeed we are looking forward to seeing another Premiership star, Louis Rees-Zammit, in the red jersey and don’t be surprised if he crosses on Saturday.

Louis Rees-Zammit was sensational last season, and at just 19, it's pretty terrifying to think he can only get better 🔥

The stage is set. The new #GallagherPrem season kicks off on Friday night!pic.twitter.com/ioD4LAH3E3

For Georgia: Five changes to the side that lost to England includes the return of second-row Kote Mikautadze, who wins his 65th cap this weekend. They will need the now Bayonne player’s experience and also the likes of scrum-half Vasil Lobzhanidze, hooker Jaba Bregvadze and veteran wing Sandro Todua to drag them up to an acceptable showing, as a third successive heavy loss would be a major step backwards for a team so keen to prove they belong at this level.

Head-to-head: It’s good to see Elliot Dee back in the Wales starting line-up at hooker as he has shown plenty of promise for the Dragons and his country when given an opportunity. He will go up against the vastly experienced Jaba Bregvadze at Parc y Scarlets in what should be a fascinating clash between two solid operators. The well-travelled Georgian will know that winning this personal battle at hooker would set a vital tone up front but he’ll have a tough job against the Welsh number two. Dee is incredibly mobile, while also being strong at the set-piece, and knows that this is his big chance to nail down the jersey.

Prediction: The rot will end for Wales against Georgia on Saturday and it will be a much-needed shot in the arm for the team. Wales by 30 points!