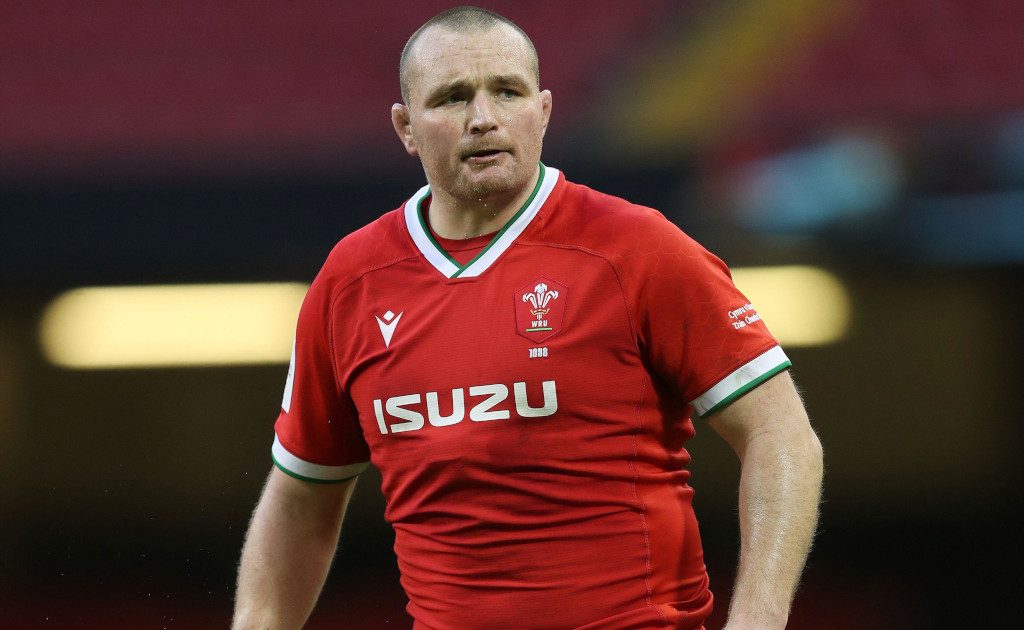 Veteran Wales hooker Ken Owens has set his sights on going to the next Rugby World Cup in France in 2023.

The Scarlets front-rower is currently out with a back injury suffered during the Autumn Nations Series campaign in October.

Owens is now 35 and will miss Wales’ July series against South Africa but has not ruled out going to a fourth World Cup.

“I have (targeted the World Cup), but at the moment it’s about getting back playing, into the Scarlets team and building from there,” he told Wales Online.

“Before I can think of anything else, I have to start playing again. If I do get back fit and I can add value, then brilliant. But I’ll take it step by step.”

Owens has already missed eight months of action but is unsure as to when he will be able to return.

“I had a prolapsed disc in my back, it came on in the first week of the autumn campaign,” the hooker said.

“We haven’t put a time frame on it, purely because of the nature of the injury.

“It has proven a lot more serious than we first thought, and where I am in my career I’m giving it as much time as possible to correct itself.

“I’m only six months post-op. I’m in a good place, hopefully on the way up. I remember when I did my neck, I said I’d be back in four weeks but it turned out I was out for five months.

“So I’ve learned from my mistakes and I’m just taking it as it comes. When I’m back, I’m back. I’ll be ready.”

Owens is taking inspiration from legendary Wales captain Alun Wyn Jones, who continues to defy the odds after suffering a number of serious injuries.

“He’s a phenomenal warrior, to do what he’s done in the game takes a certain type of mindset,” he added.

“He’s always been the guy who’s driven standards to make himself better and pushed everyone around him to be better.

“I’ve been fortunate enough to play alongside him for the past 10 years. So you can take inspiration from the way he’s been able to return from his injuries.