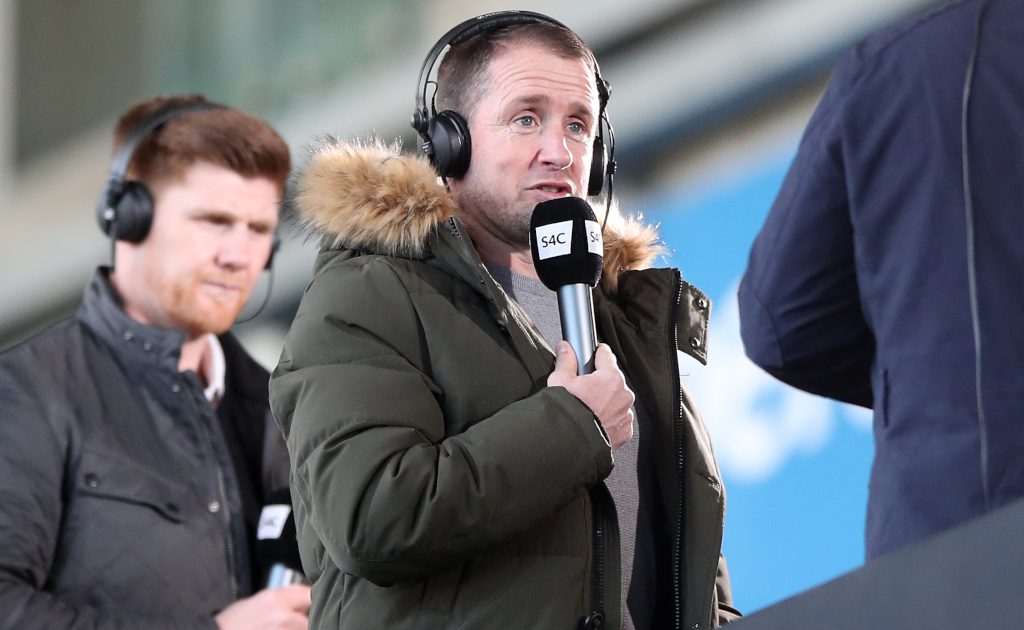 Wales great Shane Williams says that the Scarlets were ‘abysmal’ during their defeat to Sale Sharks in the Champions Cup.

That result completed an awful weekend for the Welsh regions, who all succumbed to English Premiership sides.

The other three, Cardiff Blues, Ospreys and Dragons, had their chances to make it into the next round of the Challenge Cup, particularly after earning significant leads, but they all faltered when it mattered.

Then came the woeful display of the Llanelli outfit on Sunday, who failed to compete with the Sharks physically, and Williams did not mince his words.

“It was an abysmal game as far as the Scarlets were concerned,” he said on The Tuesday Club podcast.

“They were absolutely dominated. Even when the Scarlets had the ball, Sale just rushed them in defence and just didn’t allow them to do anything.

“The Scarlets love to throw the ball around and play some lovely intricate passing and moves. Sale just didn’t allow it and just played them off the park.

“It was a great game to watch if you were a Sale fan or a neutral because there were some great tries in the game.

Williams’ opinion was echoed by former Ospreys head coach Sean Holley, who felt none of the four Welsh teams did themselves justice.

“It’s an embarrassing scoreline. That’s the thing for me, the nature of the defeat was embarrassing,” Holley said.

“57 points at home and Sale aren’t the best side in the English Premiership by a long way. To not front up like that is pretty embarrassing.

“And it’s not just the Scarlets. The Ospreys should beat Newcastle at home. The Cardiff Blues were against 14 men and in the lead. They should win. The Dragons should win from the position they were in at home.

“So it looks a little bit like the balloon has been popped after the Six Nations. It’s been the story for the last couple of seasons unfortunately.”

Most, if not all, of the triumphant Wales internationals were back for their regional sides but many of them struggled to find their best.

There were also discipline problems, with Six Nations winners Adam Beard and Justin Tipuric receiving yellow cards in the Ospreys’ defeat to Newcastle.

Williams played for the Swansea-based outfit for nine years and struggled to comprehend how they went down to the Falcons.

“How the Ospreys lost to Newcastle, I still have no idea,” the ex-Wales wing said. “Newcastle weren’t a good side. The Ospreys were on fire the first 10, 15 minutes and then just fell out with the ref.

“They just completely threw it away. It was a shambles.

“They just completely imploded and a lot of that was the ill-discipline of the senior players that have just come back from the Six Nations where they had one of the best discipline records there.”