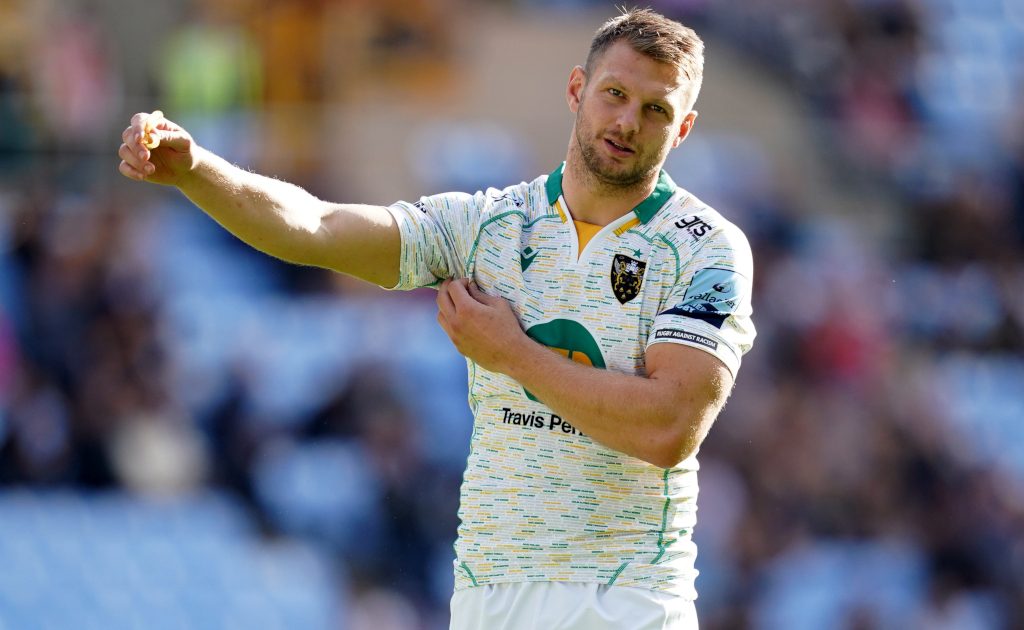 Fly-half Dan Biggar will make his 50th appearance for Northampton Saints on Friday as the men in Black, Green and Gold lock horns with Worcester Warriors.

The hosts make four changes to the starting XV in total from the side that faced Wasps a fortnight ago, with director of rugby Chris Boyd also handing a club debut to wing Courtnall Skosan after the Springbok’s arrival from the Lions.

Saints will be looking to build on their superb home record against Worcester in the Premiership, having won the last 11 times the sides have met at Franklin’s Gardens – a run stretching back to January 2007.

Wales and British & Irish Lions international Biggar starts in the number 10 jersey for the third straight match for Saints, notching up his 50th club appearance in the process.

Scrum-half Alex Mitchell also celebrates a milestone on this 50th Premiership appearance, while Rory Hutchinson returns to Northampton’s midfield to partner Fraser Dingwall with Matt Proctor ruled out through injury.

Skosan makes his first Saints appearance in the only other change to the hosts’ backline, with Tommy Freeman – who celebrated his first senior England call-up this week – starting at full-back and Ollie Sleightholme on the other wing.

Flanker Lewis Ludlam will skipper Northampton with Teimana Harrison returning to the number eight jersey and Courtney Lawes rounding off the back-row.

David Ribbans and Api Ratuniyarawa continue their partnership in the engine room, and one change in the front-row sees Alex Waller join Sam Matavesi and Paul Hill to round off the pack.

Saints opt for a six-two split on the bench for Friday’s clash, with Emmanuel Iyogun and Piers Francis both primed for their first appearances of the season if they enter the action.

Annett returns to the squad having withdrawn from last weekend’s match against Leicester Tigers to be with his wife, Claire, at the birth of their child.

Baby Lottie arrived on Sunday and Annett returns from his new paternal commitments in the middle of Warriors’ front-row as one of six changes to the starting XV.

Kitchener partners his younger brother Andrew in the second-row as Justin Clegg has been ruled out by a shoulder injury.

Smith, who helped England win the U20 Grand Slam in Cardiff during the summer, starts having made his season debut off the bench against Leicester.

Smith spent the early weeks of the season at Ampthill in the RFU Championship where he was under the tutelage of former Wales fly-half Paul Turner.

Smith forms a new half-back partnership with the experienced Willi Heinz, who returns from injury and will captain Warriors for the first time.

The other changes are in the back-row where Matt Kvesic starts at number eight and at full-back where Jamie Shillcock returns from injury with Harri Doel switching to the right wing.

Noah Heward has recovered from the quadriceps injury he sustained at Exeter Chiefs two weeks ago and is named among the replacements along with tighthead prop Jack Owlett.

Form: Northampton Saints started their new Premiership Rugby campaign with three straight victories before tripping up at Wasps in Round Four. They had a bye week in Round Five. Saints have won three of their last four home games at Franklin’s Gardens. Worcester Warriors have slipped to four straight defeats following their opening weekend victory over London Irish in mid-September. The Warriors’ last two victories away from home in Premiership Rugby were both at the Twickenham Stoop against Harlequins in November 2019 and London Irish in September 2020. Northampton have won their last seven fixtures against Worcester since the Warriors’ 30-15 triumph in November 2017. Worcester have not won at Franklin’s Gardens since a 10-9 victory on New Year’s Day 2007.