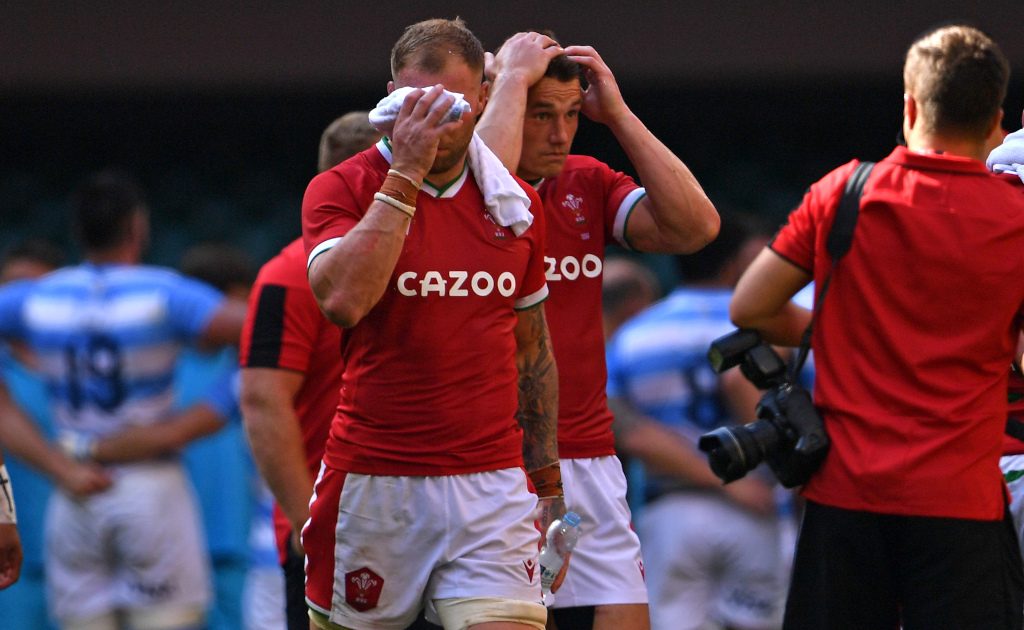 Wayne Pivac insists the future of Welsh rugby is in safe hands despite his team being comfortably beaten 33-11 by Argentina and losing their Test series to the Pumas 1-0.

Wales head coach Pivac admitted pitchside temperatures of 46 degrees on a sunny Cardiff afternoon played their part in his team making so many basic individual errors.

But he was also equally honest with his assessment that the best team won and that Argentina had been the superior side.

Pivac has given youth its chance this summer with his best players away with the British and Irish Lions and said: “We did not play as we would have liked and there were far too many errors for this level of rugby. It was a slippery ball with the heat and it was 46 degrees pitchside.

“I couldn’t believe it actually, but we still expect better skillsets and we didn’t play well in those conditions. We weren’t good enough on the day and Argentina deserved to win.

“There were too many unforced errors – dropped balls and inaccurate passing – in the second half, which was particularly disappointing.

“They were extremely difficult conditions, but both sides had to play in it.”

Wales beat only Georgia and Italy in a poor Autumn Nations Cup campaign at the end of 2020 before Pivac’s side sensationally turned the tables to win the 2021 Six Nations.

This summer, his second string have hammered Canada and drawn and lost to Argentina.

“It’s been a long season and I’m disappointed here, but it’s been great to get this summer series on and it’s still been a worthwhile exercise,” Pivac said.

“Internally, we are very happy with where we are.

“We’re happy 18 or 19 players have been exposed at this level of the game in about as many months. Even though that will hurt at times, the players will be better for it in the future.

“Everyone was pretty pleased with the Six Nations because we were able to get a result. Now we can look forward to what will be a very challenging autumn series.

“It’ll be a big test for us. We haven’t played southern hemisphere opposition outside of Argentina for some time.”

Wales wing Owen Lane opened the scoring in the second Argentina Test, but after that the Pumas were dominant and full-back Hallam Amos received a second-half yellow.

Wales’ summer captain Jonathan Davies said: “It was tough with the heat, but it was the same for both teams and there are no excuses. Congratulations to Argentina, they deserved to win.

“It’s a tough loss and we’ve got a long time now to stew on it with a summer break. Discipline was a massive issue for us and we can learn from that and get better.

“The bigger picture is we are still building and we can take a lot from this summer.”

Argentina captain and Leicester hooker Julian Montoya said: “It’s the first time we have won in Cardiff in nine years. I am very proud of the team.

“It’s a fantastic result and we spoke in the week about our discipline. But our attitude is non-negotiable and we showed that on the pitch. We are going to enjoy this result.”