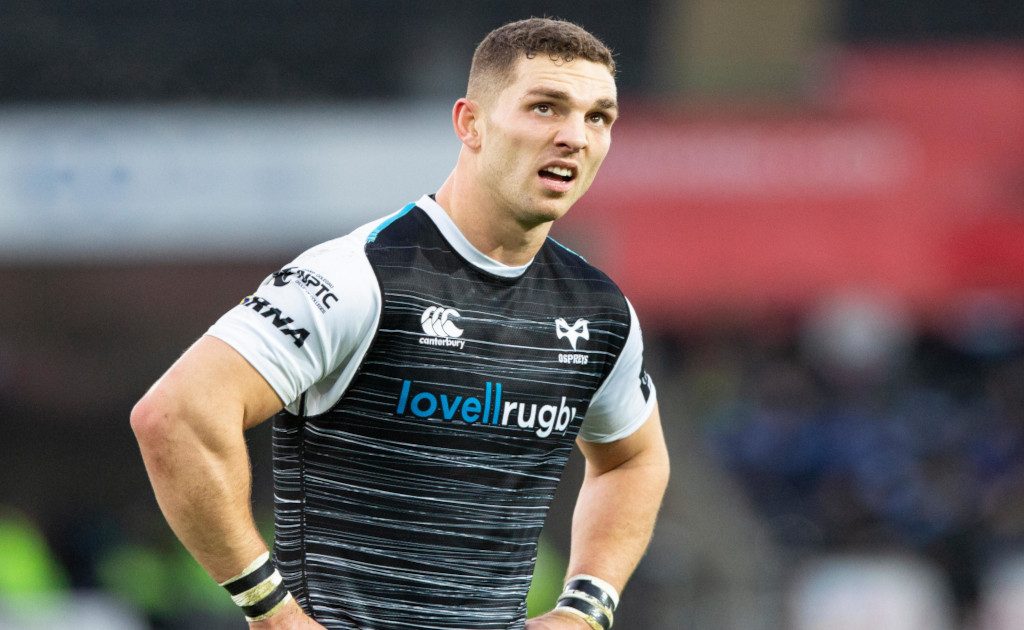 After 12 miserable months out with a serious knee injury, George North has been confirmed as ‘available’ for the Ospreys’ coming weekend’s clash with the Scarlets.

it will be a year and six days since North ruptured his right ACL in a derby match against Cardiff, an injury which has cost the Test centurion his third Lions tour and two Wales campaigns.

The injury has proved troublesome during rehab too, with several setbacks delaying the giant winger-cum-centre’s return to action to the extent that it was speculated upon that he may not have made it back until next season.

“That’s the exciting part. (Beyond that) we can only be governed by how the player feels, how the player reacts, and we’ve finally got to a situation where George’s body is good enough to back up the training he requires to perform well. So, from that point of view, he’s available.

“Liam had a bump against the Dragons at home, a hematoma, and it tightened his hamstring a bit last week, so he wasn’t quite right,” said Peel.

“He was close last week, he is training this week, so hopefully his leg will be better. We will see how it goes on that and make a late call.”

In better news for the Scarlets, Jonathan Davies has signed a new contract, most likely taking him to the end of his career.

“There is a strong environment here at the moment, the competition for places is good, the standard of training is great and there is an ambition to be up there competing for trophies again. It is a good place to be,” said the 34-year-old, who recently won his 100th Test cap after being briefly cut from the Test reckoning by Wales coach Wayne Pivac.