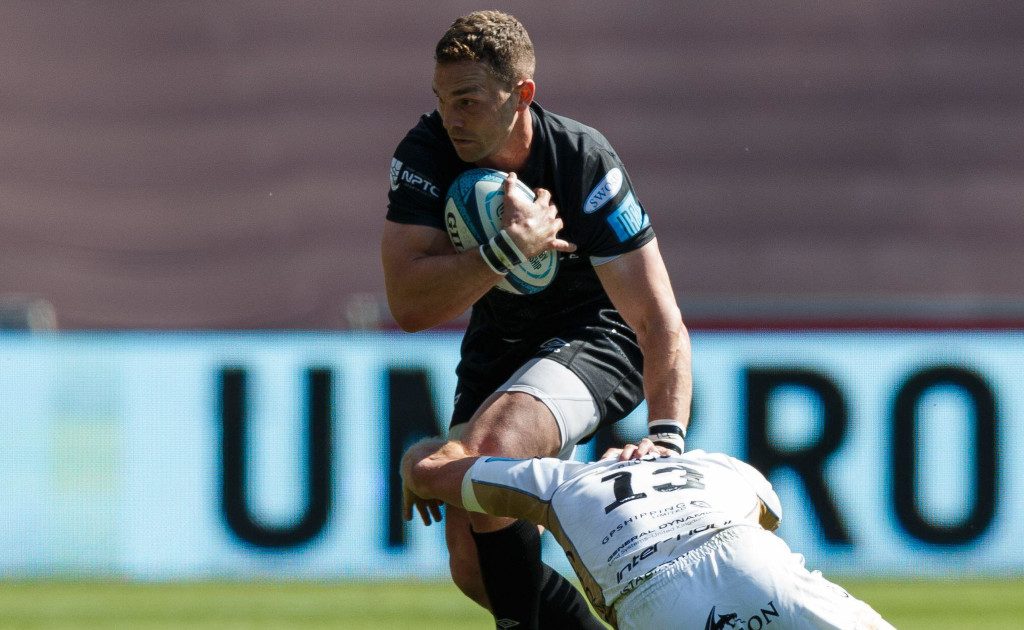 George North admits that he has been surprised by his call-up to the Wales squad after only recently returning from a serious knee injury.

Following over 12 months out with an ACL rupture, the versatile back managed to get back out onto the field for the Ospreys’ 54-36 victory over the Scarlets in late April.

North also started in the 50-31 triumph over the Dragons and will feature in Friday’s encounter against the Bulls.

The 105-times international is still finding his feet, however, and asked whether he expected to go to South Africa, the centre responded: “No, to be honest.

“My main focus off the back of my injury was just to get back playing for the Ospreys and trying to find a groove.

“I’ve been involved in limited games, but I’m feeling better each time.

“It’s amazing and I’m chuffed to be selected, though obviously I realise I have a lot of work to do to get back up to speed.”

North revealed the difficulties he has had to go through mentally and physically, but the 30-year-old believes his enforced absence could ultimately be beneficial long-term.

“There have been some tough times, especially when the return date was taken away for my own safety and my own benefit,” he said.

“I’ve never really had a long-term injury like that. To push hard every day is a big ask when you go six, seven, eight, nine, 10 or 11 months and eventually get back playing at 12.

“There were some grumpy days, for sure, but I always try to have that positive mindset and I had that mental break.

“I don’t think people understand the pressure pot that you are on. You’re not just nine to five, Monday to Friday, and play Saturday.

“It’s 12 months, every day you are in the pressure pot to deliver and to perform. When you can’t and it gets taken away from you, there’s nothing else you can do but give yourself a break.

“Physically, it allowed the rest of my body to really heal and to cross out any little niggles I’d been carrying.

“Now it’s about trying to find that consistency again for me and putting my hand up as much as I can.”

North’s injury came at the worst possible time as he missed out on guaranteed British & Irish Lions selection following a superb Six Nations campaign for Wales.

He added: “I felt I’d got myself into a good position. I was playing well, I’d gone from the wing to 13 off the back of the Six Nations with the fuel of the Lions tour that was driving me.

“That was taken away and I found it really tough. All I wanted to do was get back playing rugby, and to have the honour of putting the Welsh jersey on again would be huge.

“What an opportunity now, and what a test, to have three Tests out in South Africa.”