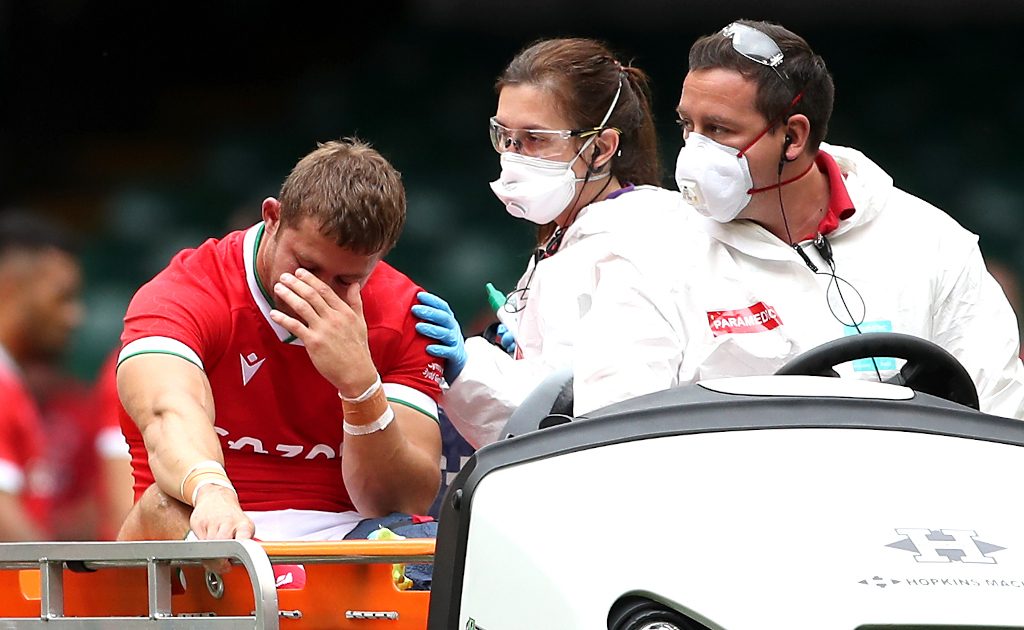 Wales have confirmed that full-back Leigh Halfpenny will miss the summer Tests after sustaining a knee ligament injury against Canada on Saturday.

The 32-year-old Scarlets player went down inside the first minute of his team’s 68-12 victory in what was his 100th Test appearance and his 96th for Wales, and the Welsh Rugby Union have confirmed the initial fears of coach Wayne Pivac.

A statement said: “The full-back will require surgery with further assessments to determine his long-term prognosis and management.”

Pivac said that Halfpenny “tweaked” his knee during the victory at the Principality Stadium.

Halfpenny left the pitch on a stretcher cart, with Wales moving wing Jonah Holmes to full-back as they ran in 10 tries in front of a first home crowd since February last year.

Pivac said post-match: “He is in his 100th Test match and he knew straight away he had done something, we just don’t know how bad it is.

“He was frustrated that was how his 100th Test finished. Anyone would be like that I guess.

“He is still driven and he still feels he can offer something for his country. While he has that at the forefront of his mind, I have no doubt he will bounce back.”

Newport-born utility back Aneurin Owen, a former Wales U20s player who has been training with the squad, has been officially added as Halfpenny’s replacement.

Wales host Argentina in Cardiff on the next two weekends.