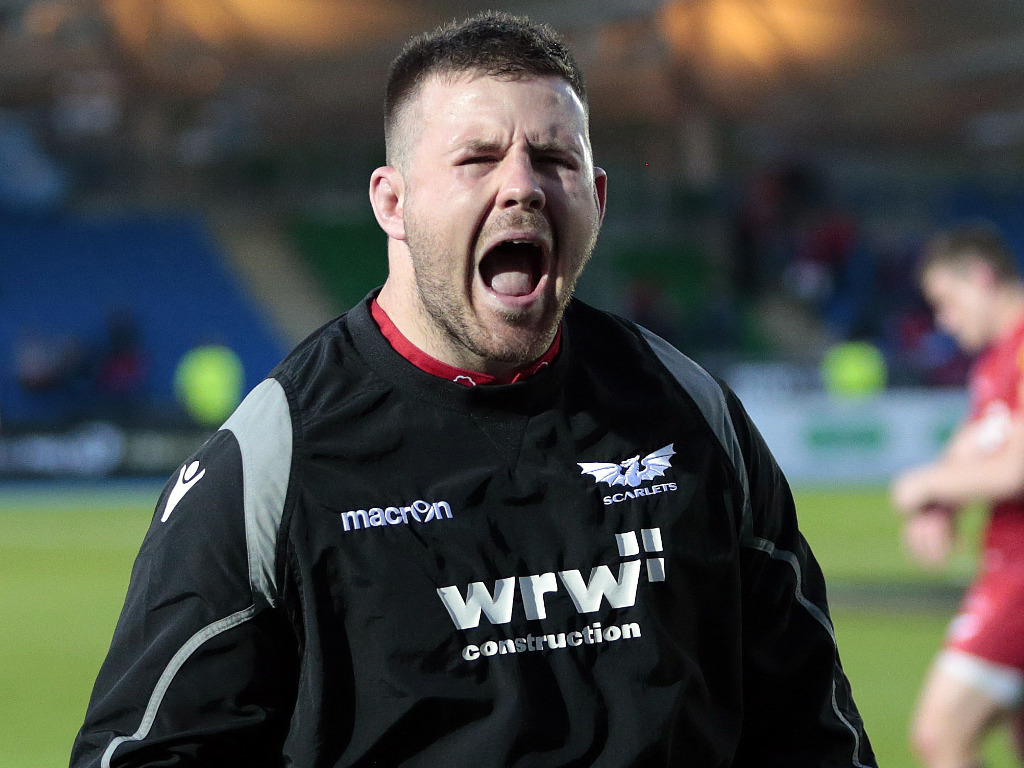 Two PRO14 matches will take place on Sunday with the Welsh regions Ospreys and Scarlets at home against Leinster and Zebre respectively.

The Ospreys have named their team to face Leinster in Round five of the PRO14 at the Liberty Stadium on Sunday.

Former Wales and British & Irish Lions flanker Dan Lydiate will lead his side for the third time this season. He’s joined in the back-row by Gareth Evans at number eight and Will Griffiths who makes his first PRO14 start for the Ospreys.

An unchanged front five sees Rhodri Jones, Dewi Lake and Ma’afu Fia line up in the front-row and Adam Beard and Bradley Davies in the second-row. Ifan Phillips, Gareth Thomas and Tom Botha provide the cover off the bench alongside Olly Cracknell and Ospreys debutant Rhys Davies.

In the backs, Cai Evans comes into the starting line-up alongside the unchanged duo of Luke Morgan and Mat Protheroe on the wings. Joe Hawkins and Scott Williams maintain the centre partnership with Reuben Morgan-Williams and Josh Thomas taking the keys to nine and ten shirts once again.

Off the bench, Callum Carson is named after making his PRO14 debut last weekend, alongside the experienced duo of Hanno Dirksen and Shaun Venter.

Meanwhile, Leinster head coach Leo Cullen has named a strong matchday squad as they look to maintain their unbeaten start to the season.

There will be considerable interest in the Ruddock household, with Rhys Ruddock leading the team for the third game in a row against an Ospreys side with his father, Mike, employed as their development director.

Cullen has also handed a start to lock Ross Molony who will pull on the Leinster jersey for the 100th time tomorrow afternoon at the Liberty Stadium.

In the backs, Cullen has selected the same back three this week with Jimmy O’Brien at full-back, Cian Kelleher on the right wing, and Dave Kearney on the left.

It’s as you were in the centre also with Tommy O’Brien and Rory O’Loughlin again selected and the same at half-back with former St. Michael’s College duo Luke McGrath and Harry Byrne again starting.

There are two changes in the pack, the first being in the front-row with Michael Milne making his first-ever start for Leinster after 11 games off the bench. The Birr man is still in the Leinster Academy and made his debut in September 2019.

He packs down alongside James Tracy and Michael Bent.

In the second-row, Scott Fardy comes in this week to join the latest Leinster centurion, Molony.

Wales international prop Rob Evans makes his first PRO14 start of the season in the Scarlets side to take on Zebre at Parc y Scarlets.

Evans replaces Phil Price at loosehead as one of three changes to the team narrowly beaten by Edinburgh last time out.

Behind the scrum, wing Ryan Conbeer comes in for his first PRO14 appearance of the campaign, slotting into a back three that contains Wales internationals Johnny McNicholl and Steff Evans.

Steff Hughes, who again leads the side, and Paul Asquith continue in midfield, while Angus O’Brien and Dane Blacker remain at half-back.

There are two changes in the pack — Evans for Price and Jac Price for the suspended Josh Helps at lock. Price packs down alongside his Wales U20s second-row partner Morgan Jones.

Uzair Cassiem, Jac Morgan and Sione Kalamafoni make up the back-row for a second successive week.

There are a number of changes on the replacements bench with two more of the Scarlets’ promising youngsters — prop Kemsley Mathias and fly-half Sam Costelow — set to make their PRO14 debuts.

Danny Drake, recently recalled from a loan spell at Gloucester, goes straight into the match-day 23 to provide second-row cover.

Meanwhile, Zebre head coach Michael Bradley has made five changes to his starting XV which beat the Ospreys on Monday.

In the backline, Enrico Lucchin comes in at inside centre in place of Tommaso Boni which means Giulio Bisegni will captain the team from outside centre.

All the other changes are in the forwards with Leonard Krumov replacing Samuele Ortis in the second-row and there is a new-look back-row with Lorenzo Masselli shifting to number eight from the blindside flank where he takes over from Giovanni Licata.

That means Nardo Casolari will wear the number six jersey while Antoine Koffi starts on the openside flank in place of Renato Giammarioli.