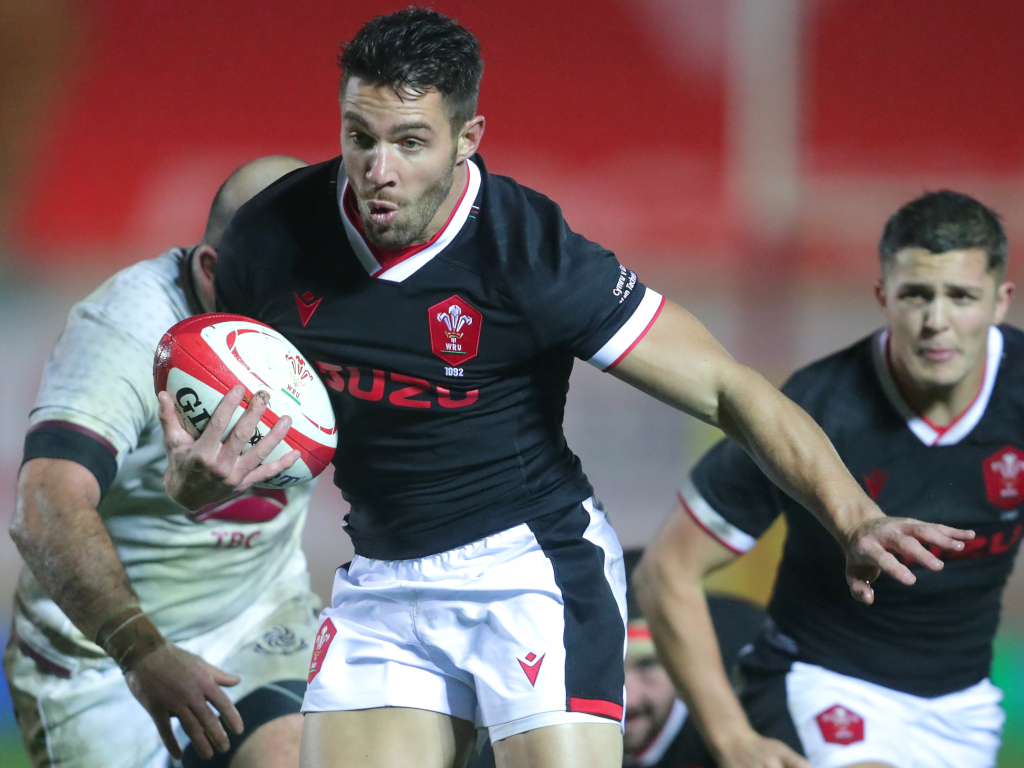 An inexperienced Wales team secured their first win in seven matches as they defeated a stubborn Georgia outfit 18-0 in atrocious conditions at the Parc y Scarlets.

Nineteen-year-old wing Louis Rees-Zammit, showing the finishing ability that brought him 10 tries for Gloucester in England’s Premiership last season, and replacement Rhys Webb crossed in either half.

The scrutiny on Wayne Pivac had intensified, with six successive defeats matching Wales’ worst run since 2012.

Having been Six Nations Grand Slam champions and World Cup semi-finalists under Warren Gatland in 2019, the former Scarlets coach had only overseen victories against Italy and the Barbarians during a miserable 12 months in charge.

This was the third meeting between the two countries, with Wales having won the two previous games, 13-6 in Cardiff in 2017 before a more convincing 43-14 success at the 2019 World Cup in Japan.

Pivac made a raft of changes, with only flanker Justin Tipuric, who took over the captaincy, and full-back Liam Williams remaining from the side soundly beaten by Ireland in their Autumn Nations Cup opener in Dublin.

Williams’ appearance for the land of his Rhyl-born father came 17 months after he had made a Twickenham try-scoring appearance for England in an uncapped match against the Barbarians.

Sheedy was the newest model to emerge from Wales’ famous fly-half factory, with the Bristol outside-half, like Rees-Zammit, handed his first start.

Georgia made five changes from their 40-0 defeat to England in their Autumn Nations Cup opener, with hooker Jaba Bregvadze, lock Kote Mikautadze and flanker Otar Giorgadze back to bolster a pack that has been their biggest weapon over the years.

With eight of the starting 15 plying their trade in France, including six of the forwards, Georgia had cause for optimism against hosts who had nine starters with fewer than 25 caps.

Wales’ set-piece has struggled in recent games, but their scrum and lineout was strong in the opening exchanges and Sheedy profited from that superiority up front to land a 10th-minute penalty.

Despite the wet conditions, Wales were keen to play with ball in hand and Rees-Zammit almost scored following Sheedy’s cross-field kick.

Rees-Zammit did not have to wait long for his first Test try, though, centre Nick Tompkins driving towards the line after 26 minutes and recycling possession.

Sheedy floated a lovely pass to the waiting 19-year-old and then converted from the touchline for a 10-0 interval lead.

Georgia hooker Bregvadze was penalised for a high tackle on Seb Davies, but Sheedy missed the chance to extend Wales’ lead.

However, he made no mistake from in front of the posts after the visitors were caught offside.

Georgia were reduced to 14 men for 10 minutes when flanker Beka Saginadze caught Tipuric with a swinging forearm that led to his departure and Webb taking over the captaincy.

Webb accepted Rees-Zammit’s pass four minutes from time to seal the win, but Wales know a far sterner test awaits them in Llanelli next weekend when Six Nations champions England are their final Group A opponents.