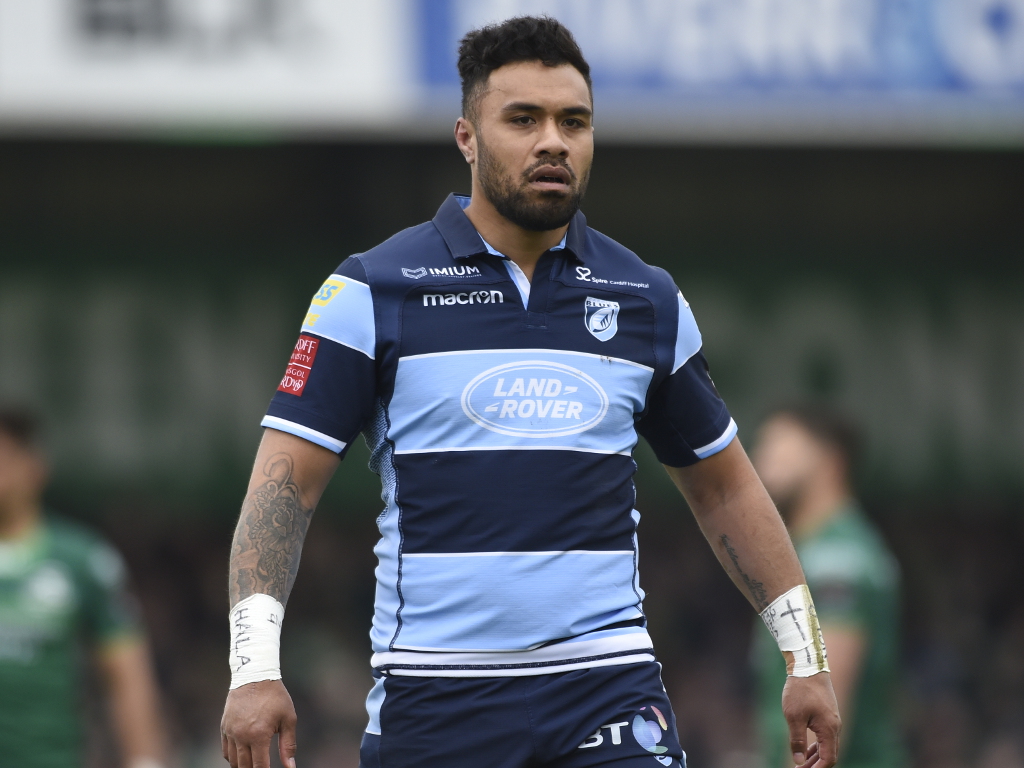 Cardiff Blues have announced that new Wales cap Willis Halaholo has inked a long-term contract extension to remain at the Arms Park.

The popular centre, who joined the region in 2016, came off the bench and starred as Wales maintained their winning start to the Six Nations with victory over Scotland.

It capped a memorable week for Halaholo, who put pen to paper on a new contract with Cardiff Blues before linking up with the Wales squad.

Halaholo said: “I’m really pleased to sign this new deal and commit my future to Cardiff Blues, especially at such an exciting time for the region.

“From the moment we arrived here, the welcome has been unreal and this truly feels like home. My family and I love it here in Cardiff and I cannot wait to run out at the Arms Park in front of our incredible supporters once again.

“With Dai Young coming in as director of rugby and such an exciting and developing squad, it was a simple decision for me to make. We are definitely heading in the right direction and I’m looking forward to competing and challenging in every game and competition we play.

“Now I am focussed on taking my game to the next level. It was a long road back from my knee injury but I feel I am rediscovering my previous form and there is definitely more to come.

“I am just really happy I get to do that in a Cardiff Blues jersey and with a group of players, staff and supporters who have become a family.”

Since arriving in the Welsh capital, on the back of a Super Rugby title with the Hurricanes, Halaholo has become a central figure in the Blues midfield.

He played an instrumental role in the 2018 Challenge Cup triumph and has now amassed 76 appearances for the region, scoring 15 tries.

Having missed out on international honours due to a knee injury in 2019, Halaholo made his long-awaited Test debut from the bench last Saturday. He played a key role in an impressive comeback and had a hand in three of Wales’ four tries at Murrayfield.

🗣️ "It was almost like everything he touched turned to gold."

Cardiff Blues interim director of rugby, Dai Young, was pleased to see Halaholo perform on the biggest stage and is delighted he will remain a key figure at the Arms Park.

Young said: “First and foremost we are just really pleased Willis has put pen to paper and is excited about his long-term future here in Cardiff.

“Everyone knows Willis’ ability as a player, he carries hard, has electric feet and is a quality defender. He is the kind of player that gives the opposition headaches as you don’t know what he’s going to do. He certainly has that X-factor and it’s important to have those game changers.

“It was great to see him called up by Wales and I was very impressed with his performance in Scotland, where he made a big impression and displayed real maturity and leadership.

“We wish him all the best for the remainder of the Six Nations and hope he gets further opportunities, before welcoming him back to the Arms Park.

“He has a big future here as a key figure in our group and someone who can continue to improve and build on his game.”