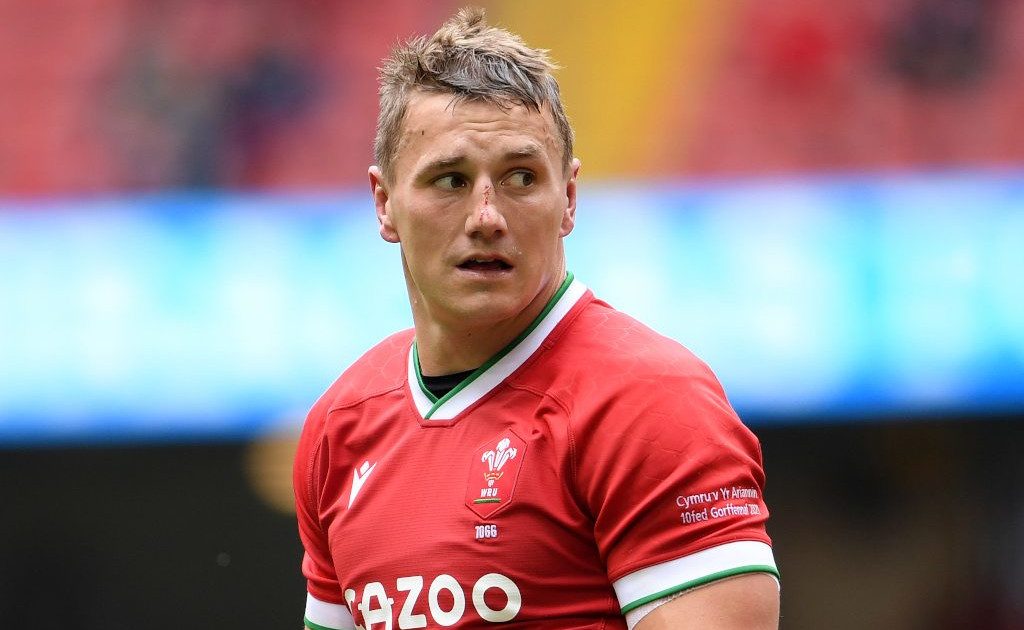 Wales centre Jonathan Davies has revealed they are excited by the challenge of facing New Zealand in their Autumn Nations Series opener in Cardiff on Saturday.

Wayne Pivac’s men will be under-strength as they begin their campaign against a country they have not managed to defeat since 1953, a horror drought for Wales.

“Everyone talks about the record of the last 50 or 60 years against New Zealand,” Davies said at the Autumn Nations Series official media launch.

“But it is a great way for us to start our autumn series. I think it is the excitement of the challenge. It’s a tough task, but I think the boys are focused and we’ve had two good weeks of preparation.

“We are focused on getting a performance and accuracy on the pitch to hopefully gain a good result, which would be a great way to start this autumn.”

For the first time since they met Six Nations opponents France in February last year, Wales will play in front a capacity 70,000-plus crowd at the Principality Stadium.

And Davies added: “It is an exciting prospect having a full Principality Stadium. It’s something the boys are relishing.

“I think it is one of the reasons why we all play the game. The bus trip in from the hotel to the stadium and seeing the streets full of Welsh supporters is amazing. Their roar is one of the best in the world.

“We’ve talked about being away from the fans for the last 18 months, but the opportunity to now go out and play in front of a full crowd is something you can’t take for granted. It is really exciting for whoever gets that chance.”

Davies, who has won 91 Wales caps, has only once been on a winning side against New Zealand and that was for the 2017 British and Irish Lions in Wellington.

But the 33-year-old is enthused by an autumn schedule that also features appointments with South Africa, Fiji and Australia.

“I think if you look at the last few autumns, leading into the (2019) World Cup we were able to get that win over Australia after not winning (in that fixture) for 10 years,” he said.

“We’ve beaten South Africa the last few times, so for us it’s making sure we are accurate and compete at the highest level. There are some great fixtures to be excited about this autumn.

“We have got a good crop of boys, and we’ve got to make sure we are all competing in the week and making sure the team is as best prepared for the weekend as possible.

“I am excited about the challenge, and I have always wanted to compete against the best.”

‘Wales have belief to beat All Blacks’ – Tomas Francis

Wales’ poor overall record against the All Blacks will not be a factor when the sides meet at the Principality Stadium in Cardiff on Saturday.

That is the word from Ospreys and Wales front-row Tomas Francis, who believes they will not be facing a psychological barrier despite his country losing their last 31 Tests against New Zealand.

Asked if there was a psychological barrier against the All Blacks, Francis said: “No, I don’t think so.

“People used to say that about Australia (Wales suffered 13 successive losses to the Wallabies between 2009 and 2017) and then we beat them twice in a year.

“So I don’t think it’s a banana skin or there is a hoodoo over it. They are a tough team, and you have to perform to the best of your ability to be in the game, and that’s all you can do.

“It doesn’t affect us what people say in the public, it is the belief we’ve got in the squad.”