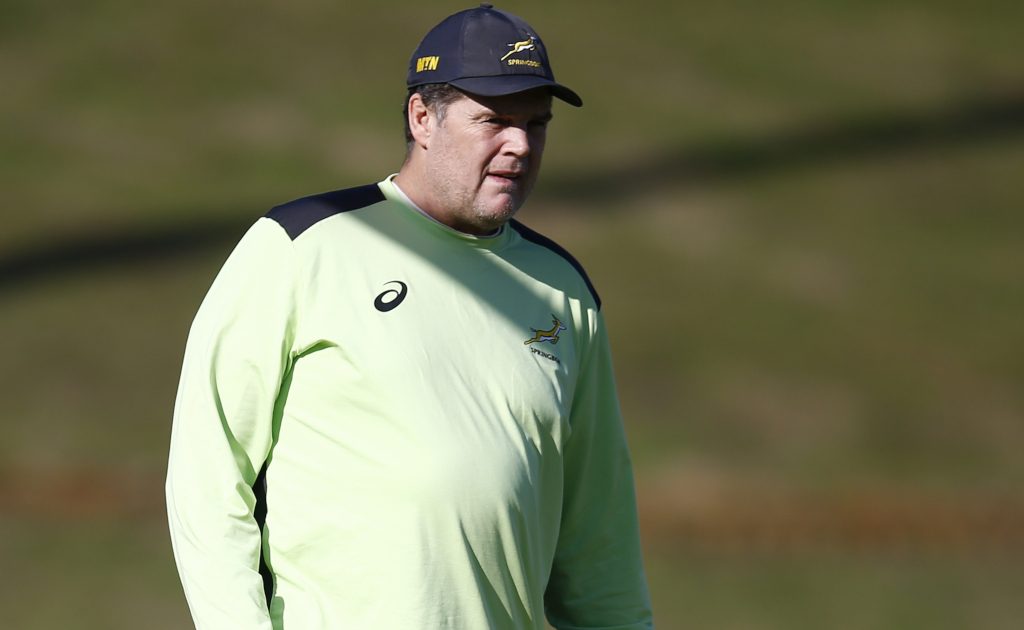 Rassie Erasmus has offered to step back from South Africa’s series against the British and Irish Lions in an hour-long video that intensifies his online campaign against Warren Gatland’s tourists.

Erasmus addressed the camera directly for 62 minutes, raising a number of concerns over the officiating of referee Nic Berry in the Springboks’ 22-17 defeat in last Saturday’s first Test at Cape Town Stadium.

The mastermind of the Springboks’ 2019 World Cup triumph revealed that the video has been produced without the knowledge of his union.

“If you guys request that I’m not involved further with these Test matches, no problem. If you request I’m not a water carrier, no problem,” Erasmus said.

“If you think this was going over the top and this shouldn’t go out to the media, then I did this in my personal capacity, not as part of the Springboks. And I’ll withdraw myself from the Springbok management team.”

Erasmus believes the Lions gained an advantage ahead of the series opener by using the traditional media to highlight an illegal tackle by Faf de Klerk in the South Africa ‘A’ game and criticise the appointment of Marius Jonker as TMO.

Jonker, a South African, is in place for all three Tests after New Zealand’s Brendon Pickerill was forced to pull out because of coronavirus-related travel restrictions.

“We feel we got no joy from anything because we were quiet last week and they were all over the media,” said Erasmus, who has repeatedly attacked the Lions on Twitter.

“In some of the clips I might have sounded sarcastic and I apologise for that, I guess some of the frustration is just I don’t understand at this level we are waiting 12 years to play a match like this.

“We just said let’s not moan in the media and here we are on a Tuesday morning with an hour of 26 clips because Nic was not available, and they only do their review on a Monday and we have got one training session after today and we haven’t had any feedback. It is a negative place to be at. I think we can do it much better.”

Has the Springboks’ director of rugby lost the plot? Or is he an absolute genius for maintaining his stance?