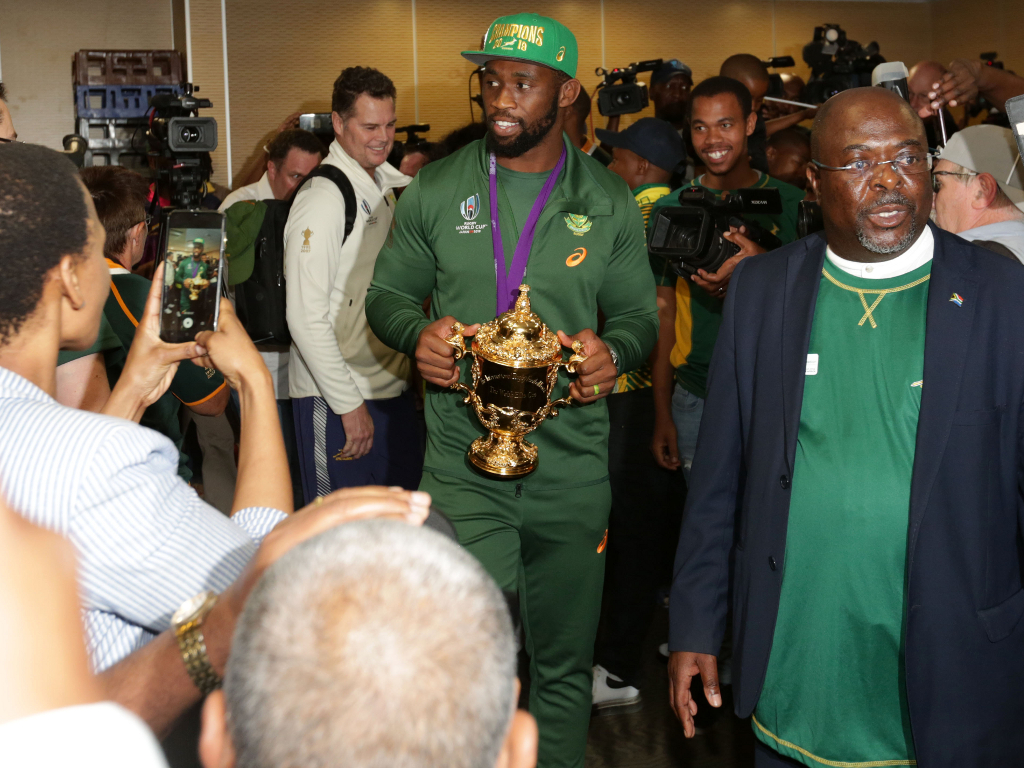 South Africa captain Siya Kolisi was a visitor to Anfield on Wednesday to watch Liverpool take on Napoli.

The Rugby World Cup winner posted a video on the famous turf before kick-off expressing his excitement about the game. However, the match finished 1-1 as Liverpool could not get past their Champions League opponents.

Earlier, Kolisi was at Sky Sports studios discussing the impact their success had had in the Rainbow Nation.

“We were so happy as a team and this (the trophy parade) made us realise what we had done. To see people in South Africa so happy and united was really strong and we’re hoping it carries on for years to come,” he said.

Kolisi’s story is one of hope for youngsters struggling in poverty in the country and the inspirational Bok captain continued by saying that dreams can come true, with a segment of the interview with Gail Davis found below.