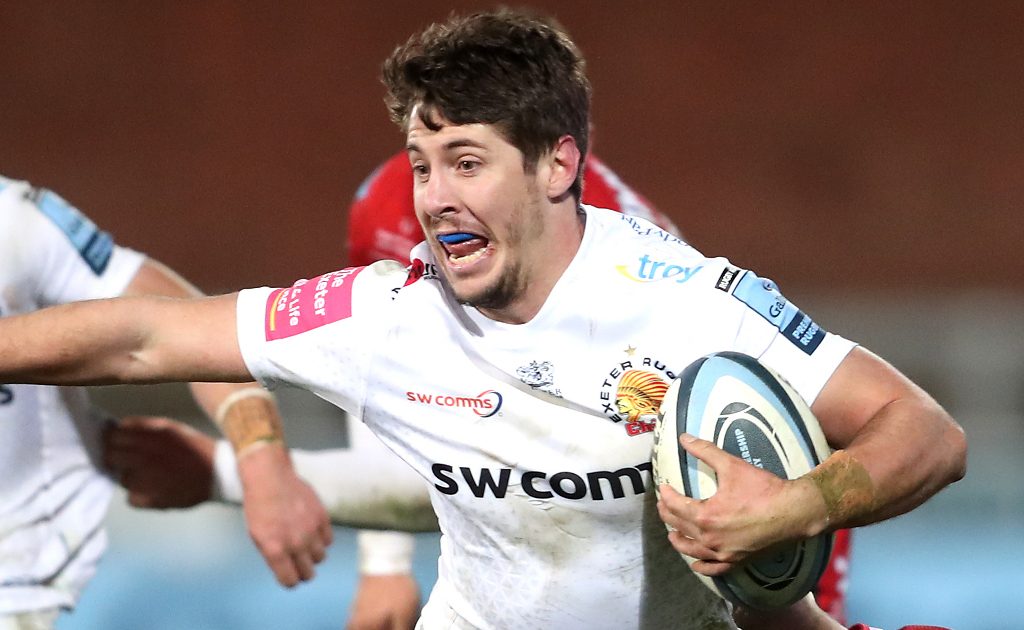 Exeter Chiefs director of rugby Rob Baxter has spoken of his delight after it was confirmed Facundo Cordero has agreed a contract extension with the reigning English and European champions.

The 22-year-old joined the Chiefs in July of last year, following in the footsteps of older brother Santiago, who enjoyed two highly successful seasons at Sandy Park, scoring 10 tries in 33 appearances.

Cordero – who can play at full-back or on the wing – made his debut for the Chiefs in last season’s Premiership game away to Saracens.

Since then, he has featured 11 times for Baxter’s side, scoring two tries – the pick of which was his sublime solo effort in the game away to Sale Sharks back in February.

Baxter said: “He has been fantastic, hasn’t he?

“He came over on a bit of an opportunity contract for what was remaining of last season and this. Obviously, we had managed to look at a fair bit of footage of him playing over in Argentina and you could see his stepping his ability and that he was brave defensively.

“Anyone who has watched our games will see that once he’s had to sprint the length of the field a couple of times in some kick battle chases, there is a little bit of a blow that goes on, but he’s working very hard at that and the truth is it looks like he has all the capabilities to be a very good player for us.”

A popular member of the current Chiefs squad, Baxter believes Cordero’s best years are still very much ahead of him and he hopes this new deal will help bring the best out of the fleet-footed flyer.

He added: “He’s a bit like Santi in that he has that top-end winger pace that you see in some guys, where they just stay on the wing and zoom around the outside. But, ironically, he is a lot quicker than you think and he has that ability to beat people in a small space and come through tackles is fantastic.

“I think sometimes that is a bigger quality to have in your team than out and out pace, it’s someone who can get you over the gain-line is absolutely invaluable and that’s definitely his speciality. His high ball skills are improving all the time – and that’s massively important for a player who plays full-back or wing – and defensively he looks very sound.

“He has already come up with some fantastic defensive moments for us already, so I am really excited about the deal because I think he will feature strongly for us, not just for the remainder of this season, but the next couple of the seasons.”

With much the current Chiefs squad tied down for the foreseeable future, Baxter is confident that the Devonians will continue to push forward on all fronts.

“I think if you see someone who has the qualities worth having a look at – and they prove them to you, like Facu has done – then the first thing you want to do is make sure you can carry on working with those qualities for the next couple of years. That is what we have done.

“As I said, he’s a young man, I kind of think he can only get better – and he’s already pretty good – so that not only bodes well for him, but for as well as moving into the future.”