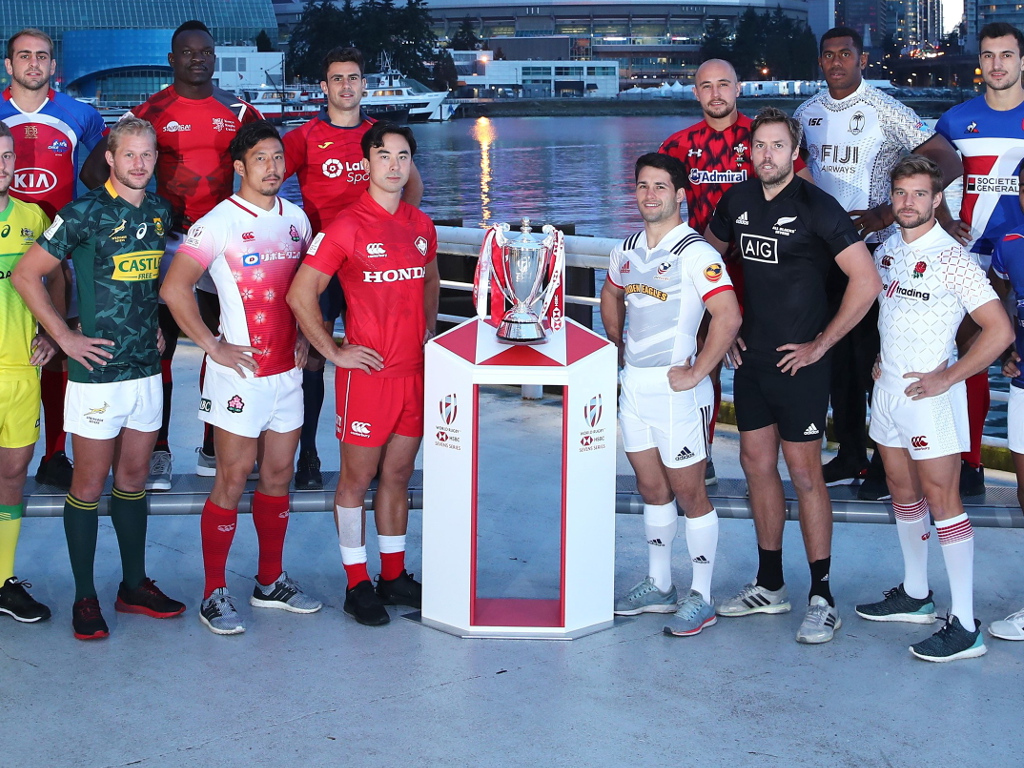 16 captains posed at False Creek Seawall in Vancouver as BC Place lights up the city ahead of the Canada Sevens, the sixth stop on the Series.

The win puts the Eagles top of the table going into the HSBC Canada Sevens in Vancouver hosted at BC Place Stadium on March 9 and 10.

The competition kicks off at 09:08 local time (GMT-8) on Saturday when England, currently placed fourth in the series, take on Scotland.

“We had a great weekend in Vegas in front of the home fans. Day one didn’t go the way we wanted it to but once we got through the knockout rounds the guys really stepped it up. It was such a special weekend, one that we will remember for a long time,” said USA captain Madison Hughes.

“We are feeling good going into Vancouver, we are going to have three hard matches but we are confident in ourselves and believe in ourselves so we will take it game by game and give it everything we’ve got. We love coming to Vancouver, there’s a big energy in the stadium and we are looking forward to getting out there.”

Speaking at the captain’s launch, Canada captain Nathan Hirayama added: “We are hoping for a better weekend than last weekend, it was definitely disappointing for us in term of results but there are a lot of positives we can take from it and we have been working hard this week. We are really looking forward to this weekend and playing in front of a home crowd.

“It’s a difficult pool, they are all difficult, but this one is especially tough and we are not looking past any game – each one is going to take our best efforts to get a good result. We are all really excited to get out there, half our team is from the lower mainland, so this is always a really, really special one for us and we can’t wait for the weekend.”