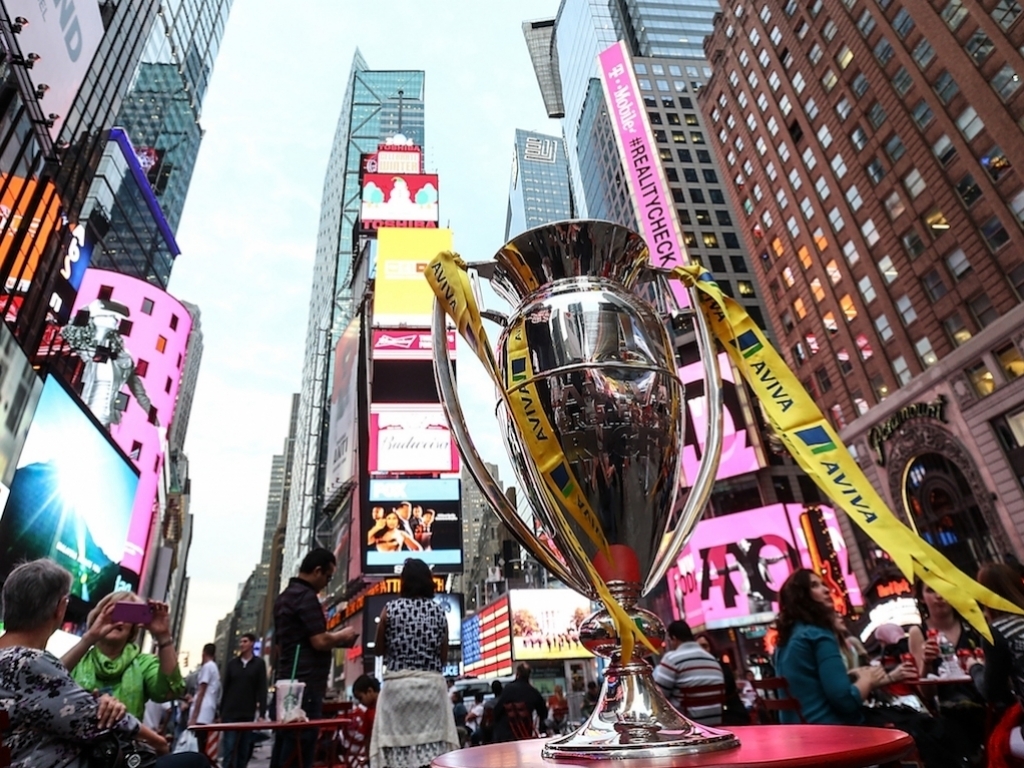 Premiership Rugby has hailed the league’s new US broadcast rights deal as a “phenomenal” development for the English game and the sport in general.

NBC were announced as the Premiership’s new media rights partner in the United States this month in a three-year deal, with a further two-year option, that is set to provide rugby fans in the States with an unprecedented level of English top-flight rugby action and analysis.

“We have been working hard to develop a solid platform for growth in the US and with NBC to create a deal that works really well for the game,” insisted Dominic Hayes, Premiership Rugby’s commercial director.

The financial details of the deal, negotiated directly by Premiership Rugby for the first time, have not been released but it is understood that it represents an improved return for the country’s leading clubs.

However, securing increased exposure for the sport in one of the sport’s key developing markets was an equally important factor in negotiations – and Hayes is delighted that they can now deliver that to fans old and new.

“Specifically they will be delivering a ‘Game of the Week’ every round of the season on NBCSN (a digital cable and satellite television channel) that’s available in around 85m households,” explained Hayes. “That is an enormous footprint and phenomenal for us as a league and phenomenal for our clubs.

“They will also take another 50 or so games and put them on their NBC Sport Live Extra live streaming service which is a digital platform that has 20m active users. To put that in perspective, their app is bigger than the pay TV market in the UK.”

Hayes insisted that the amount of rugby that would be broadcast under the NBC deal compared with that on offer under the agreement with previous partner beIN Sport would be like “night and day”.

“beIN Sports had a lot of other content and didn’t prioritise Premiership Rugby within their schedule and we tended to have late night time slot. That was just a function of their priorities as a broadcaster. They liked Premiership Rugby but did not put a large focus on it," he explained.

In contrast, Hayes highlighted that rugby would be a key component of the NBCSN output. “Without a doubt, I have never felt the level of commitment to growing a brand on their air as I have sensed with NBC in recent weeks,” he said.

“We have already started to work on our plans for next season in terms of how we will present and produce and how we will combine with them to create compelling programming.

“They are incredibly motivated and this is an incredibly exciting time to be here. They can see that we want to work here to grow the brand and they want to be part of that journey.

“Historically they have been a great brand builder here with Premier League football and the Ryder Cup and they have got the Open Championship from next year. They love creating brands on their air and it’s not only great for them but great content.”

“They will take three live Premier League football games on a Saturday and coming out of the third game they will go straight into an Aviva Premiership rugby game either live or as live – and that will be week in, week out.

“They will take the BT Sport commentary from the UK but they will have their own studio presence they will bring in their own analysis team, most likely English talent, maybe recently retired players.

“They are really investing in it and in what they call ‘eventising’, creating a TV event week in, week out. That is how you build a brand and their production will illustrate that.”

The headline-grabbing deal was celebrated with coverage of the first-ever Premiership match on US soil between London Irish and Saracens at the weekend with the actual deal set to begin next season with Hayes incredibly excited by the exposure.

“The US market is mind boggling in its scale,” enthused Hayes, “and when you partner with NBC you are working with an 800lb gorilla – they really are the dominant network. They are the Olympic broadcasters, boast a great reputation and we are very fortunate to partner with them.”