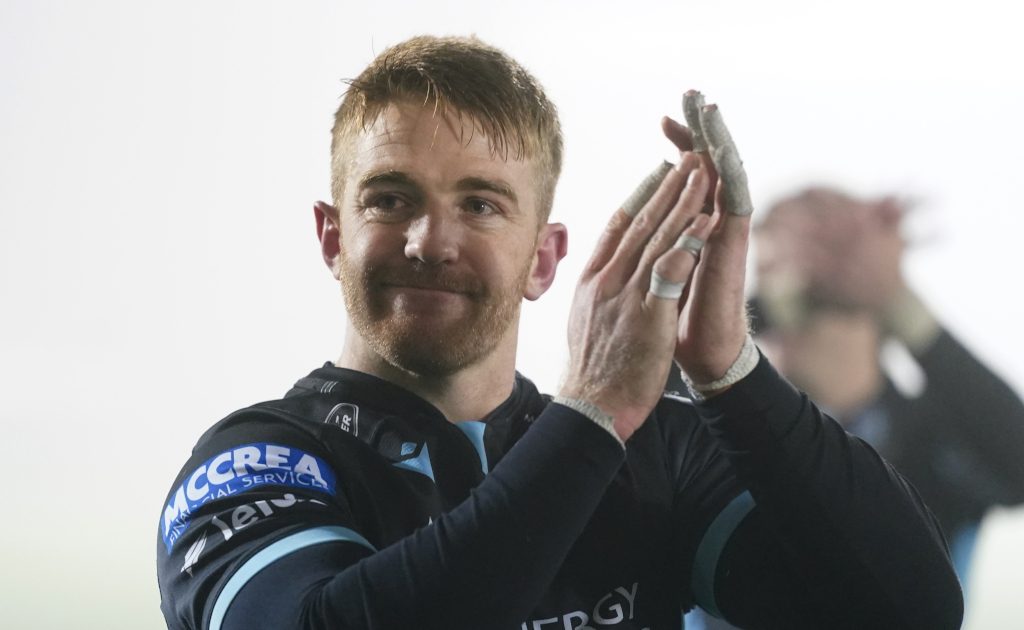 Glasgow have announced a long-term contract extension for Scottish international Kyle Steyn, the latest in a series of players to extend at Scotstoun.

Steyn has been at Glasgow for four years now, although a combination of injury and Covid lockdown kept him out of action for nearly 18 months in 2020.

His efforts on and off the field saw him named as the recipient of the 2020/21 The Famous Grouse Coach’s Award, in recognition of his drive to return to rugby and the form in which he returned to Glasgow colours.

He has been an ever-present for the Warriors so far in 2021/22, appearing in all 11 of the club’s fixtures to date and crossing for tries against the Dragons and La Rochelle.

On the international stage, too, the flyer has made his mark; after making his international debut against France in March 2020, Steyn marked his return to Murrayfield by scoring four tries in Scotland’s 60-14 win over Tonga last November, the first Scottish player ever to bag a double brace at the Scottish national rugby stadium.

Off the field, Steyn has been heavily involved in the club’s support of Glasgow Children’s Hospital Charity, including in November’s Plaster It Purple match against Leinster at Scotstoun.

His form this season saw him named in Gregor Townsend’s 39-man squad for the Six Nations on Wednesday, one of 11 Warriors included ahead of next month’s Calcutta Cup clash at Murrayfield.

“I’ve loved my time in Glasgow so far,” Steyn told glasgowwarriors.org after re-signing.

“I’m loving my rugby right now, and I love the community feel to both this club and to Glasgow as a city. My fiancee and I are both really settled here and it was a pretty easy decision to stay.

“I still feel like there’s a lot more to come from me, especially in attack. It’s been great to get back to a steady run of games and being involved with the boys, and to play in some pretty big games as well. I’m certainly not taking any of it for granted, though, and I always feel privileged to be selected for this club.

“We’ve got a big opportunity to develop as a group of players – this is a really talented group who I think can do some great things, and that all starts with a massive game against La Rochelle this weekend.”

Glasgow head coach Danny Wilson added: “It’s great news that Kyle has decided to commit his future to the club.

“He’s has been an outstanding performer for the last three years, including with Scotland.

“Kyle has genuine flexibility to play wing and centre, and has been an integral part of our leadership group.

“We’re all looking forward to continuing to work with him over these next few years.”