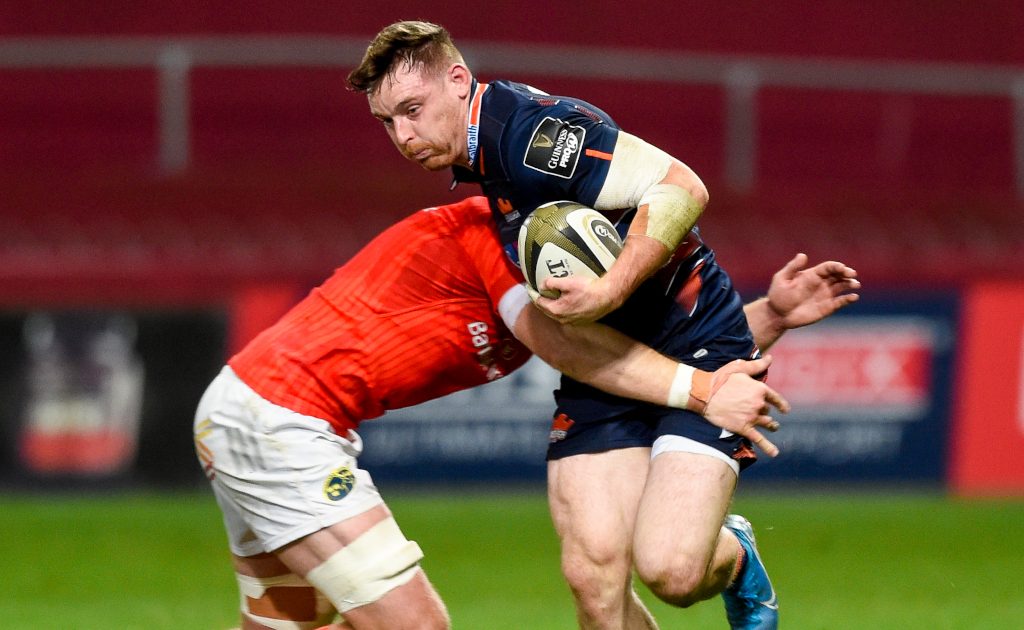 Edinburgh centre George Taylor has been forced to retire at the age of 25 due to concussion, saying it was the toughest decision he has had to make.

Taylor, a former Scotland age-grade international, has not played this campaign and, after talking with those closest to him, made the decision on Thursday.

The centre admits he is quitting the sport he loves for the benefit of his long-term wellbeing.

“My decision to step away from rugby is ultimately down to health reasons. I’ve got to think about my health for the future,” he told Edinburgh’s website.

“I’ve had a history of head injuries that have set me back for months, so after a lot of discussion with management and family, I’ve come to the conclusion that I should step away and move on to other opportunities.

“It’s certainly not been a quick decision. It’s been thought through ever since I got a concussion while in pre-season back in August. It’s been on my mind and I’ve made some sacrifices to try and prepare for life after rugby.

“I had a long conversation with my family prior to Christmas and they shared their opinions, while not trying not to make a decision for me. My brother also retired due to head knocks and he gave me some good insight into how he was afterwards.

“You look back at photos of yourself at games with family and you quickly realise how important family is. Obviously, rugby means so much to me. I’ve been playing since I was six and this was one of the hardest decisions I’ve had to make in my life, if not the hardest.”

Taylor, whose professional debut was against Munster in November 2018, made 38 appearances and scored six tries for Edinburgh.

He admits to being overcome by emotion when informing his team-mates that his time as a rugby player was all over earlier this week as he prepares to head into a career in finance.

He said: “I spoke to the boys and told them my decision earlier this week. Driving into the stadium and walking into BT Murrayfield, I thought ‘this will be fine’, but then I saw all the boys sitting there and it was just a really emotional moment.

“I thanked them for everything they’ve done in my career; they’ve been a massive part of it.”

Head coach Mike Blair paid tribute to Taylor. He said: “We’re obviously gutted for George and we’ll be sad to see him leave the club because we’re losing a great player and an even better person who has been an integral member of our playing squad for the last four seasons.

“It’s never easy to see any player step away from the game at a young age, however, health and family always comes first and it’s clear that George hasn’t taken this decision lightly in any way – rugby is the sport he loves, so I can’t imagine how difficult it must have been for him.

“George is a great guy and someone that players and supporters respect massively because of his commitment to the jersey and the way he plays the game. He’ll be sorely missed by everyone connected to Edinburgh Rugby.”

Meanwhile, 20-year-old Edinburgh prop Dan Gamble has joined London Scottish on a short-term loan deal in a bid to get more game time under his belt. The tighthead will remain registered in Edinburgh’s European squad.

Fraser Brown faces battle to get into squad

However, the hooker acknowledges that the level of competition for places in his position, allied to his own lack of recent game time, means he cannot simply expect to walk straight back into the squad.