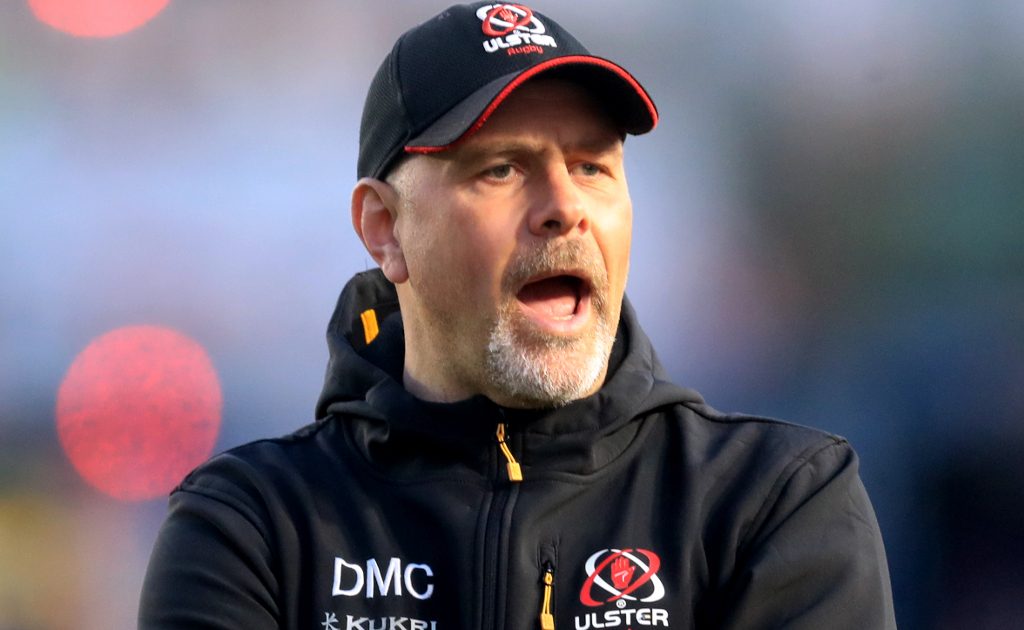 Ulster head coach Dan McFarland is looking for a final push from his side against the Sharks as they search for a home quarter-final.

The Belfast side sits just one point outside the top four, guaranteed a quarter-final with their South African opponents in third place, only one point above Ulster.

McFarland is delighted to have qualified for the knockout stage and is looking forward to the business end of the competition.

“Our long-term goal is to compete for championships and that means playing at the thick end of the season in play-off games, so it is very important,” he said. “It doesn’t get any easier.

“This year our play-off games were against Toulouse, obviously a top-quality side and this year the URC is more competitive than ever.

“That is where we want to be…we want to be playing knockout games and in some sense this game has a play-off-type of feel to it with a home venue as a prize.

“Stadiums don’t win you anything.

“But you would much rather be playing at home than you would be travelling, so it is great to be playing in these types of games at the end of the season.

“But the prize is a home quarter-final and that’s what we’re fighting for.

“That has a huge impact for both teams…for us, it’s about wanting to be able to play at home in front of our fans.

“It makes it a very important game and one that we’re hugely looking forward to.”

There will be one familiar face when the Sharks arrive in Ireland. Noel McNamara, who coached Ireland U20, is part of the Sharks coaching team, and McFarland is looking forward to the challenge ahead.

“I know Noel, he has been very successful and is an excellent coach and you can see that by the way the Sharks play,” said McFarland. “I have a lot of respect for Noel has done, we’ve had a bit chit chat.

“Noel loves his CPD and learning and we have come across each other through that.”

The game will see a notable clash of two Springboks when Ulster’s Duane Vermeulen and Sharks’ Siya Kolisi face up in the loose forward battle.

“Both are fabulous players, both World Cup winners,” said McFarland. “And it is great that our home stadium here has a chance to host players of that quality.

“Siya Kolisi is not the only star in the Sharks team, they have got a number of World Cup winners in their squad and they will bring some stardust to Kingspan Stadium on Friday…just like we will have on the pitch.”