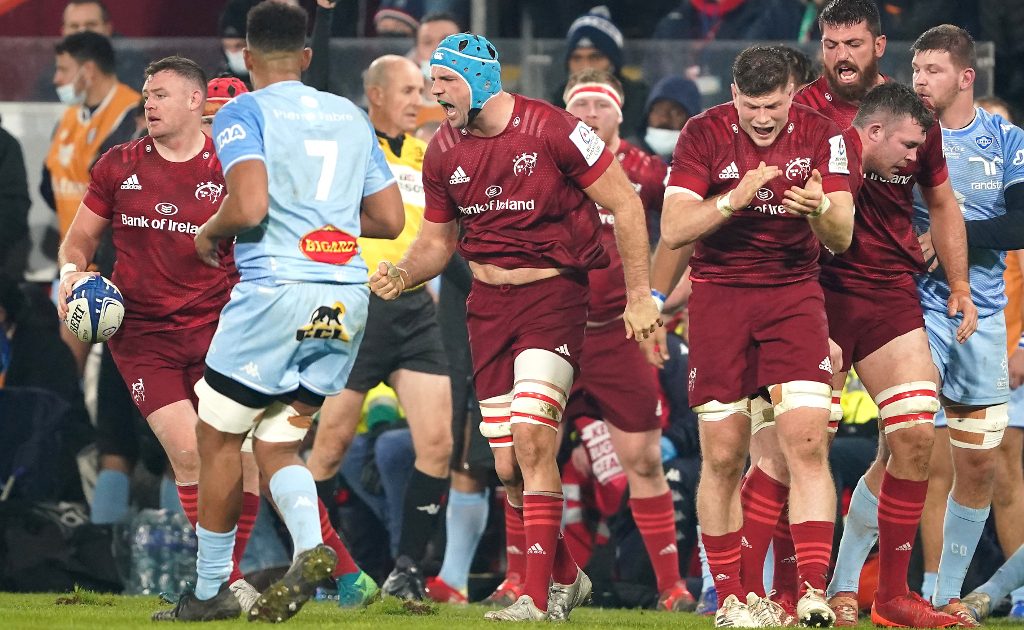 Munster and Ireland utility forward Tadhg Beirne is optimistic about returning to action for the Irish province in their URC quarter-final with Ulster at Kingspan Stadium next month.

Beirne has been sidelined with a thigh injury since playing a prominent role for Ireland during their Six Nations campaign which ended in March.

The recovery process has been slow as the injury is a complicated one but he revealed that he has returned to training and is hoping to be fit in time for Munster‘s play-off against Ulster on June 3.

“It’s been a bit of a rollercoaster for me unfortunately,” Beirne told RTÉ’s Game On show.

“It’s been a slow process. At the start it didn’t look too bad and then it turned out to be a bit of a more serious injury than we first anticipated.

“At the moment it’s a week on week basis. I’m back running and back into a little bit of training here and there, so I’m certainly pushing for [Ulster].

“It’s a massive game and I certainly want to be part of it.”