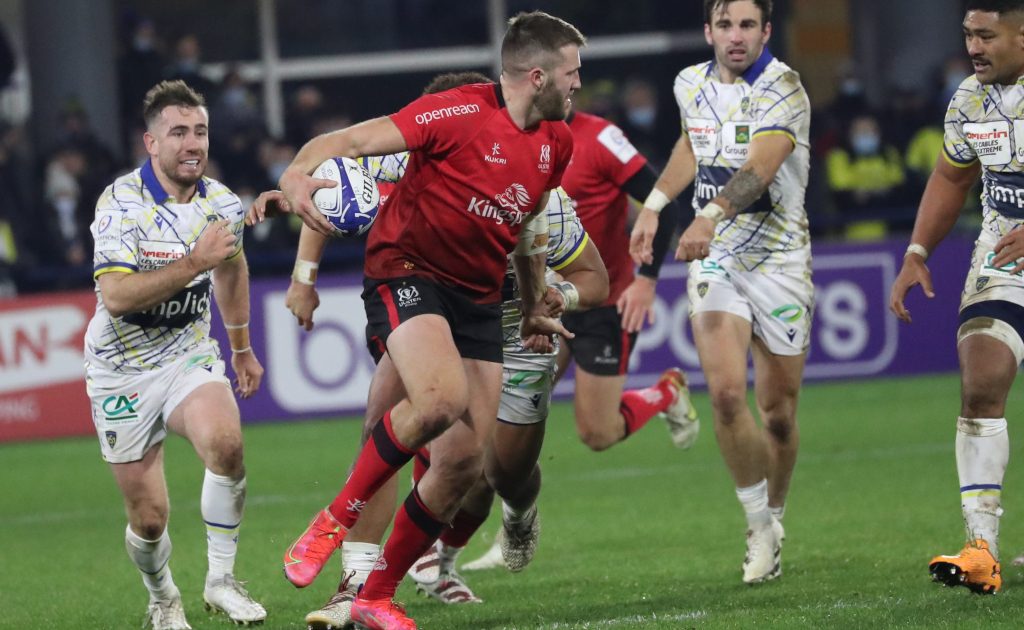 Stuart McCloskey has returned from injury to start alongside Angus Curtis in midfield for Ulster in Friday’s United Rugby Championship derby with Connacht at Kingspan Stadium.

Mike Lowry and Robert Baloucoune have been released from international duties, and are named at full-back and right wing respectively, with Ethan McIlroy making a positional switch to the left wing. Billy Burns and Nathan Doak have been retained from last Friday’s victory over Scarlets.

Andrew Warwick is set to start at loosehead prop alongside John Andrew at hooker, and Gareth Milasinovich makes his first start for Ulster this season at tighthead. Alan O’Connor is once again captain, and will be joined by Sam Carter in the second-row.

The back-row remains unchanged from last week – Greg Jones is named as blindside flanker with Marcus Rea at openside and Duane Vermeulen at number eight.

Declan Moore, currently with Ulster on loan from Munster and set to officially join Ulster on a two-year deal this summer, is named among the forward replacements alongside Callum Reid, Ross Kane and Mick Kearney.

Nick Timoney is also released from Ireland camp to be named on the bench. The backline reinforcements are David Shanahan, Ben Moxham and Rob Lyttle.

Meanwhile, Tom Daly is one of a number of players returning to the Connacht starting team for this United Rugby Championship derby.

Daly has missed the last three months with a knee injury he sustained against Ulster at the Aviva Stadium, but now makes a welcome return to inside centre alongside Sammy Arnold.

The starting XV also includes Denis Buckley for the first time since June, Conor Fitzgerald and John Porch who were unavailable last week, and Cian Prendergast who has returned from a stint with Ireland as a development player.

In all there are 11 changes to the side that disappointingly lost to Glasgow last weekend. Buckley is named in a new-look tight five with Shane Delahunt at hooker and Tietie Tuimauga who’s named at tighthead, while Niall Murray and Oisín Dowling are paired together in the second-row. Jarrad Butler captains the side from number eight, with Prendergast and Conor Oliver on the flanks.

In the backs, fly-half Conor Fitzgerald is handed his first start of the season with Kieran Marmion alongside him, while a new-look back three features Porch at full-back with Alex Wootton and Peter Sullivan on the wings.