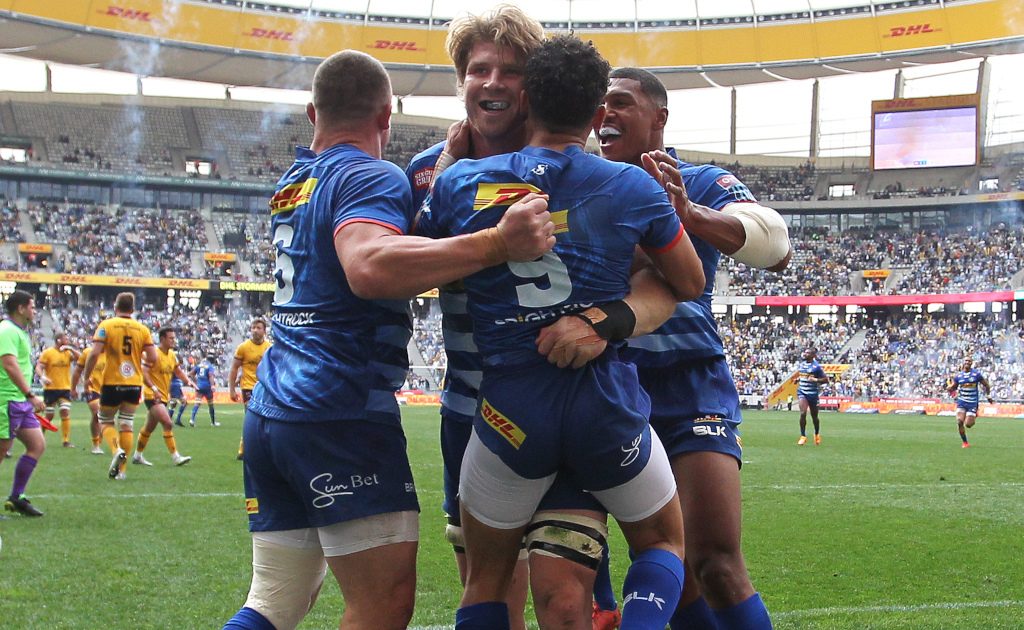 Stormers defeated Ulster 17-15 in Cape Town to earn themselves a spot in the inaugural United Rugby Championship final against the Bulls.

The hosts started fast, with a try each from JJ Kotze and Evan Roos putting them 10 points clear after just 13 minutes of play, before failing to score for the next 71 minutes.

In response to the early tries, Ulster scored a couple of their own with star winger Robert Baloucoune and full-back Stewart Moore both touching down before the interval.

Scrum-half John Cooney added one of the extras as well as a penalty goal to send the visiting Irish side five points clear until the clock hit the red in the second half.

Adre Smith’s red card in the 70th minute looked to be the final nail in the coffin but, with 14 men on the field, the Stormers managed to equalise through a dramatic Warrick Gelant try in the 84th minute.

Manie Libbok then kicked the conversion to send the fans and players wild, and set up an all-South African URC final with the Bulls next Saturday.

Ulster arrived in Cape Town hoping to avoid a repeat of their slow start in that previous meeting, when the Stormers flew out of the blocks to open up a 14-0 lead inside the opening 10 minutes.

However, the hosts got off the mark early once again, with Kotze touching down from a driving maul after four minutes. Libbok’s missed conversion attempt limited the damage.

The Stormers doubled their lead after 14 minutes as in-form number eight Roos shared a neat exchange of passes with scrum-half Herschel Jantjies down the right wing before going over.

Libbok was off target again from the tee and Ulster responded with a try of their own four minutes later – Baloucoune sent over in the corner for a score that was awarded despite enthusiastic claims of a forward pass from the locals.

Cooney followed Libbok’s lead by failing to add the extras, but he was on target to send Ulster in front for the first time after Moore made the most of a well-executed Baloucoune offload to touch down.

Libbok miscued a drop-goal attempt after the Stormers struggled to find a way through the Ulster defence, and Cooney stretched the advantage to five points with a penalty on the stroke of half-time.

The Stormers’ task got even tougher when Smith was shown a red card for contact with the eyes of Iain Henderson 10 minutes from time, while URC top try scorer Leolin Zas had already been forced off through injury.

However, they put Ulster under immense pressure as the clock ticked towards 80 minutes and eventually spread the ball wide to Gelant for a try that allowed Libbok to more than atone for his earlier misses.